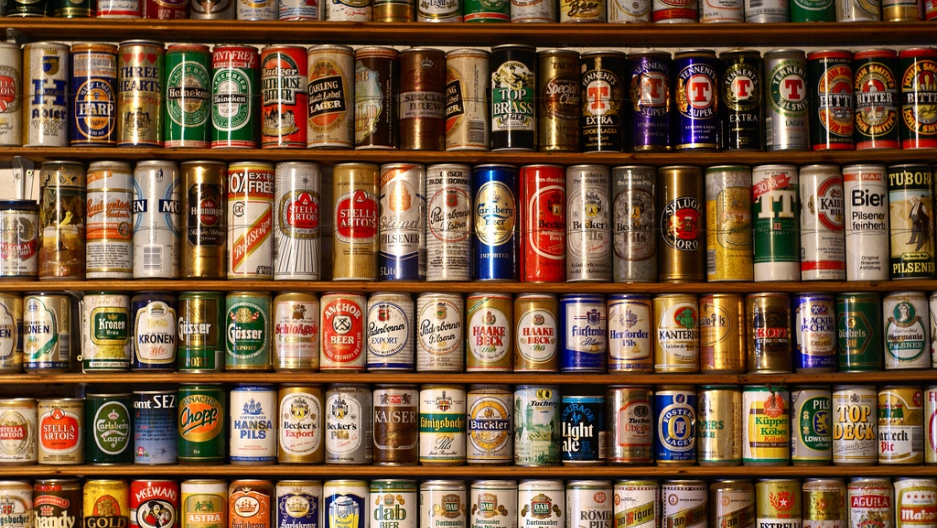 1. L'Archiduc is one of Europe's great bars

2. Just a tram ride away to the leafy, boho neighborhood of Boitsfort

Explore parks, lakes, forests, rows of flower-covered cottages built for the poor as social housing 1920s. The Sunday morning market has locals quaffing Riesling with oysters after stocking up on organic goat cheese, farmers' bread or spit-roast chicken. The area is peppered with good restaurants — most atmospheric is the shabby-chic Miladou.

3. It's hosted top runners in the Memorial Van Damme

4.  Nobody's quite a foreigner 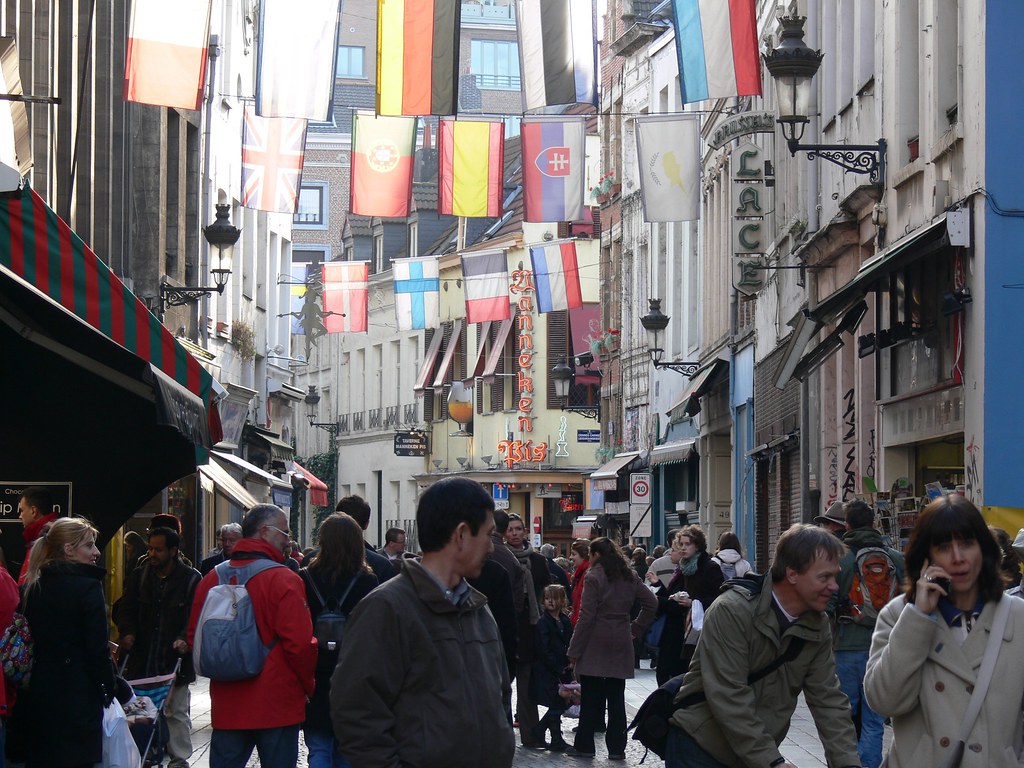 Nobody is a foreigner here because everybody is a foreigner, said writer Eric-Emmanuel Schmitt who swapped Paris for the Brussels. Migrants from around the world make up over a third of inhabitants. You can breakfast on croissants and cafe-au-lait in Uccle's "little Paris," browse for bargains in Molenbeek's Moroccan souks and party to Congolese rumba in Matonge.

5. The Van Buuren Museum houses masterpieces by Van Gogh (and many others) 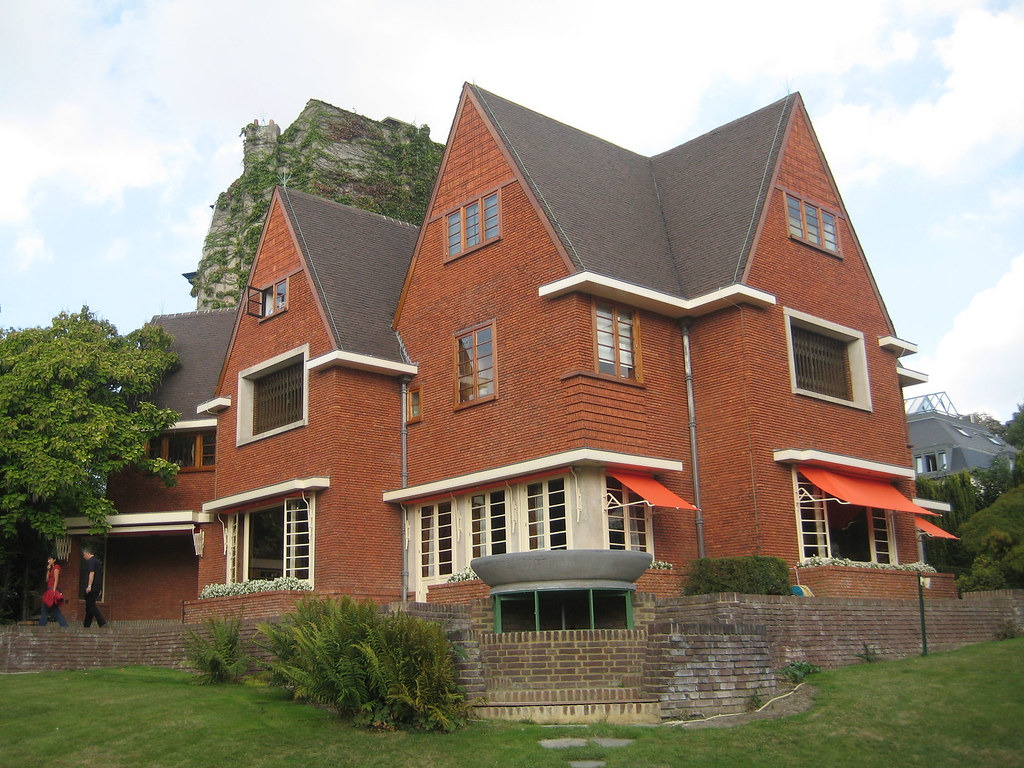 Works from Bruegel, Ensor and others are compiled in a collection by a Dutch banker and tucked away in an amazing Art Deco townhouse.

6. A place of pilgrimage for praline addicts

Ok, we all know Belgium does great chocolate. But for praline treats, visit Pierre Marcolini's shop. One particular treat has fresh thyme and orange zest trapped in a dark and bitter cube of temptation.

7. Summer evenings in the quartier Chatelain Brussels is notorious for drizzle, but on those rare balmy evenings the pavement cafes and restaurant terraces of this cool art nouveau neighborhood are THE place to while away the hours. This is Belgium. Beer is a religious experience. In fact some of the country's 200 breweries are run by monks. In St. Gilles the Moeder Lambic bar is hallowed ground for ale lovers, while the downtown Delirium Cafe offers 2,400 varieties. The Beermania store has 400 Belgian brews to go.

9. It goes "medieval" twice a year For two nights every July, Brussels goes back in time when 1,500 performers resplendent in 16th Century garb re-enact the entry of Emperor Charles V into the city. Sound dull? Actually, Ommegang is a dramatic spectacle of dragon-fighting, flag juggling and stilt jousting set against the magnificent backdrop of the Grand Place.

Want to grab Kaoru Mori's latest manga, the new French literary sensation or a plate of meatballs and fries washed down with sour cherry-infused beer? This sprawling combination of bookshop and restaurant is the place. Many of the city's old tripe shops have closed and it's hard to find a restaurant serving the testicle-based favorite choesels, but restaurants like Viva M'boma and Restobieres still serve up tongue, brain, udder and other animal unmentionables. Do-it-yourself offal-lovers can buy raw at the Anderlecht slaughterhouse market.

12. Place Flagey, the plaza where it's all happening Bach or bossa nova in a concert hall built like an ocean liner. The uber-cool Cafe Belga. Alternative cinema. A multi-ethnic Saturday morning market. And some of Brussels' best fries. 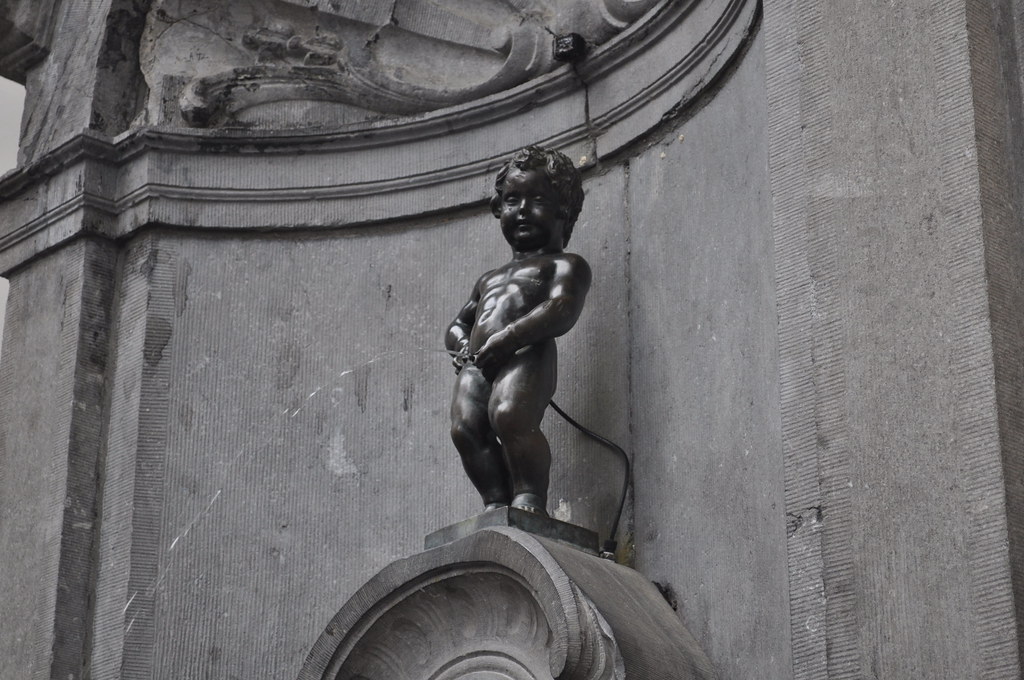 The little peeing boy, Manneken Pis is well known, his female and canine counterparts less so. There are also statue of a giant monkey in a space suit, a cat on a bike and poignant memorials to clowns and pigeons who gave their lives in World War I.

14. The French language's greatest songwriter, Jacques Brel, is from here 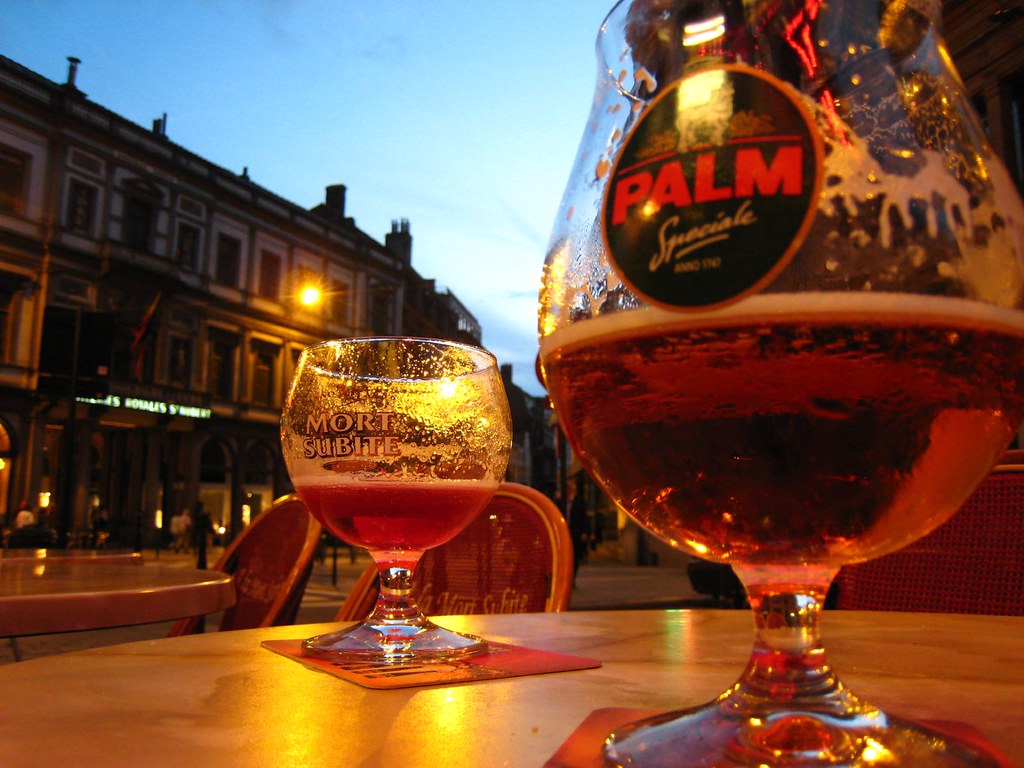 While sadly no longer alive and well, drink a glass of gueuze in Brel's memory at his old table in the A la Mort Subite. 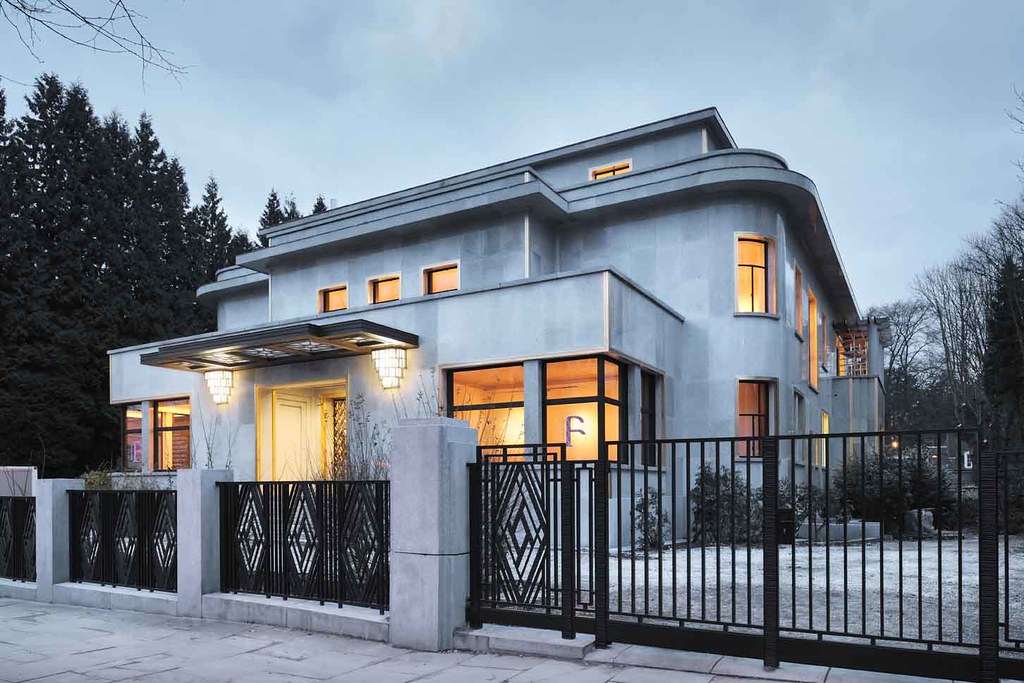 This mile-and-a-half embassy row is packed with great architecture. The weird and wonderful Maison Delune was where jazz was first played in Belgium. The majestic Villa Empain is now a museum of East-West cultural exchange. These budgies make a noisy and colorful addition to Brussels' birdlife, descendants of a few dozen released from an amusement park in the 1970s. NATO headquarters is a favorite haunt. 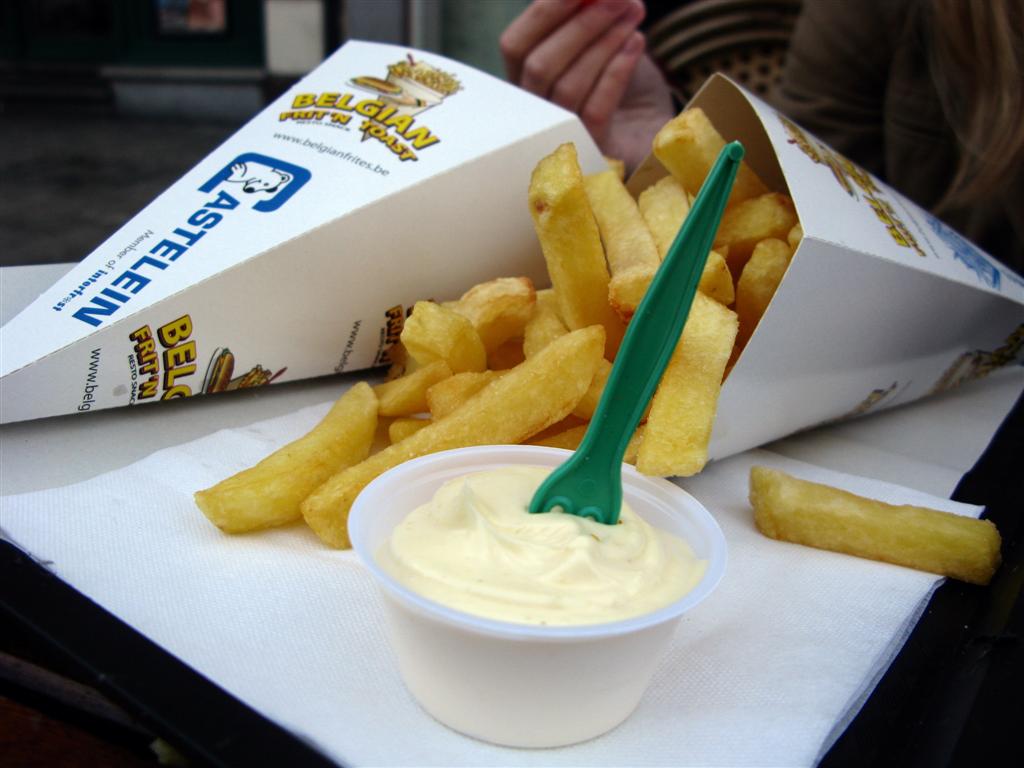 Belgium claims to be birthplace of the deep-fried potato. Best eaten in the street with mayonnaise or spicy samurai sauce. Or to accompany moules — the real mussels from Brussels. 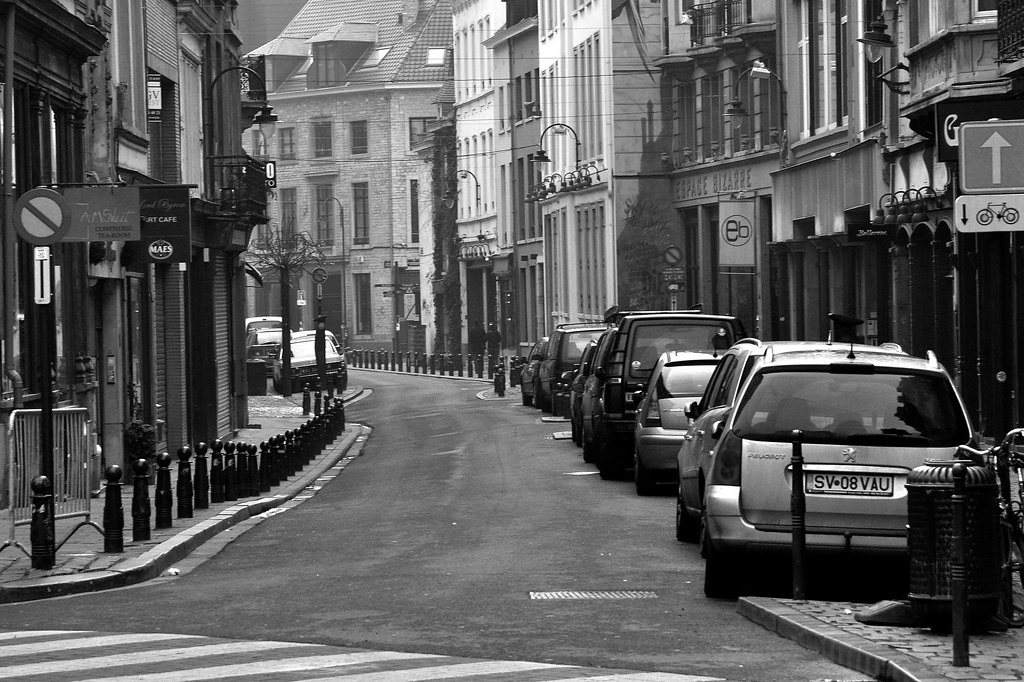 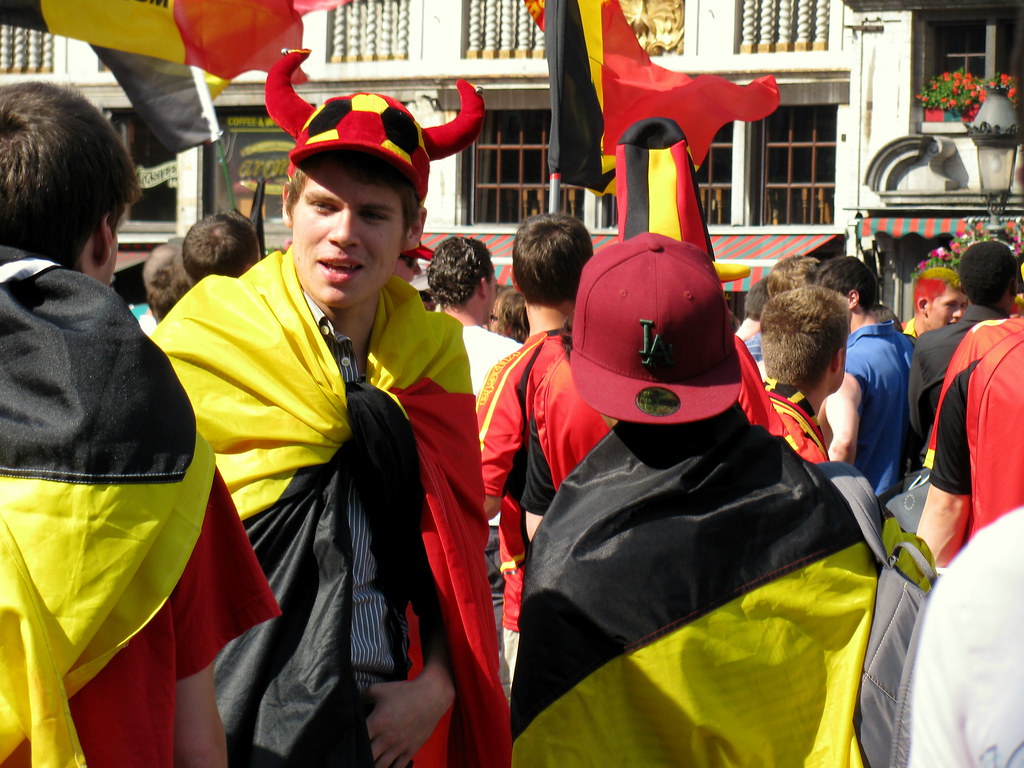 Suddenly Belgium's soccer team is the most exciting in Europe. With stars like Eden Hazard, Vince "the Prince" Kompany and Manchester United's new signing Marouane Fellaini, the Red Devils are on course to set next year's World Cup alight. 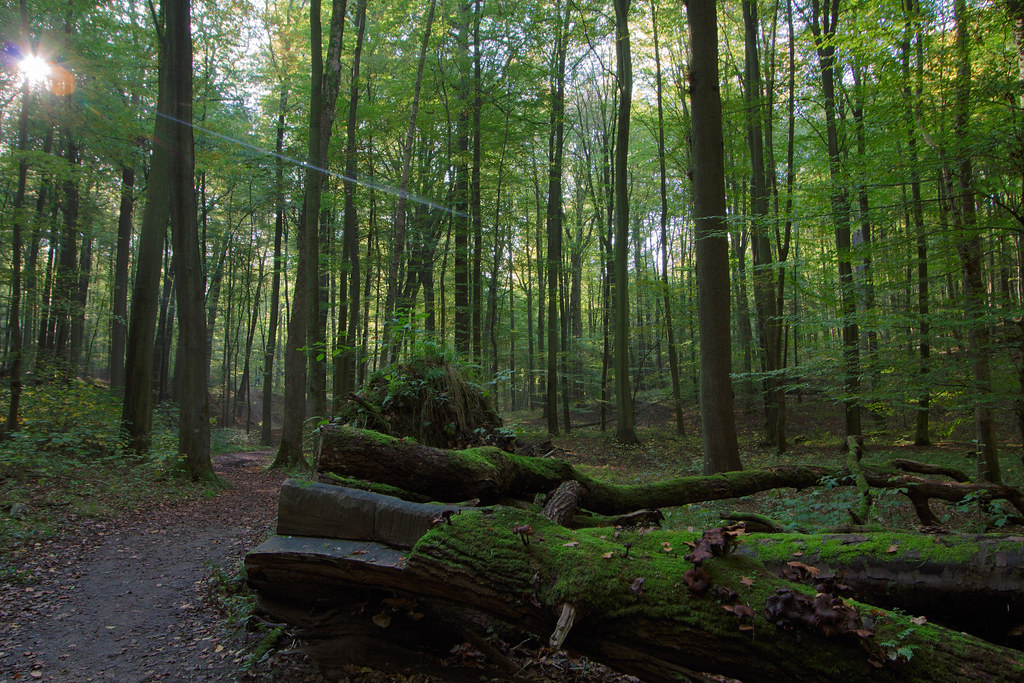 Cycle, walk or skip through this 10,000-acre swathe of greenery curled around the city's southeastern fringe.

21. There are UNESCO World Heritage sites like the Stoclet House 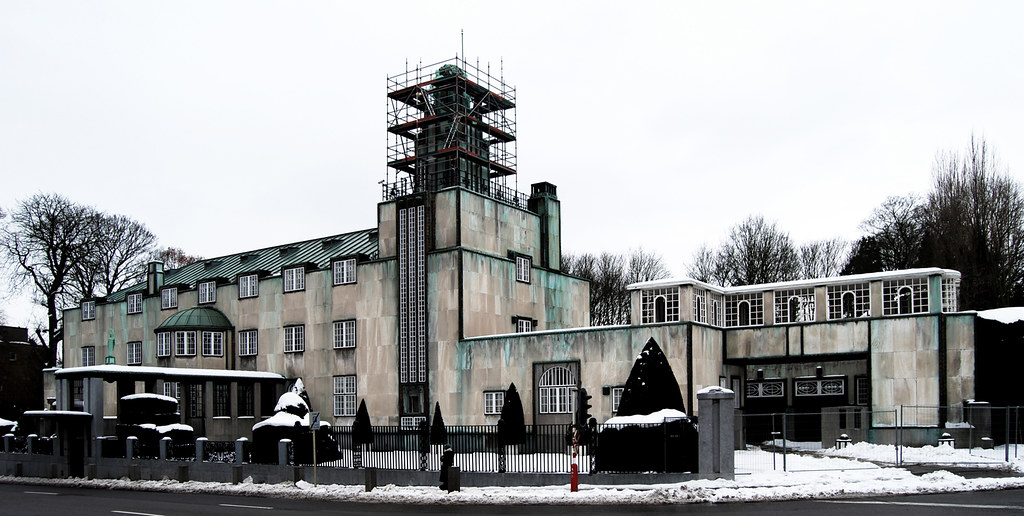 A gleaming masterpiece of Vienna Jugendstil built in Brussels. Designed by Josef Hoffmann decorated by Gustav Klimt. It's a national shame that a family squabble keeps the UNESCO World Heritage site off limits to the public.

From the escalope de foie gras to the creme brulee. All you can ask for from a neighborhood restaurant. 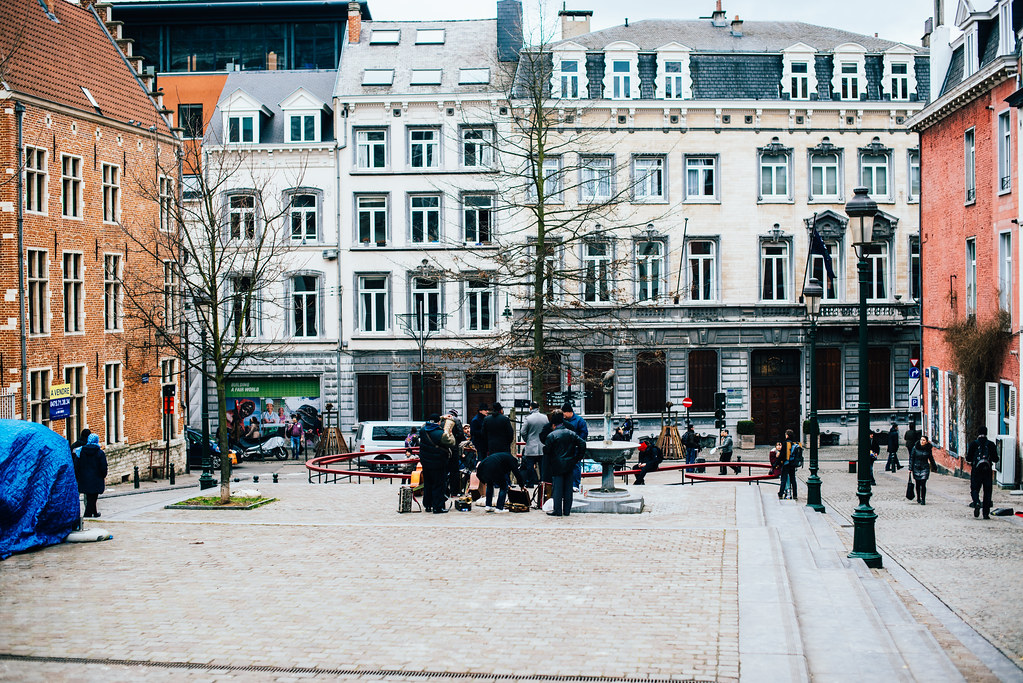 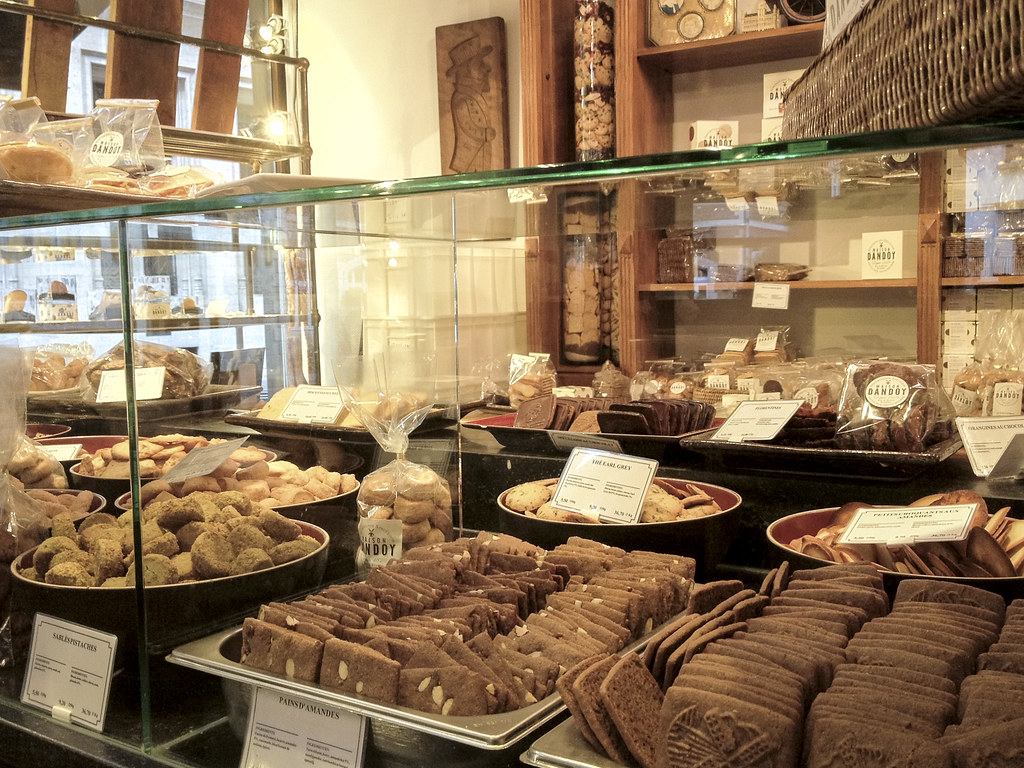 25. It houses one of Europe's most bizarre buildings 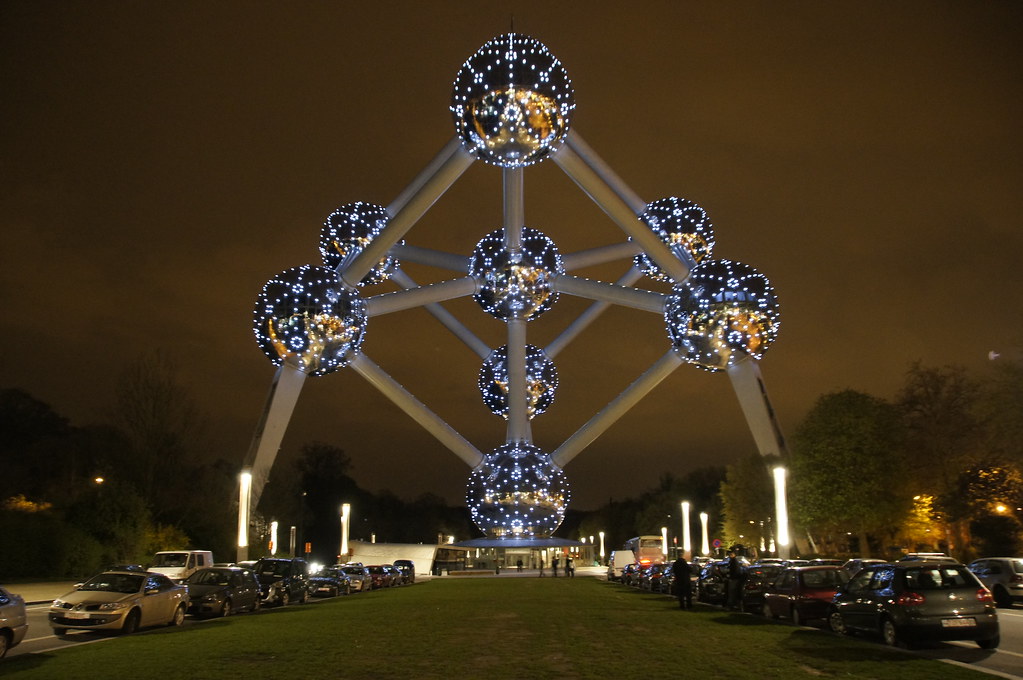 Eat your heart out Eiffel Tower, the Atomium is Europe's oddest giant metallic construction with no real purpose other than just being there. Offering a panoramic view of the city, CNN called it one of Europe's most bizarre buildings. 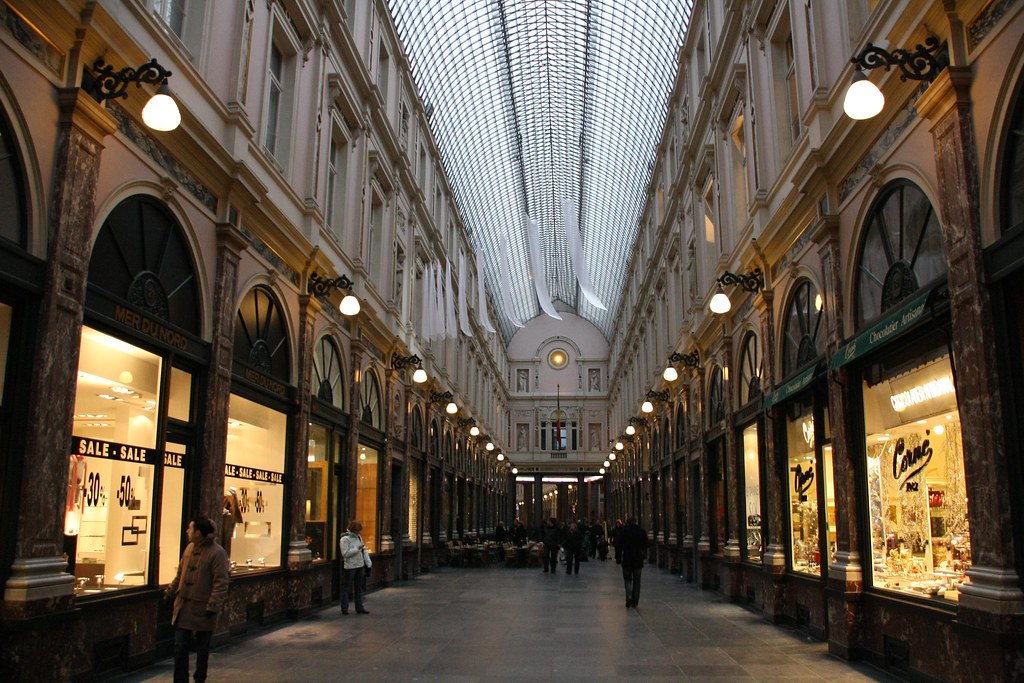 The Galeries Saint-Hubert is the world's oldest shopping mall. Is any built since more beautiful? 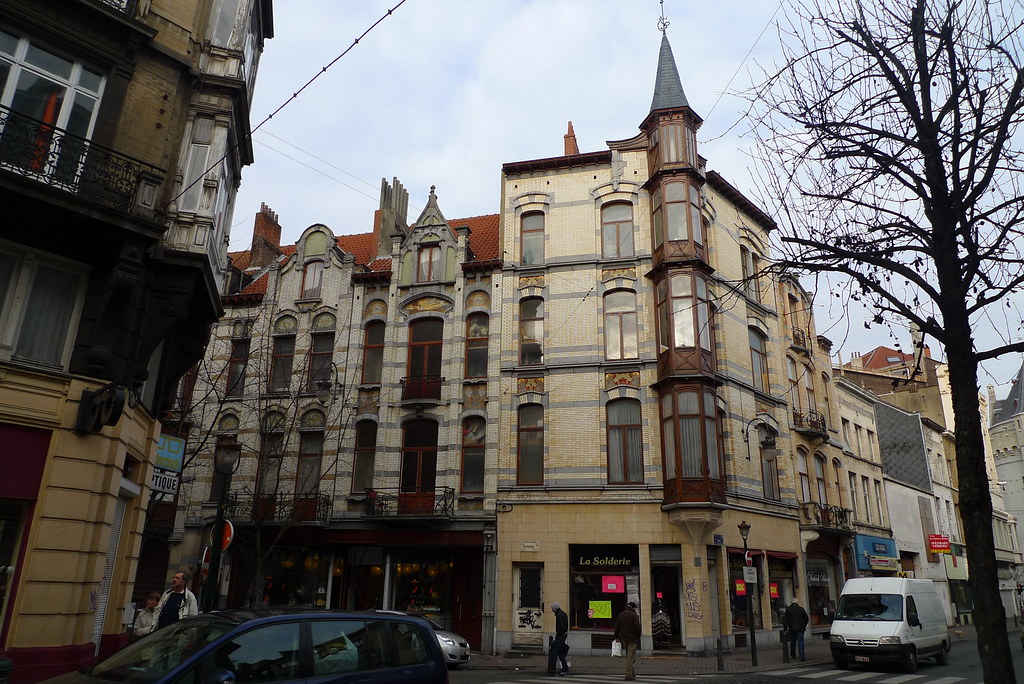 Four of Victor Horta's houses are World Heritage sites, but there are dozens of other art nouveau gems sprinkled around Brussels despite the demolition spree that disfigured the city in the 1960s and '70s. 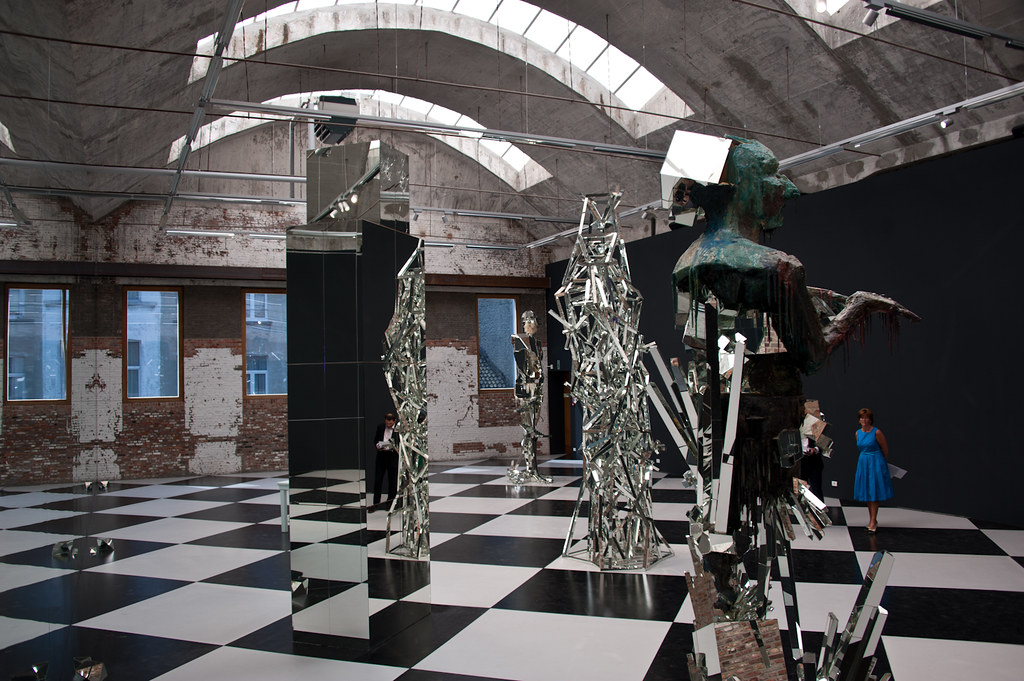 Hidden in a gritty inner city neighborhood is the Vanhaerents Art Collection, a treasure trove of outrageous and disturbing contemporary art.