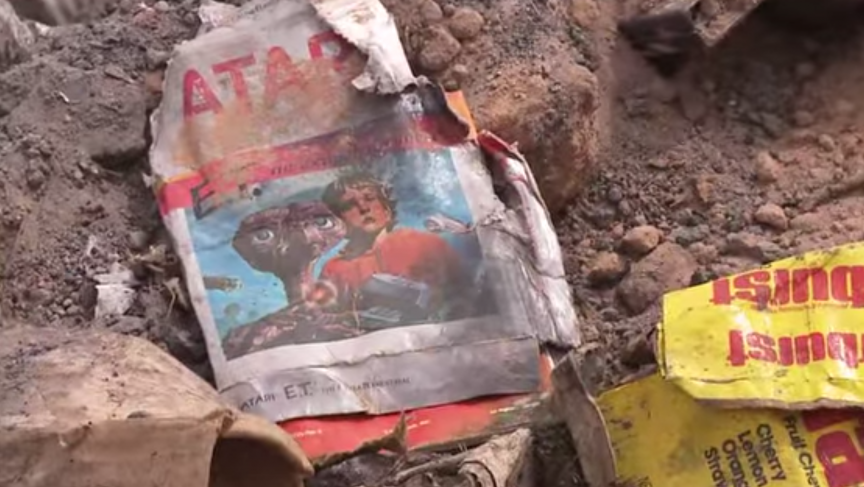 The ET game for Atari was deemed so bad the manufacturer sent all of the game cartridges to a landfill in New Mexico.

The Steven Spielberg film "E.T. the Extra-Terrestrial" was box office gold. And it spawned loads of merchandise based on the film — like lunch boxes, action figures and even stuffed aliens.

There was also an ET video game made by Atari, but the game was an epic failure. Some even dubbed it "the worst game of all time."

It was so bad that Atari was reported to have dumped 14 truckloads of game cartridges and other related materials in a landfill in Alamogordo, New Mexico. Where they thought, presumably, the games would never be seen again.

Except, last year, a Canadian company announced it was planning to excavate the landfill in search of the lost ET cartridges.

On Saturday, it found them, according to director Zak Penn, who filmed the search and is making a documentary for the company.

“We found the intact E.T. the video game — the actual cartridge is in there — and the instructions are in there,” he said.

Fuel Entertainment's CEO Mike Burns is the man behind the project. He explained in an interview last year why he wanted to find the cartridges.

The discovery may not unlock all the answers, but the stash of old ET game cartridges may still hold more than just sentimental value.

Some gamers and collectors have hung onto copies of the game from the 1980s. The games are now selling on Ebay for up to $30 each — even though it is said to be almost unplayable.