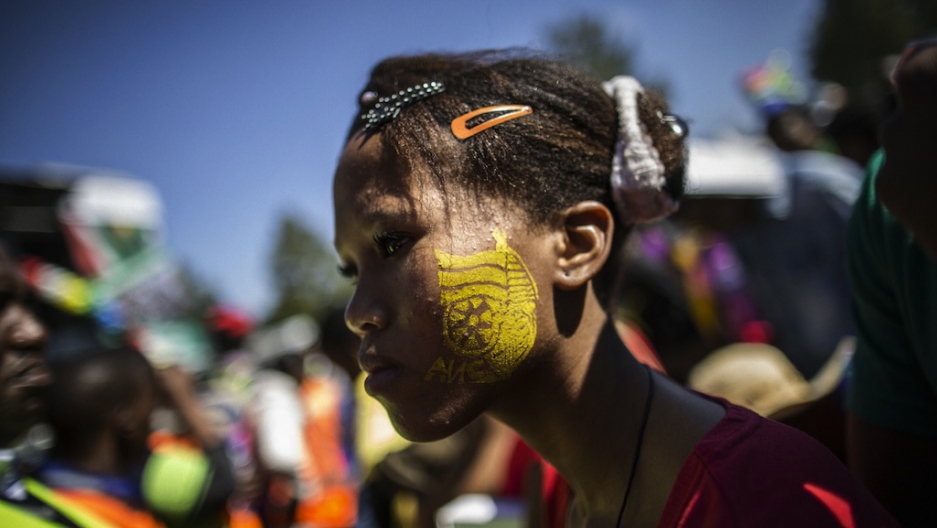 JOHANNESBURG, South Africa — Twenty years since the end of apartheid.

Twenty years since South Africa held its historic first democratic elections, and people of all races had their say at last, choosing Nelson Mandela to be their president.

The anniversary of that day, April 27, 1994, is now a public holiday — Freedom Day. This year South Africans are preparing to go to the polls again, with elections scheduled for May 7. It will be only the fifth general election held since the end of racist white minority rule, and the first since Mandela's death.

Mandela's party, the African National Congress, has ruled for all of those 20 years.  Two decades on, where is South Africa on its road to fulfill Mandela's vision — that of a united, non-racial, non-sexist, democratic and prosperous society?

There have been big changes in this country. Mostly for the good.

The lights are on at more South African homes

In 1994-1995, just 50.9 percent of South African households had access to electricity, according to a government performance review. By 2012, that figure had rocketed to 85.3 percent, Statistics South Africa’s general household survey found.

The murder rate has more than halved

So while it is still extremely high (the US, in comparison, has a homicide rate of 4.7 per 100,000), South Africa has fewer than half the murders it did two decades ago.

More South Africans are living in proper houses, rather than structures like this:

But some of the changes are not so great.

South Africa is more economically unequal than ever

The township of Alexandra located in the north of Johannesburg in the rich suburb of Sandton. (Alexander Joe/AFP/Getty Images)

According to the World Bank, South Africa’s Gini coefficient — a measure of income inequality — increased from 0.59 in 1993 to of 0.63 in 2009, making this country one of the most unequal societies in the world.

South African police chief Jackie Selebi, accused of corruption and defeating the ends of justice over his links to a murder suspect, aarives with his lawyers at Randburg Magistrate court in Johannesburg in Februaury, 2008. (Paballo Thekiso/AFP/Getty Images)

South Africa ranked 21st of 42 countries on Transparency International's corruptions perceptions index in 1995. In 2004, it ranked 44th of 145 countries. By last year South Africa’s ranking had slid to 72nd of 177 countries.

The World Bank produces annual worldwide governance indicators. In 2012, South Africa’s control of corruption was ranked 113th out of 210 countries.

Remember 1994, when millions of South Africans lined up to cast their ballots over a three-day voting period?

Well this year, only 33.6 percent of eligible "born free" voters — meaning South Africans born after 1994 — have registered for upcoming elections. This means that more than a million born frees won't be casting their ballots.

This youth voter rate overall is comparable — probably even less — than that of the United States, where voter turnout among 18- to 24-year-olds declined from 48.5 percent in 2008 to 41.2 percent in 2012, according to the US Census Bureau.

South Africa's official tone about civic duty has changed in the past 20 years. The lead-up to the 1994 vote had been chaotic, and the country's electoral commission was desperate to convince South Africans that the vote would go ahead.

"Like all births, the birth of our democracy is not without pain. But it will be a time of joy and of hope for the future":

Now, it's a matter of convincing people to vote because hey, South Africa is a pretty darn good country:

Perhaps some fresh “Rock the Vote”-type ads are in order for South Africa ...

Other things haven't changed much ... or at all.

Under an "expanded rate" of unemployment, which includes people who have stopped actively looking for work, this rate rose from 31.5 percent in 1994 to 34 percent in the last quarter of 2013.

Apartheid legislation forced people of different races and ethnic groups to live separately. Today, many of those neighborhoods haven't changed. “The legacy of apartheid is still very clearly visible,” wrote Cape Town web developer Adrian Frith, who made maps like the one above based on 2001 and 2011 census data. “I suppose that was to be expected.”

According to the 2011 census, the incomes of black South African households grew by 169 percent over the preceding decade. But white South Africans still earn six times as much money.

Courtesy: The Social Change Research Unit at the University of Johannesburg

A continued lack of basic government services — things like water, sanitation and electricity — have led to mounting frustrations in poorer communities, and increased numbers of violent protests. Demonstrators throw rocks at cars, burn down community libraries and battle police.

“There have been limited gains for the working class in post-apartheid South Africa," according to the University of Johannesburg’s Social Change Research Unit. "The frustration is such people are willing to lose something for their cause.”