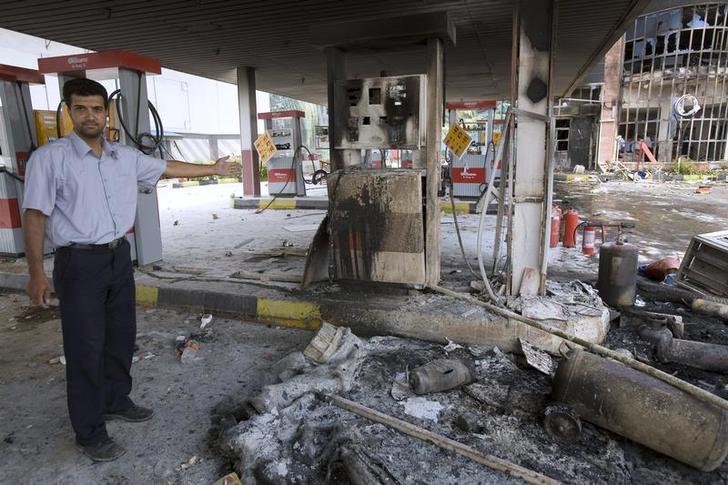 A man shows the damage on a gas station which was destroyed in northwest Tehran June 27, 2007.

That's because the government is cutting part of the subsidy it provided for gas in an attempt to improve the economy.

While the new gas prices remain low compared to the US or Europe, for an Iranian family earning a few hundred dollars a month on average, the rise will hurt. The higher gas prices will mean higher prices on everyday items.

I remember in 2007, when I was visiting Iran, a similar price hike went into effect. I headed to my local grocer to buy a few items and noticed a higher price for eggs. I asked about the change.

“Haven’t you heard?” he said, with a surprised look on his face. “There’s been a rise on gas prices. It costs me more to get these eggs here.”

Every other store I went to mentioned the rise in gas and charged me more.

As a result of that price hike in 2007, there were riots at gas stations and at least two stations were set on fire.

This time around, nothing like that has happened so far. There were only reports of long lines at gas stations on Thursday, before the higher prices took effect.

But with high inflation and high unemployment, a rise in gas prices is the last thing Iranians need. Over the past few years as Western sanctions have increased, many small businesses have either had to shut down or have struggled to stay afloat.

On top of that, Iranians have been paying more for electricity and water this year. Electricity has gone up by 24 percent and water by 20 percent.

Some, though, see the reduction in subsidies as a positive step.

“The Iranian economy is like a patient who has suffered a heartattack, has broken an arm and a leg,” says Kamran Dadkhah, an expert on Iran's economy at Northeastern University. “And imagine the doctor discovers he has cancer, too. You have to take fast and drastic steps to save that patient."

According to Dadkhah, cutting the subsidies is a good idea in the long term and President Hasan Rouhani is taking the right steps.

However, to get the economy in good shape for the long term, he says, Iranians will have to be patient.

The price hike could turn out to be very difficult for many families — leading to less food on the table and more tightening of the already very tight belts.