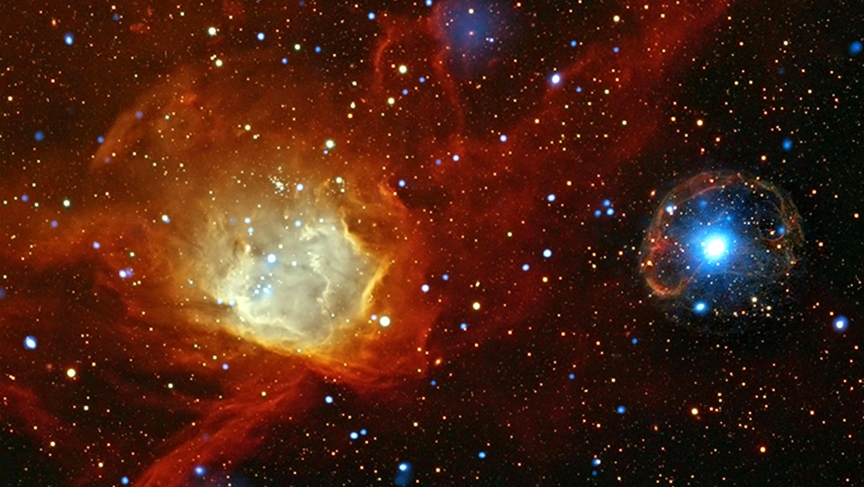 When science writer Amir Aczel read A Universe From Nothing, by Lawrence M. Krauss, he filled it with notes about everything he disagreed with, and considered writing a book of his own saying why he believes the universe did not emerge out of nothingness.

Then Richard Dawkins insulted his daughter.

Dawkins, the well-known scientist and outspoken atheist, was speaking at a conference in Mexico, where Aczel was also speaking. Aczel's daughter, a science student, asked Dawkins a seemingly innocuous question. Dawkins said to her, “You can believe in unicorns if you like,” turned his back and walked away.

Aczel's new book is called, Why Science Does Not Disprove God.

“Atheists really have a very strong presence now in the media and claim that science has disproved the existence of God,” Aczel says. “I disagree with that. ... The state of science right now is not at the point where we can say there is no God. We have no evidence. I'm not saying there is a God, but to say that science proves there is nothing that can be called God is premature.”

Aczel says he wrote the book to defend the integrity of science. “I've talked to so many scientists, interviewing them for all my books,” he says. “I've studied science in such depth. To me, to say there's no God and the proof [of that] is science is just not right. That's not what science is about, either.”

In fact, argues Aczel, the more science teaches us about the world, the more we see that there is structure in the universe that is very unlikely to occur on its own. “It seems so intricate, so complex, so well structured,” he says. “Just because we learn about it doesn’t mean that there is no God.”

Supporting that argument, Aczel points out that if any one of a multitude of parameters was even slightly different, the universe could not exist as we know it. For example, if dark energy had a different value, the universe would have exploded faster than galaxies could have formed, or it would have collapsed on itself before galaxies had a chance to form.

Aczel cites physicist Roger Penrose, who calculated that the emergence of our universe had a probability so close to zero as to be unimaginable. All of the these parameters had to be within an unbelievably small range for the universe to have taken shape as it has. “We are just on the knife-edge of existence,” says physicist Leonard Susskind of Stanford University. So how do we explain this?

“There are are two ways,” Aczel says. “One is to say, ‘Well, [the physical properties of the universe] were made that way by God or whatever you want to call it — some power of nature created them that way. The other is to say, ‘Look, there's an infinite multiverse. We can't live in one of the many universes where the parameters are wrong. So, we live here, because the parameters for us are right.' That's why we ‘choose’ to live in this universe, so to speak.”

“Now this gets to a matter of faith,” he adds. “The multiverse is a matter of faith, because we don't know about other universes except our own. So when scientists talk about things like Boltzmann Brains out in the universe, to me it’s like angels!”

Ironically, Aczel's book makes it arguments for the integrity of science during a time in American life when confidence in science seems to be diminishing. A recent AP-Gfk poll found that a slim majority of Americans now question the truth of the Big Bang theory. What's more, "confidence in evolution, the Big Bang, the age of the Earth and climate change decline sharply as faith in a supreme being rises," according to the poll.

“Science won big against religion in the 19th-century,” Aczel says. “The ‘young Earth’ theory bit the dust with geological discoveries that the Earth is very old, billions of years old. Neanderthal remains found all over Europe show that there were hominids that lived on this planet long before us. ... All these things were against the literalist approach to Scripture.”

“Scripture is probably wrong. It’s mythical. It has all these stories in it that don't mean very much. But to say that Spinoza's God, Einstein's God, some abstract God that created the universe is dead — it's premature to do that.”