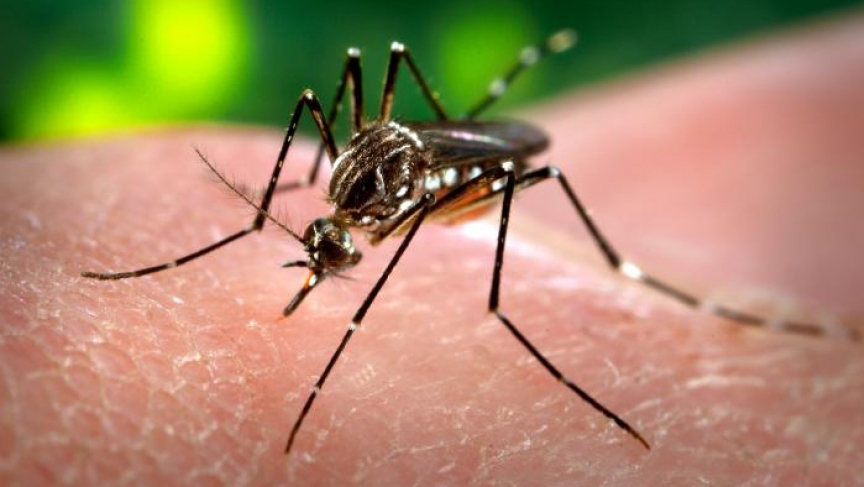 Dengue fever, one of the leading killers in tropical countries, is spread by Aedes aegypti and other mosquitoes. The Brazilian government hopes a genetically modified version of Aedes aegypti will help reduce the spread of the disease, which is endemic in the country.

Centers for Disease Control and Prevention

On the seventh day, her gums began to bleed.

But De Jesus was actually one of the lucky ones. Dengue fever is one of the leading killers in tropical countries, and recently there have even been outbreaks in the far-southern United States. There is no vaccine.

Dengue is spread by a kind of mosquito known as Aedes aegypti that’s common here in the communities of northeastern Brazil. This particular mosquito is a tough adversary. It’s developed resistance to insecticides, it often lives inside homes and bed nets are useless because it bites during the day.

Now, with dengue endemic in three of the host cities for this summer’s World Cup , Brazilian health officials are trying a radical new approach — biotechnology. They’ve begun a two-year trial release of Aedes aegypti mosquitoes that have been genetically modified.

“We need to provide the government alternatives because the system we are using now in Brazil doesn’t work,” says Aldo Malavasi, president of Moscamed, the Brazilian company that’s running the trial from a lab just outside of Jacobina.

The new breed of Aedes aegypti has been given a lethal gene. The deadly flaw is kept in check in the lab, but the mosquitos soon die in the wild.

The strain, developed by the British company Oxitec, was the first genetically modified insect to be released in the wild — during small tests in 2010. The program underway in Jacobina is its first large-scale field test.

It starts in Moscamed's lab, where workers use water and strainers to separate the male mosquitos from the slightly larger females. The females, which bite, are destroyed, and the males — which don’t bite — are released into the wild from pickup trucks.

The Brazilian government has authorized the two-year trial. The hope is that the male GM mosquitos will mate with wild females and produce offspring that will die before they can reproduce .

Surprisingly, perhaps, no one in Jacobina has batted an eye at the project. But others have.

Dr. Helen Wallace, of the organization GeneWatch is a frequent critic of Oxytec. She’s concerned about a British company “going to developing countries claiming they have a solution to a very serious problem there, without being totally transparent about the potential risks.”

One concern is that that female GM mosquitoes are sometimes released along with the males, and that their bites could cause allergic reactions. There’s also a risk that some of the offspring of the GM mosquitos could survive, with unknown consequences.

Then there’s the possibility that as Aedes aegypti mosquitos are killed off, other species will just take their place.

Phil Lounibous, an insect ecologist at the University of Florida, says getting rid of Aedes aegypti won’t necessarily solve the dengue problem.

“The so-called Asian Tiger mosquito is (also) very abundant all throughout Brazil,” Lounibous says, “and it ... is also a vector of dengue.”

But Oxitec says Aedes aegypti is by far the biggest source of dengue fever, and that reducing its population would be a huge advance for human health.

For his part, Moscamed’s Aldo Malavasi gets impatient with critics from rich countries.

The wide acceptance here in Jacobina is helped by a big PR campaign. Moscamed’s trucks sport pictures of huge mosquitoes and the word “transgenic.” Health officials hold frequent public meetings and are broadcasting a radio jingle explaining the project.

But the town’s health secretary, Ivonildo Dourado, says the main reason for the support is that people are desperate for a solution.

“Everything else we have tried in the past has been useless,” Dourado says. “The mosquito is winning the war. That’s why we are betting on this.”

And so far, it seems to be working, at least according to the company. Since the project began last year, Moscamed reports a 90 percent drop in wild Aedes aegypti mosquitoes in Jacobina.

Other countries are taking note. Field testing with the GM mosquitoes will begin in Panama this month and the US Food and Drug Administration is expected to decide soon on a possible test release of GM mosquitoes to fight dengue in the Florida Keys.