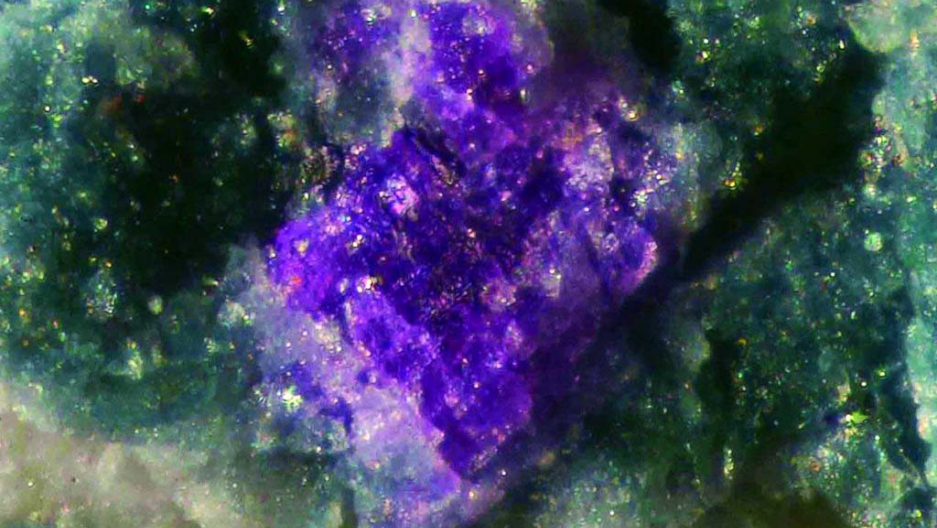 It's purple and pretty and composed of cube-like crystals just 0.5 mm in size.

But what really makes putnisite, the world's newest mineral, truly unique is that nothing like it has ever been discovered before.

“Most minerals belong to a family or small group of related minerals, or if they aren’t related to other minerals they often are to a synthetic compound, but putnisite is completely unique and unrelated to anything,” said Dr. Peter Elliott, lead author of a new study detailing the discovery in Mineralogical Magazine.

The transluscent purple crystals with a pink streak through the middle were discovered by a mining company in the Polar Bear peninsula of Western Australia.

Putnisite is named after German mineralogists Andrew and Christine Putnis for their contributions to mineralogy.

What's got scientists so intrigued by the mineral is its composition.

It's a rare combination of strontium, calcium, chromium, sulphur, carbon, oxygen and hydrogen that's completely distinct from any of the other 4,000 known minerals in the world.

It was found on volcanic rock and appears to have dark pink spots on a dark green and white rock when viewed under a microscope.

Its commercial use has yet to be determined.

“Nature seems to be far cleverer at dreaming up new chemicals than any researcher in a laboratory,” Elliott said.