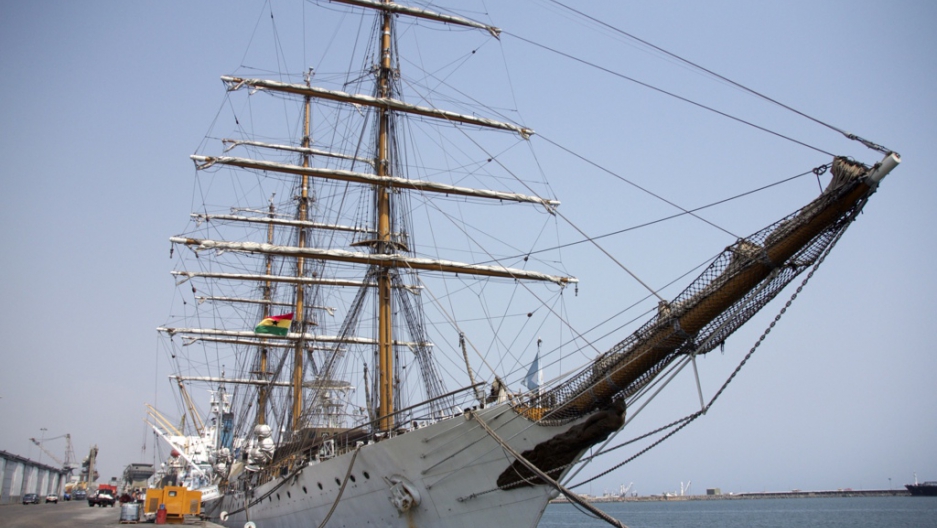 NML Capital hopes it can get its hands on more than Argentina's frigate Libertad.
Credit: Chris Stein
Share

If there were an Olympics event called Self-Inflicted Pain, Argentina would regularly compete for gold.

It fudges its economic numbers, pressures its central bank into making short-term policies to benefit the ruling political party, and has defaulted on its debts to international lenders repeatedly, most recently in 2002.

In virtually all cases, its politicians refuse to examine their own system and instead blame rapacious capitalism, and in particular, the United States.

So why is the Obama administration siding with the government of Argentine President Cristina Fernandez de Kirchner against an American investment fund’s efforts to collect on $1.7 billion in debts that US courts have ruled legitimate?

The answer is a higher principle — something called “sovereign immunity.”

On Monday, Edwin Kneedler, a US assistant attorney general, filed an amicus brief on behalf of Argentina with the US Supreme Court, which will hear oral arguments on the case in June.

The investment fund, NML Capital Ltd., has won rulings that validate its claims for $1.7 billion from the Argentine government dating to its 2002 default, which left NML investors (and many others worldwide) holding the bag.

But collecting has been hell. In a high-profile example, NML got a court in the West African state of Ghana to seize a three-masted training frigate, the Libertad, last year during a port visit. But pretty as the 58-year-old vessel may be, it’s only worth a few million. The ship, impounded for about a year, was freed last September.

So NML tried a new strategy: issuing subpoena’s against Bank of America and Banco Nacion Argentina seeking details of where the country’s financial assets are held.

Argentina’s lawyers — led by former George W. Bush administration Solicitor General Theodore Olson — argue this would violate the US Foreign Sovereign Immunities Act, which protects governments (including the United States) from identifying where they keep their money. A lower court in New York ruled last year NML could issue such subpoenas.

Kneedler argues in the brief submitted to the Supreme Court that whatever the merits of NML’s claims, opening foreign investments to such scrutiny would “invade substantially a foreign state’s sovereignty in an especially sensitive area” and “risk reciprocal adverse treatment of the United States in foreign courts.”

In effect, the administration is saying, whatever we think of Argentina’s macroeconomic policies, we believe there’s a higher concept at stake here.

But the Argentine government has a big concept of its own. It argues that NML and another fund it owes money to, Aurelius, knew the risk they were taking because they invested during the height of the 2002 crisis. Not surprising, the investors see it differently and have rejected two small offers to settle the dispute.

The South American country’s history of self-induced crises is studied by economics students the world over. In the first half of the 20th century, its rich farmlands and generally strong, democratic government made it the world’s 10th richest country in terms of per capita income. Its economy was ahead of France, Germany and Italy, and was a magnet for their emigres.

Military coups and a succession of populist governments inspired by Juan Peron, who led the country during the 1940s and 1950s, led to inward-looking policies, including “import substitution” — in effect, tariffs on imports that destroyed competitiveness and created a domestic market where high costs and poor products were subsidized by the state. Efforts to reform the Peronist economy occurred in the 1990s, with some successes.

But without the discipline of an independent central bank — and with international lenders like the International Monetary Fund vilified to the point of irrelevance — the temptation to spend the country into bouts of deep indebtedness has rarely been resisted.

Fernandez’s government is no exception: Last year, several ratings agencies demoted the country’s credit rating to below investment grade — a red flag that suggests their analysts believe the chances of another default are very high.