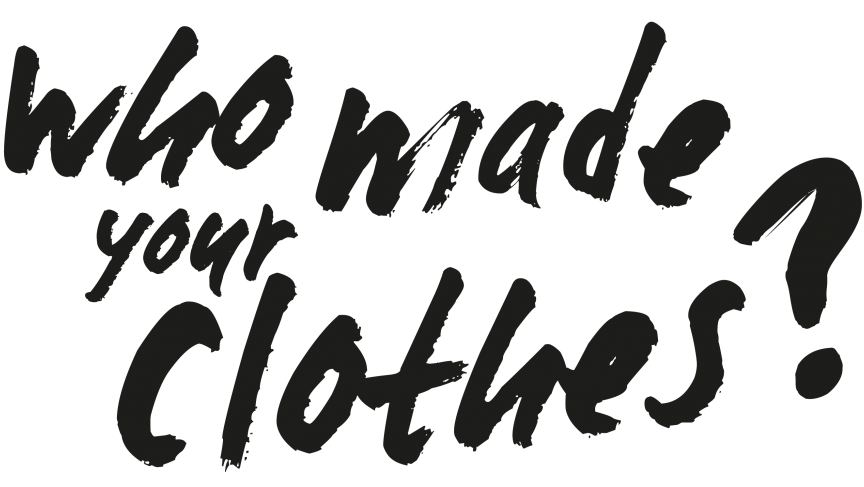 Take a piece of clothing.

Put it on inside out.

Take a selfie. And post it to social media.

That's what the campaigners behind Fashion Revolution Day were asking the public to do on Thursday. The campaign marks the one-year anniversary of the Rana Plaza garment factory disaster in Bangladesh. The official death toll was 1,029, and more than 2,000 were injured.

Events, including marches and flash mobs, were held in more than 50 countries.

"We want to raise attention and awareness to some of the hidden hands in the supply chain for everyday fashion," said Lucy Siegle, a campaigner and author of "To Die For: Is Fashion Wearing Out the World?" "We're talking about the garment workers. So we are just asking people to think consciously about their closet, really."

Selfies with people showing their tags were all over Twitter.

Today I’m wearing my jumper #insideout because I want to ask @norseprojects Who Made your Clothes? @Fash_Rev pic.twitter.com/r3AXB32oIN

In support of @Fash_Rev Day we're wearing our clothes #insideout today & asking #whomadeyourclothes - we did! pic.twitter.com/CgvSCdQea3

"Consumers everywhere, whatever their income, deserve to buy clothing that has not killed people in the process of getting made," Siegle said.

The World's host Marco Werman made this video about where his clothes were made.