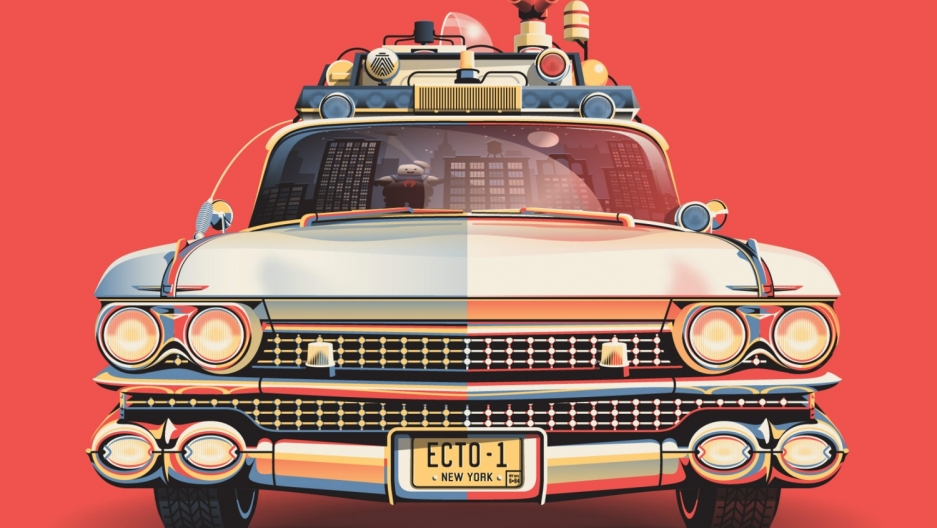 Since the release of Ghostbusters II in 1989, fans of the series have been clamoring for a sequel. And for 25 years, the rumors have circulated. They're working on a screenplay; everyone but Bill Murray has signed-on; they're going to recast; they're going to reboot, and so on. But a new exhibit dedicated to tribute art suggests that those who cherish Egon, Ray, Peter, and Winston have been hard at work. And that maybe we should leave this clearly cherished franchise alone.

The Los Angeles-based Gallery1988 selected paintings, prints, and sculptures from some 70 artists tocelebrate the 30th anniversary of the first Ghostbustersfilm. The pieces run the gamut, from a life-size Slimer sculpture to an activity book sheet of Ghostbustersgames. (See a slideshow below.) Last week, the exhibition opened at Gallery 69in TriBeCa, a space just blocks away from the original Ghostbusters station. It's there through April 26 before traveling to Los Angeles in May, Chicago in June, and San Diego in July for Comic-Con.

Everyone loves a sequel, but with a series this beloved a reboot might be risky business. The work in Gallery1988's show suggests that the two Ghostbusters movies areaging exceptionally well --- that the characters, effects, and aesthetics all still ring true. Considering the recent death of Harold Ramis, who not only starred in but wrote the movies, maybe the greatest tribute of all would be letting the first two movies be the last.