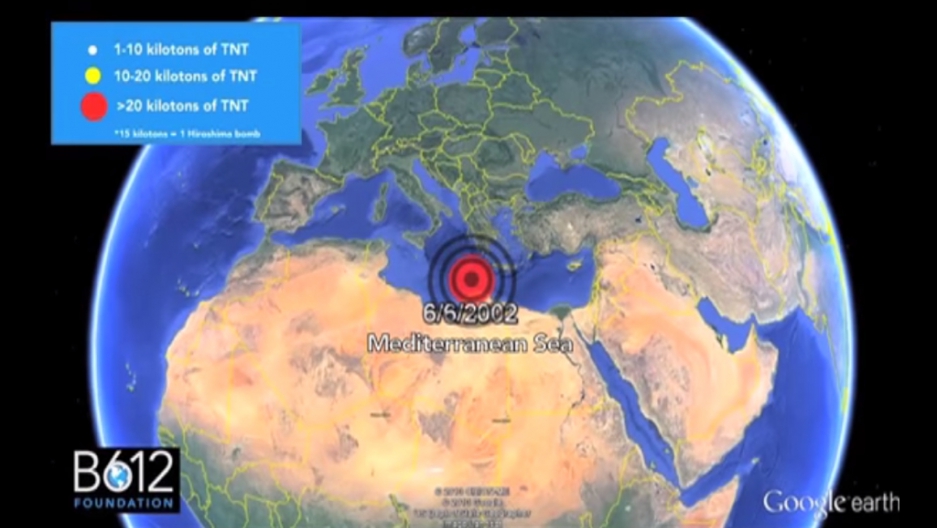 Turns out asteroids strike Earth more frequently than we thought.

Between 2000 and 2013, the Comprehensive Nuclear Test Ban Treaty Organization, a watchdog group, detected 26 explosions on Earth's surface or in its atmosphere that had the power of nuclear bombs. But those explosions didn't come from nuclear bombs. They came from asteroids.

The smallest asteroid had 1 kiloton of energy output, and the largest, which exploded over Chelyabinsk, Russia in February 2013, measured 600 kilotons. The atom bomb the United States dropped over Hiroshima in 1945 was 15 kilotons, so those asteroids are packing serious punch.

And there are lots of asteroids out there. Astronomers estimate that we see just 1 percent of the millions of asteroids that cross Earth's orbit. As many as 500,000 of those could be large enough to destroy a metropolitan area.

The B612 Foundation, a non-profit organization that seeks to protect Earth from asteroids, has turned the data into a visualization, presumably so that you can see how close you were/are to being obliterated.

B612 hopes to launch a space telescope called Sentinel within the next few years. Sentinel will spot asteroids and allow astronomers back on Earth to chart asteroid flight paths, identify likely impact zones, and perhaps use spacecraft to knock the objects off-course.