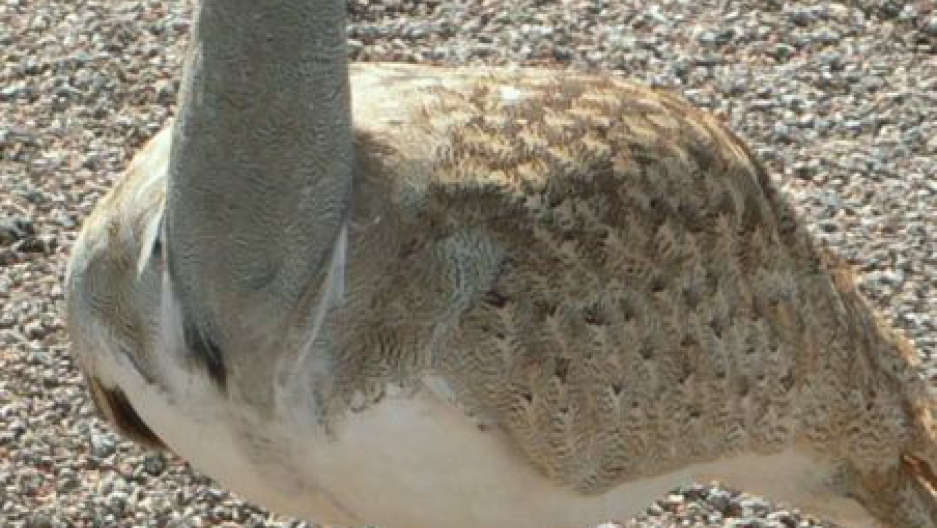 A Saudi prince has been accused of killing 2,000 endangered birds during a safari in Pakistan earlier this year.

More from GlobalPost: These cities are among the greenest in the world

The birds, known as houbara bustards, are on the brink of extinction and protected globally under the Convention on International Trade in Endangered Species.

Each winter, they migrate from central Asia to the warmer climate of Pakistan.

Other members of his party killed an additional 123 birds, bringing the total to 2,100.

While the birds are officially protected, the Pakistani government issues special permits each year to Arab royalty and other elites to kill up to 100 of them in alloted areas over a 10-day period.

The bird's meat is highly valued and considered to be an aphrodisiac.

Prince Fahd is said to have violated his permit by killing too many of the birds and hunting in non-alloted areas.

It's not known whether he'll face any punishment.

The prince and others like him are facing a growing backlash from Pakistanis and conservationists who warn the birds are on the brink of extinction.

After this year's killing season ended in early February, a high court in Lahore imposed an interim ban on the practice.

"If it's illegal for Pakistanis to kill these birds why should the Arab sheikhs be allowed to do it?" Tasneem Aslam, from Pakistan's ministry of foreign affairs, said in an interview with the Guardian in February.

Watch video of the birds below: