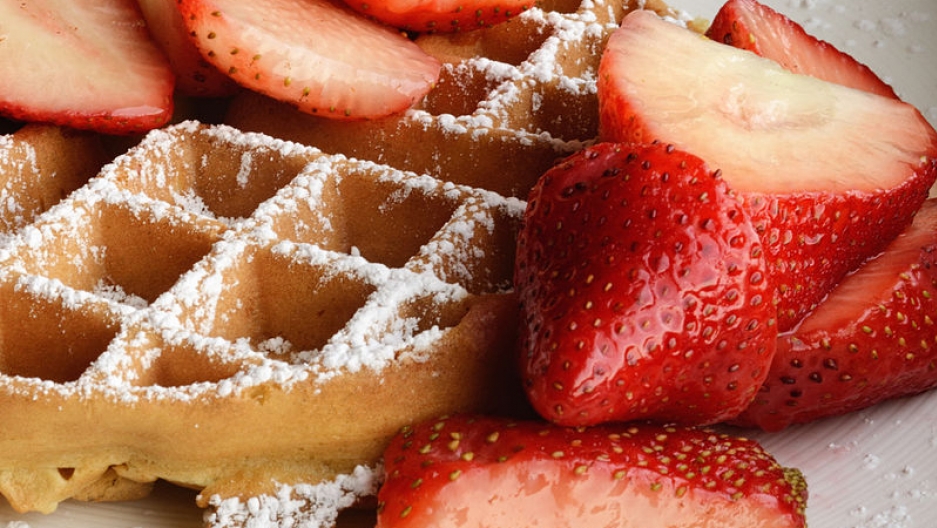 A Belgian waffle served traditionally with strawberries and confectioner's sugar.

MariePaule Vermersch easily remembers what she was doing 50 years ago. She was serving authentic Belgian waffles topped with whipped cream and freshly sliced strawberries.

"It was quite an experience," Vermersch says. "When people started tasting our waffles, they just couldn't believe it ... From the moment we opened, there was a line. We couldn't see the end.'' 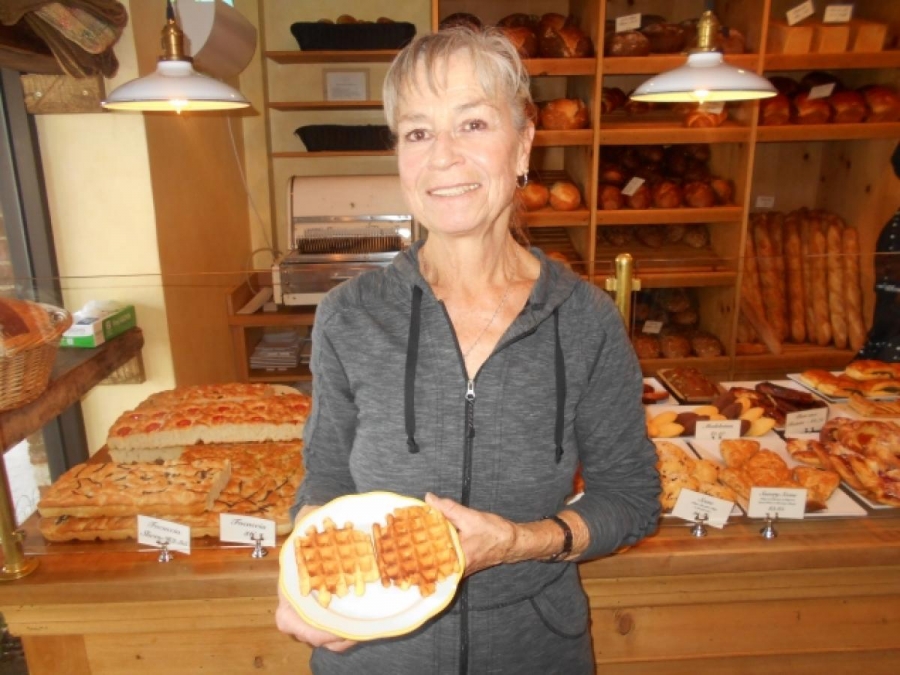 MariePaule Vermersch back in Queens to celebrate the 50th anniversary of Belgian waffles at the 1964 World's Fair.

Thanks to MariePaule, and her parents Maurice and Rose Vermersch, authentic Belgian waffles quickly became an American sensation.

There are many different types of waffle in Belgium. MariePaule's family recipe was for the Brussels waffle, a specialty in the cities of Brussels and Ghent. But she says, at one point, her mother realized that many Americans didn't know where Brussels was.

"She told my father it's not a good idea to call it the Brussels waffle. I think some people won't be able to locate where the waffle comes from. So at the time, she told me father, let's call them Belgian waffles," she says.

She adds that her mother also observed that many Americans have a sweet tooth, so she came up with the idea of topping the waffles with whipped cream and fresh strawberries.

In contrast to the usual American waffles of the day, these Belgian waffles were light and fluffy.

"It's almost like air, people couldn't believe they could eat two or three at a time," she says.

Back in 1964, the Belgian waffles sold for 99 cents. So why did they catch on so fast in America? MariePaule says many baby boomers probably fondly recall the 1964 World's Fair and can remember the first time they encountered the delicious smell of the Belgian waffles sizzling in the 500-degree, cast-iron pan.

And why do Belgian waffles smell so good? MariePaule reveals that her Belgian waffles are made with fresh ingredients including pure vanilla, fresh yeast or self-rising flour, melted but cooled sweet butter and eggs at room temperature, with egg whites added at the end. But that's about as far as she'll go.

"I can tell you many ingredients, but there's two I won't divulge," she says.

But if you want to try your hand at making your own Belgian-style waffles, here's a recipe we found that looks pretty tasty. Try it out and let us know the results.