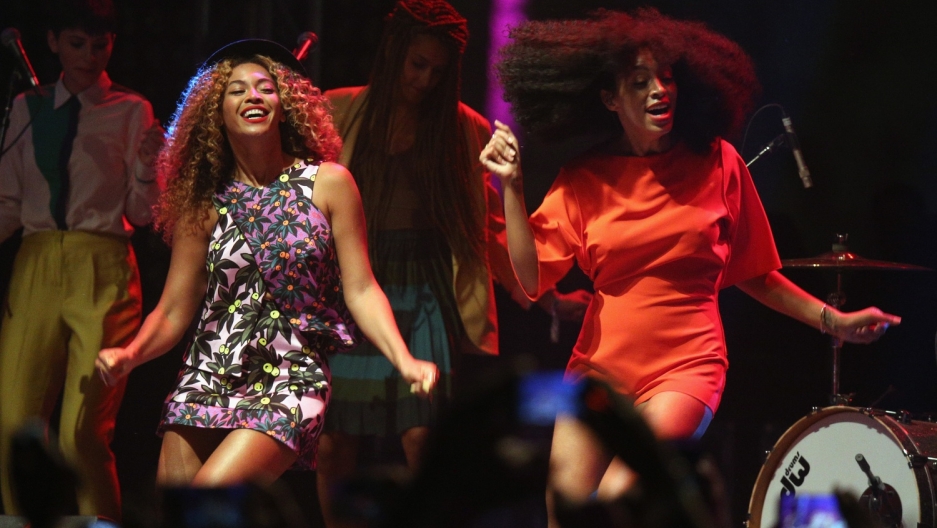 The main draw at the Coachella Valley Music and Arts Festival used to be the reunions: the Pixies, Rage Against the Machine, Portishead, Pulp, and Pavement, to name a few. Even this year had a big ticket comeback in Outkast. But Andre 3K and Big Boi had to settle for being the festival's second-biggest event, overshadowed by a glut of show-stealing cameos. The sheer number of headline-worthy surprises sets an ugly precedent for future festivals, Coachella and otherwise.

Coachella has seen this sort of thing before. R. Kelly joined Phoenix on stage for a further remix to "Ignition (Remix)" last year. In 2012, Dr. Dre brought out Snoop Dogg and --- to everyone's surprise --- resurrected Tupac Shakur. But this year, cameos seemed to dominate the festival in a pile-up that became the story, rather than the acts themselves. Jay Z joined Nas on Weekend One and Pharrell on Weekend Two (below). Beyonc didn't sing, but came out to bust moves with her sister, Solange. Debbie Harry played "Heart of Glass" with Arcade Fire. If you took all the surprise guests and gave them a separate festival across the street in Indio, it would have been a bigger draw than Coachella itself.

Some walk-ons enhanced sets. Pharrell isn't the most dynamic performer, but he's a lot more fun to watch when Gwen Stefani or Usher is standing next to him. But is this the new standard for major concerts? Will fans be disappointed if Janelle Mone doesn't drop by the dozens of other festivals Outkast is playing this summer?

Yes, and that's a shame. Waiting for a cameo takes festival-goers out of the experience and turns an already hit-heavy set into a backdrop for celebrity-sightings and gawking instead of, you know, the music. We should be into Outkast for Outkast.

The biggest surprise guests (and the artists they joined) at this year's Coachella: