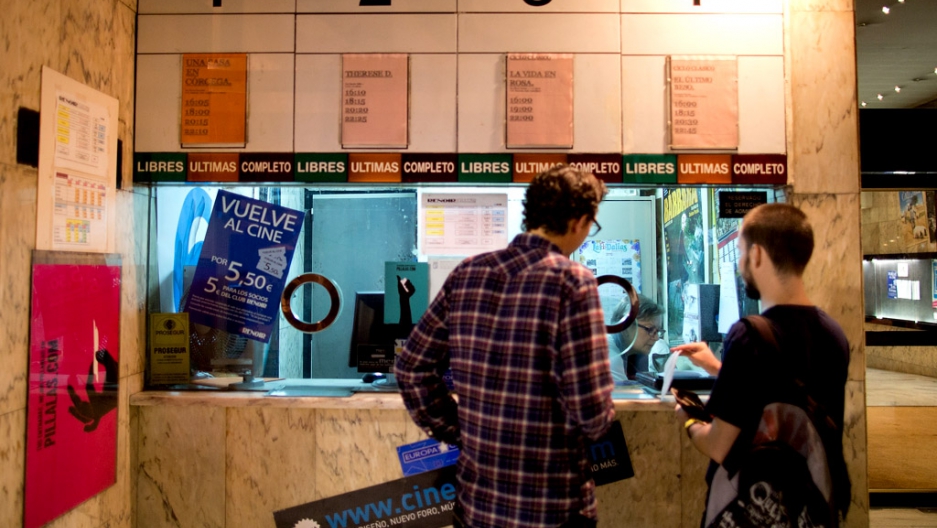 The financial crisis and the high rate of illegal movie downloads have contributed to at least 40 cinemas like the Cuatro Caminos Renoir Cinemas closing their doors in Madrid, Spain in the last 10 years.
Credit: Pablo Blazquez Dominguez
Share

When Game of Thrones made its much-anticipated season four debut this month, it set a new piracy record. The tracking website Torrent Freak clocked 1 million illegal downloads in just half a day.

In Spain, half of everyone on the internet accesses pirated content, according to a report released earlier this month.

Governments worldwide — from Japan to Australia to the United States and beyond — are forming an unlikely alliance with actors, musicians and other creatives in a global scramble to stop illegal downloading.

Piracy leeches billions of dollars from stakeholders’ pockets each year, according to a report from the Institute for Policy Research.

But little seems to curb our obsession with getting what we want, when we want it, for free. Copyright be damned.

One of the biggest studies ever conducted on illegal music downloads (Musicmetric's study in 2012) showed the United States topping the highest number of downloads by country, while Australia claimed the highest poll position when downloading figures were crunched on a per capita basis.

Here are some numbers that show just how much we’re downloading illegally across the world right now:

1 in 2 internet users in Spain illegally access digital content, according to a study published on Wednesday by Spanish industry lobby group La Coalición. It found that 84 percent of digital content consumed in Spain was illegal, with films being the most pirated type of content, followed by music, books and video games.

More than 1 million illegal downloads of Game of Thrones’ much-anticipated season four premiere were recorded in just half a day, according to piracy tracking website Torrent Freak. Australia topped the number of downloads, followed by the United States and United Kingdom.

The US economy loses $12.5 billion in revenue and other economic measures each year due to online piracy in the music industry, according to the Institute for Policy Innovation estimates.

70 percent of online users in Denmark believe there is nothing wrong with piracy. But three out of four people in the same Rockwool Foundation Research Unit study drew the line at on-selling pirated products for profit, ruling that unacceptable.

Last year’s most popular pirated movie was downloaded more than 8 million times. It was 'The Hobbit: An Unexpected Journey,' followed by 'Django Unchained' and 'Fast and Furious 6,' Torrent Freak reported.

Bruno Mars claimed the most pirated musician mantle in 2013, with nearly 5.8 million downloads, according to Musicmetric.

42 percent of the computer software used around the world was pirated in 2010. Around $59 billion worth of software was downloaded, a major Business Software Alliance study found.

Music sales in the United States have dropped 47 percent in the decade since peer-to-peer file sharing site Napster was created in 1999, from $14.6 billion to $7.7 billion, according to the Recording Industry Assocation of America.

Almost a quarter (23.76 percent) of all internet traffic, excluding pornography, was estimated to be infringing copyright, according to a report commissioned by media and entertainment company NBC Universal says.

More than 146 million visits were logged every day at just 43 of the world’s digital piracy sites (like rapidshare.com, now defunct megavideo.com and megaupload.com) in 2011, according to a report commissioned by the US Chamber of Commerce. The report estimated the scale of the problem was far greater.