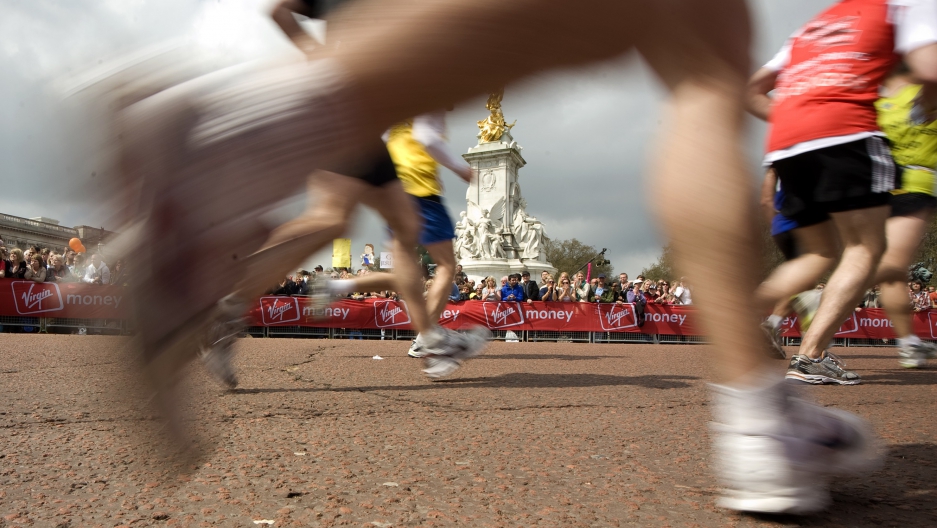 LONDON, UK — For two hours and 46 minutes, she was one of the fastest women in the world, flying past all but a few of her 36,000 fellow competitors in Sunday’s London Marathon.

Then she was gone.

Lahun, 24, has no known ties to Britain and was here on a temporary visa. Police don’t believe she has a cell phone.

The Metropolitan Police, conducting a search for the runner, are concerned for her welfare, a spokeswoman said.

International sporting events like the London Marathon give athletes around the world a chance to compete on a global stage. Less celebrated is how often they disappear after taking part, or sometimes before.

Last year, police said they were still searching for 21 athletes and coaches who vanished after the 2012 London Olympics, although all Olympic visa holders have since been accounted for, a Home Office spokeswoman said Wednesday.

In most cases, people disappear by choice. Altogether, 82 athletes, coaches and other Olympic delegates filed for asylum in the United Kingdom during the Olympics, including a Sudanese athlete who walked into a London police station to claim asylum before the opening ceremonies even began.

Now the Home Office is going on the offensive to deter potential defectors in July, when athletes from more than 50 countries in the West Indies, sub-Saharan Africa, south Asia and other former colonies of the British Empire will converge on Glasgow for the latest Commonwealth Games.

“Coming to the UK is a privilege, not a right," a spokeswoman said, adding that the authorities are prepared to refuse entry to anyone who raises suspicions.

In an effort to deter visitors from overstaying visas, the Home Office is screening all athletes and other team delegates for personal and financial clues that they might intend to not go home.

“We carry out checks to see that their intentions are genuine,” another spokeswoman said. “Obviously if we speak to someone and get an idea [otherwise] from their application, they would be denied.”

Defections and disappearances at elite sporting events have been around longer than Olympic mascots. The first known Olympic defector was Czech gymnastics coach Marie Provaznikova, who fled her country’s repressive regime by filing for asylum at the 1948 Olympic Games in London.

Politics spurred many athletes to jump their national ships during the Cold War. More than 100 athletes defected at the 1972 Olympics in Munich.

But not all athlete absences are intentional. A frantic search for a 15-year-old Ethiopian boy taking part in the London Olympics torch relay in 2012 was called off after he was found safe and well in Nottingham, England. He’d walked away from his hotel and simply become lost.

Athletes who choose not to return home are motivated by security concerns in their home countries or economic opportunities in their host ones, experts say.

Sierra Leone’s athletes have been especially well-known for going AWOL since the end of that country’s decade-long civil war. Fourteen of the 21 athletes sent to Melbourne in 2006 filed for asylum in Australia. At the 2002 Manchester games, 21 members of the 30-person team went missing.

Athletes aren’t the only ones who give their minders the slip. Eleven Girl Scouts from Sierra Leone disappeared from the 2011 World Scout Jamboree in Sweden. Some were later seen boarding a train to Denmark.

Sierra Leone officials have come down harshly on would-be defectors. The country lobbied Australia to deny its athletes’ asylum applications after the 2006 Melbourne games.

More from GlobalPost: 3 things I learned in eastern Ukraine

Boxer Thomas Essomba of Cameroon was the only athlete to attempt to defect at the 2008 Beijing Olympics. He changed his mind in China and returned to Cameroon, only to disappear with six teammates from the London Athletes’ Village four years later.

He resurfaced penniless two months after the games at a Salvation Army homeless shelter in northeast England.

Essomba now trains at a gym in the northeast city of Sunderland and says he hopes to compete for Britain in the future. He’s been reluctant to delve into the details of his asylum application, saying only that Cameroon’s government interfered politically in his sport.

“I cannot go back to my country so now I am targeting another Olympics and Britain is the country that helps me,” he told a local newspaper. “I want to repay Britain. If it is something I can do, then I would like to fight for them.”