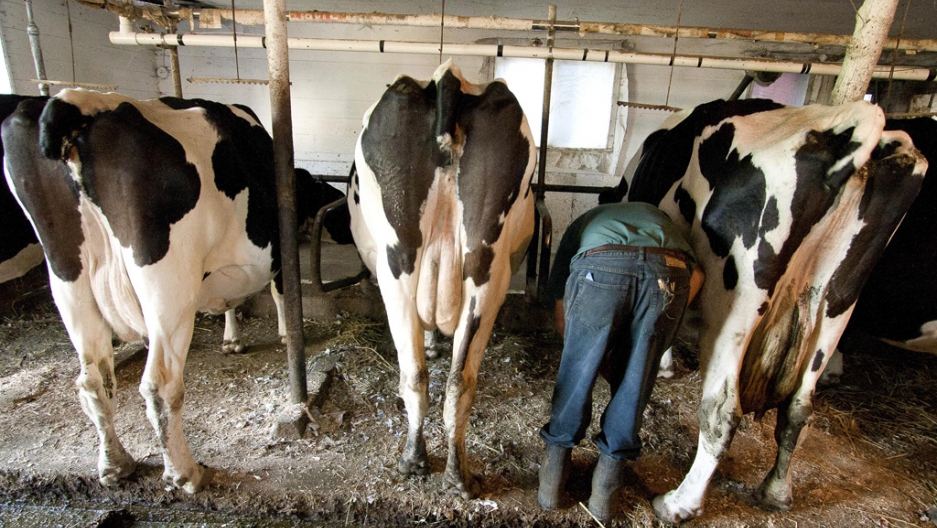 This is not a joke, but it is funny.

Argentina's National Institute for Agricultural Technology (INTA) has invented a way to convert cow flatulence into usable energy, and it involves putting a plastic backpack on a cow.

In other words, cow fartpacks are here.

The reason this is not a joke is because it is actually happening, but also because cows are responsible for a remarkable amount of global methane emissions, which are a major cause of global warming. It's a real problem.

According to the EPA, cow farting (and burping, actually a lot of it is burping) accounts for 5.5 million metric tons of methane per year in the United States — that's 20 percent of total US methane emissions.

Here's how the fartpacks work: tubes run from the backpack into the cows' rumen (or biggest digestive tract). They extract about 300 liters of methane a day, which is enough to run a car or a fridge for about 24 hours.

Pablo Soranda, INTA press officer, told FastCo.Exist that the project is more about making a point than it is converting people to a way of life.

He doesn't think we're going to live in fart-powered cities come 2070, but he can "imagine a future farm with a couple of these cows used to provide energy to satisfy the farm’s needs."

Just fart-powered farms, then. Excuse me.