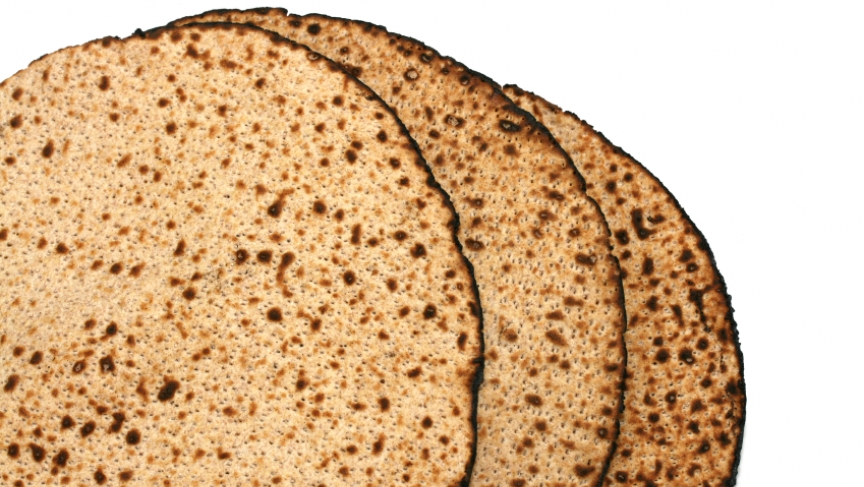 When people can’t practice their religion, they often resort to secret measures. That’s what happened for Jews living in the Soviet Union, after World War II.

When the war ended, a new strain of anti-Semitism rose up. The secret police would station themselves outside synagogues to intimidate people, says Jeffrey Veidlinger, a professor of Judaic studies and history at the University of Michigan.

“You might not be thrown in jail, but your life would be made difficult,” he says, “so Jewish practice mostly moved into the home.”

And that included the making of matzah, the flat, dry crackers that Jewish people eat to commemorate the eight days of Passover.

“If you were Jewish, you definitely didn’t have all the privileges of everybody else,” says Vitaly Paley, a restaurant owner in Portland who was born in the Soviet city of Gomel, now in Belarus. “People feared for their safety if they were to practice religion, but they managed to retain their food traditions, and through food, they retained that religious practice.”

Slava Frumkin, who was born in the Smolensk region in the Soviet Union, says Jewish people there generally didn’t hold Seders, the traditional Passover meal.

“That’s why it was important to have matzah,” he says.

“Matzah became embedded within Jewish identity,” says Veidlinger. “In 1956, they cracked down a bit and explicitly forbade the baking of matzah inside synagogues. And there were homes that, every year, kind of turned into makeshift bakeries around Passover.”

“In our area,” says Frumkin, “it was one home, and we would deliver the flour to the home. It was like a well-oiled machine — all the family members running and doing different things. But no matter what, in one hour you would get your matzahs."

“By some reason, everybody used pillowcases, stacking this matzahs in the pillowcases. Then we would bring it home, and we had a special suitcase.”

Paley says it was important the suitcase stayed closed until the family brought it into their home. "[They] would bring it in and open it up, and there would be this wad of matzah in there. The matzah was well hidden from anybody else that could see it, for sure.”

“You have to understand,” Frumkin says. “It was, like, a sense of secrecy around this, and it was filling to some degree with some pride, your heart. You’re doing something secretly what the government doesn’t want.”

Veidlinger says the secrecy heightened the importance of the holiday. “If they had just allowed the factories to make matzah, people could have just gone to purchase matzah,” he says.

That’s what they did when they left the Soviet Union and crossed into the free world, Paley says. “If we wanted matzah, we could just buy it openly and eat it on the street. I mean, how cool was that? For the Jewish people, once we traveled here, we could practice our religion in peace and harmony — and matzah is the symbol of that.”

But “when you have plenty freedom, and you have plenty matzah, and everything is plentiful, the value is somewhat different,” Frumkin says. “When you have to work for this, it changes the taste to some degree. To me, it was always a treat. I loved matzah.”