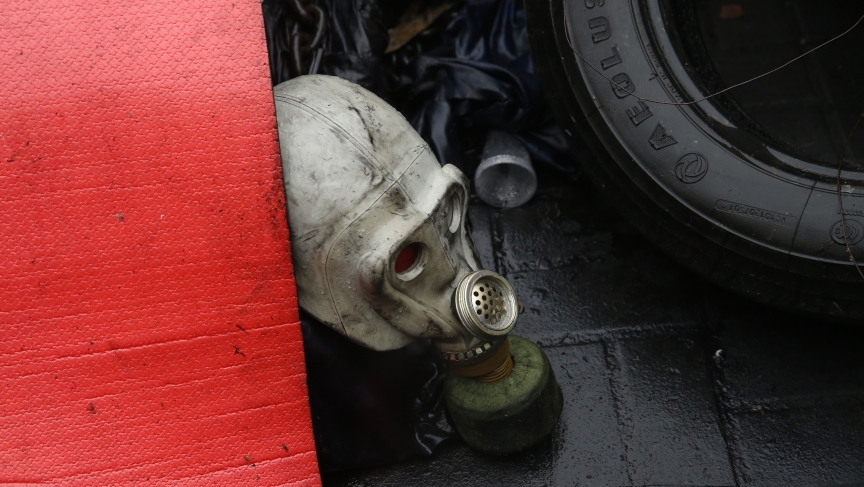 Music has played an important role in the Ukrainian crisis.

One folk song in particular, though, has become an anthem for Ukrainians who feel more allied with the West than with Russia. The song is called 'Plyve Kacha Po Tysyni'.

And it has a special meaning to the BBC's Irena Taranyuk.

"I knew this song for a number of years as something very mournful and sad. I used to have a good cry about it when I felt down," said Taranyuk. "It is a lament. It is about a young soldier, a young recruit going off to fight in foreign wars and him having a dialogue with his mother saying ‘My dear mother, what will happen to me if I die in a foreign land?’ and she tells him ‘Well, my dearest, you will be buried by other people.’ It’s really poignant and sad."

That old folk song is now associated with those who lost their lives during the protests in Maidan, Kiev's Independence Square.

“When dozens of people were killed by snipers in Maidan on the 18th and 20th of February, were buried and mourned in the mass funeral on February 21st, it was this song [that was played]. It acquired a life of its own, this song - a new life for the 21st century,” Taranyuk says.

"Plyve Kacha Po Tysyni" translates as "The duckling swims." For generations of Ukrianians, it has been a song warning of the risks of warfare.