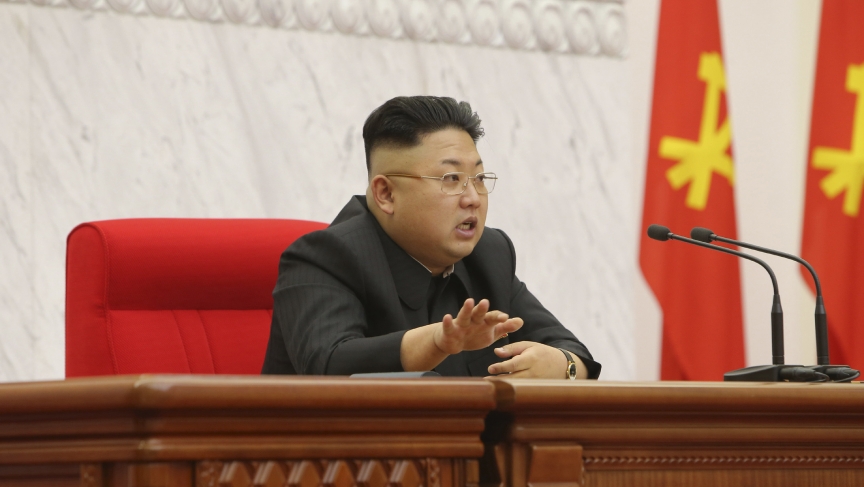 North Korean leader Kim Jong-un presides over a meeting of the Political Bureau of the Workers' Party of Korea's Central Committee in this undated photo released by North Korea's Korean Central News Agency.

When a London barber shop heard a report that North Korea was requiring all of its college men to get haircuts inspired by Dear Leader Kim Jong Un, an idea was born.

Mo Nabbach runs M&M Hair Academy, where he hung a poster of Kim, along with an offer for 15 percent off men's haircuts all month. The poster is titled "Bad Hair Day." Evidently that didn't sit well with folks at the North Korean embassy, who paid Nabbach a visit and called for him to take it down.

Nabbach didn't, and ultimately called the police to get rid of the embassy officials, according to The Independent. That didn't stop the North Koreans, though. Their foreign ministry sent a letter to British officials, asking them to insist the "provocation" be removed immediately.

Is Russia really the problem in Ukraine?

The situation in Ukraine has been depicted as a colossal struggle between East and West, between Russia and NATO. And to some degree, that's true. But, Keith Darden, writing for Foreign Affairs, has a different, more nuanced take.

He argues that Ukraine's failure to deal with its regions and ethnic groups in an even-handed way are the root cause, not a struggle between the US and Russia. He also suggests that unless Ukraine gets serious about devolving power to the regions, Ukraine won't be ripped apart by war, but rather by internal divisions.

Saturn gives birth — to a moon

Planetary scientists have long believed that the planets of the solar system have all the moons they're going to have. Maybe it's time to edit that theory. The Cassini space probe recently sent back photos of what appears to be a new moon being born from the rings of Saturn, PRI's The Takeaway reports.

The new moon, named Peggy, is the gas giant planet's 62nd satellite. It's led to a new theory that perhaps all of Saturn's moons were formed out of the rings — including some much larger rings that no longer exist, because the debris was formed into moons.

The religious right has a problem with birth control, in Iran

Iran has long been touted for its progressive approach to birth control, making contraceptives and vasectomies widely available for little to no cost. But in the face of what supreme leader Ayatollah Ali Khamenei believes to be an aging population, the government is considering tightening up restrictions on abortions and making an outright ban on vasectomies, The Guardian reports. Khamenei reportedly wants to double the nation's population to 150 million — and views birth control as standing in his way.

Boko Haram has terrorized Nigeria for months, killing and kidnapping with seeming impunity. But their latest attack is especially brazen. Over a six-hour period — involving multiple trips — Boko Haram terrorists abducted 100 teenage school girls from their school. And yet the government wasn't able to stop them, despite the many trips involved. PRI's The World reports on the state of affairs in Nigeria, where the government has promised for months that Boko Haram's rein of terror will be over by April.

Great day for quirky British news. Killer bird on the loose http://t.co/7iZC4uETaf And a Banksy in dispute http://t.co/sCGQd46lP7

If you live in northern North America, you'll be forgiven for thinking winter is still hanging around, with snow recently from Toronto to New York to Minnesota. But the Great Lakes are slowly proving that the spring thaw is under way — if perhaps paused for a few days. According to the Canadian Ice Service, the Great Lakes are just 38 percent ice covered this week, down from virtually completely ice covered in the heart of winter. Still, the 38 percent represents a record for ice coverage this late in the season — and a vast departure from normal. Typically, the lakes are just three percent ice covered by now.

Not exactly an inspired defense 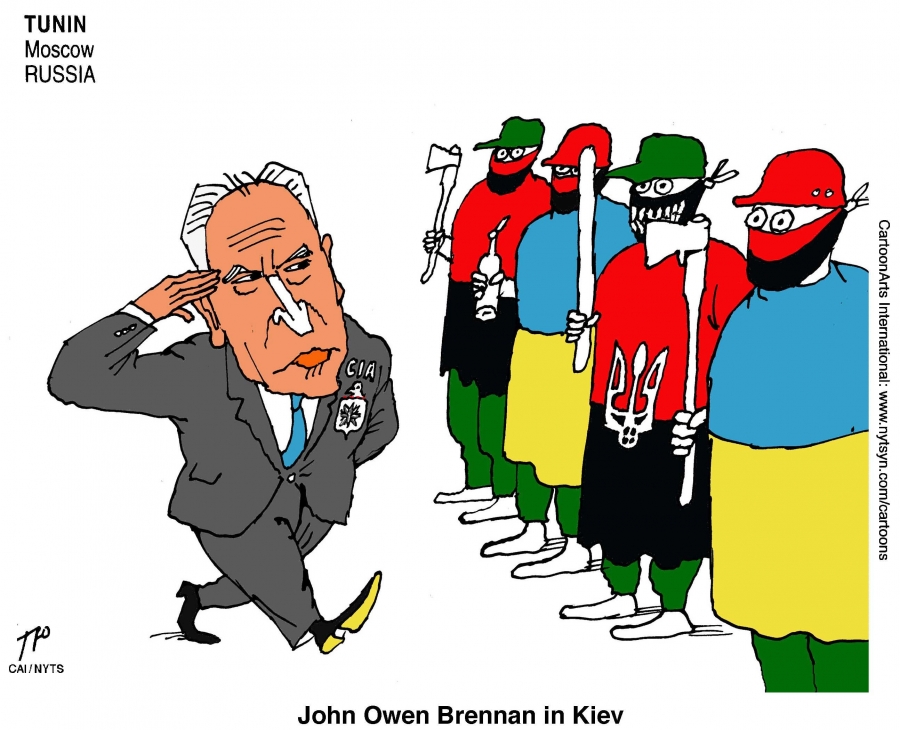