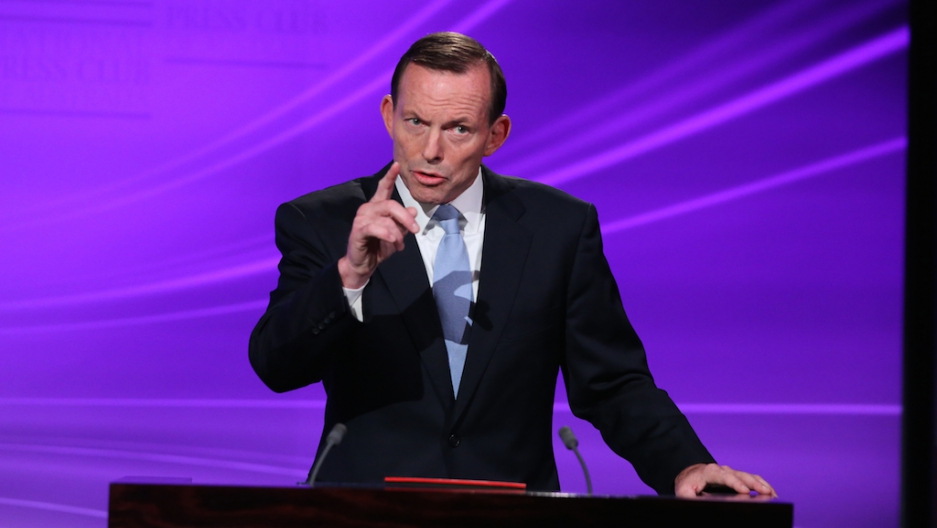 Since he came to power in September, some of Australia’s finest researchers point out that their budgets have been slashed. They say their expertise is being ignored in favor of the views of skeptics with a dubious commitment to the facts.

Now the science community is speaking out over fears that the government’s first annual budget could see a raft of further cuts at world-class research facilities, leading Australia to lose its reputation for cutting edge science and medical research.

A leading researcher who asked not to be named out of fear for his own funding tells GlobalPost that budget reductions are leaving scientists feeling as though science “is being systematically removed at all levels.” He pointed to past and future cuts at universities, the Australian Research Council and even the country’s premier science agency, the Commonwealth Scientific and Industrial Research Organisation (CSIRO).

The Sydney Morning Herald recently revealed that the CSIRO is bracing for a budget cut of as much as 20 percent. Nobel Laureate Professor Peter Doherty responded by saying such cuts would be “a sure way of accelerating our transition to a Third-World economy.”

Already, the government has announced the Department of the Environment, which is responsible for overseeing funding to dozens of science-based programs, will have its funding cut by 100 million Australian dollars ($93 million) over four years, resulting in the loss of a quarter of its staff.

“What’s happening in Australia looks awful compared to what’s happening [in California],” says Alan Trounson, a renowned IVF and stem cell pioneer who has recently returned to Australia after 7 years at the helm of the California Institute for Regenerative Medicine. Science funding in Australia is both “suboptimal and not terribly focused,” with a clear “lack of leadership from government,” he adds.

In addition to funding cuts, researchers are outraged by Abbott’s decision to abolish the science minister’s post. It was a “real surprise,” says Les Field, Secretary for Science Policy at the Australian Academy of Science. Instead, the science minister’s responsibilities are being spread across other ministries, mainly the education and industry departments. “Education and Industry are both massive portfolios … and no matter how you cut it, it will be difficult to get science, research and innovation to front-of-mind where it needs to be,” he says.

Trounson agrees that without a science minister, there is no one in government to champion research and innovation. Confining science to the fringes, he says, is unacceptable. “We could be doing wonderful things, and we’re not because the funding is not there and what is there isn’t targeted in the right areas.”

In May, the government will submit its first annual budget to parliament, a blueprint for how it will balance its books and fund its political agenda. Field says the budget will provide the government with an opportunity to demonstrate its commitment to science, and to “signal a vision for where Australia is going in terms its support for research and innovation.”

The May budget will include numerous cuts. Australia’s growth is slowing due to lower mining investment and a commodity price slump. But science and environmental sectors fear the brunt of the cuts, thanks to the Abbott’s record of lackluster backing for science, his solid support for heavy industry (most notably the coal sector), and his penchant for appointing science skeptics as key advisors.

The Australian Greens recently moved a Senate motion calling on the government to boost public and private R&D spending from 2.2 percent of gross domestic product to 3 percent, in line with US targets. “We have heard that some institutions and organizations have already been told to expect a funding cut in the budget [but] we’re in the dark about whether specific areas like medical research funding will be quarantined,” the party’s deputy leader Adam Bandt told GlobalPost.

Bandt points out that Australian researchers have been behind “some amazing breakthroughs, such as the flu jab, the quantum bit, blast glass, and Wi-Fi... and the black box flight recorder.”

A Department of Industry spokesperson says that while the government would not speculate on the forthcoming budget, the prime minister and the ministers for industry and education “continue to work with Australia’s Chief Scientist and the broader science community to ensure Australia has a unified and targeted approach to science and research funding.”

The department says the government is delivering on various election commitments, including multi-million dollar funding for projects such as tropical health and medicine research at James Cook University in Queensland, new Cooperative Research Centres, and health and medical research with a particular focus on diabetes and dementia.

Money has also been made available for a new Centre of Antarctic and Southern Ocean Research and the National Climate Change Adaptation Research Facility.

Clouds still hang over the Abbott government’s commitment to environmental research following the wholesale abolition of the science-led Climate Change Commission, and the recent announcement that the Australian Renewable Energy Agency has warned its stakeholders that its future is in limbo until after the May budget. The Agency has already lost almost 500 million Australian dollars ($467 million) in funding following the government’s decision to repeal the country’s carbon pricing legislation. The Clean Energy Finance Corporation is also under attack, with government efforts to scrap the green energy backer so far blocked in the Senate.

Finding the true worth of research

Chris Fulton, senior lecturer at the Australian National points out that research funding“creates jobs. If you sink, say, $60 million into research funding, then you’re creating an unbelievable number of jobs for the economy, on top of the actual research that those jobs returns.”

The Department of Industry says the government “understands that the contribution of scientists and researchers is critical to lifting productivity, creating jobs and building competitive advantage.” Australia’s unemployment level is currently just below 6 percent.

Fulton is concerned a lack funding could lead to a brain drain. “If we’re not funded, you’re going to lose a lot of knowledge and skills. We will get to the point where the Great Barrier Reef will be in crisis and the people we need to step up and make solutions won’t be there — they’ll be … living in the US or France or Asia where they are investing in science and research.”

The Department of Industry spokesperson said the government would continue to help fund large-scale projects such as the Square Kilometre Array radio telescope because such initiatives were “attracting world-class talent, enhancing Australia's global standing and providing an iconic project to attract young people to science and engineering.”

The Abbott government’s attitude toward science and the risk of budget cuts are leading to some serious soul-searching among scientists.

Fulton says to maximize funding opportunities, the science community needs to present its work in terms politicians can understand. "We need to ensure that the things we are discovering are translated into useful things for policy and management,” he says.

Trounson agrees. “Biologists and biotechnologists and people like myself need to demonstrate that it’s worth investing in this area.”

Field says it’s just as important to convince the public of the benefits of scientific work. “Governments today are very much driven by public opinion,” he says. “A significant groundswell of public support … for investment in science and research would be the most powerful message that would influence government.”

The last word goes to IVF and stem cell pioneer Trounson: “I think there will always be enough of us who are crazy enough to want to push the boundaries. There’s plenty of us with really great ideas that will help change the world, but we can’t do it by just wringing our hands. We have to go out and show that we are worth supporting — that’s the challenge.”