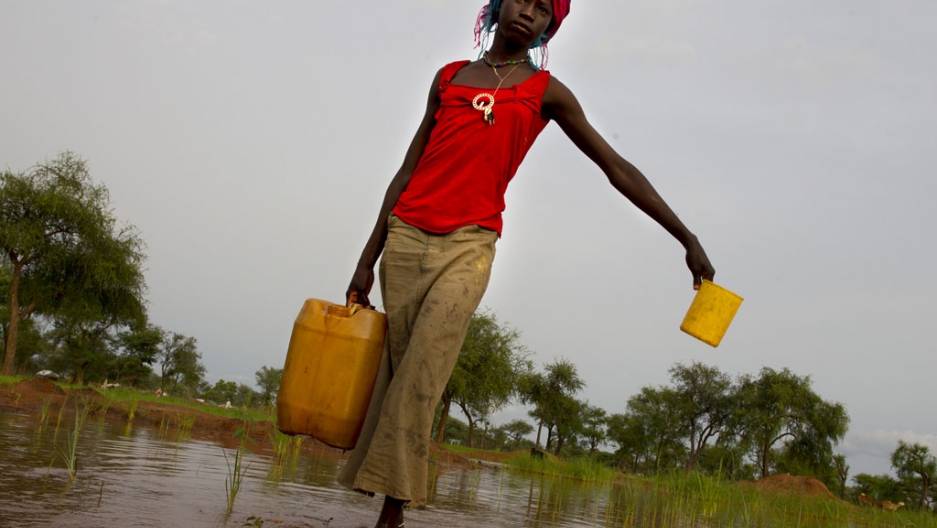 CAMBRIDGE, Mass. — An average woman in Africa spends about 60 percent of her day fetching water for her household. The chore not only forces women to walk miles to the nearest water source—which is highly likely to be contaminated—but it also prevents them from using that time to pursue educational or job opportunities instead.

Providing better access to clean water, therefore, can result not only in improved health, but also in gender equality, according to Saran Kaba Jones, the founder and executive director of FACE Africa, a Massachusetts-based nonprofit dedicated to improving water quality in remote parts of the continent.

“The water issue is a women’s issue,” said Jones at the MIT: Africa Innovate Conference hosted by the MIT Sloan Africa Business Club on Saturday, where she participated in a panel on “Women in Africa.”

“Women are the ones responsible for walking long distances every day to fetch water for the household, which means that they spend less time focusing on activity, on education, on childcare.”

The five panelists — all prominent female leaders in the government, business and media sectors — said that change for women in Africa needs to start at home.

“Our upbringing teaches us that women have to take the backseat,” said panelist Agatha Amata, the CEO of Nigeria-based Inside Out Media, a production company that offers documentaries, talk shows, dramas and other media-related services. “That is the African upbringing, but it’s changing very quickly.”

Jones said that re-examining the traditional delegation of water fetching to female members of a household is an important way to start the conversation about gender equality at home and beyond.

FACE Africa, in fact, started out as an education initiative, but its mission changed once Jones realized that access to education was majorly inhibited by lack of access to clean drinking water. Since 2009, the organization has funded and supported water, sanitation and hygiene projects in rural Liberia that have benefitted more than 10,000 people with the help of partners like Chevron, the Voss Foundation, Taj Hotels Resorts and Palaces, Chase Community Giving and more.

“Children were not showing up to school for extended periods of time because they were suffering from waterborne illnesses,” Jones said, citing a World Bank estimate that waterborne illnesses kill more children under 5 than HIV/AIDS, malaria and measles combined.

But in addition to the significant health implications, there are also social ones.

Panelist Anna Othoro, who works for the Trade Industrialization, Cooperative Development, Tourism and Wildlife branch of the Nairobi City County Government, lamented that despite Kenyan legislation that reserves 30 percent of all government appointments to women, not enough women are stepping forward to fill that quota.

“In our minds, we’ve been ingrained with the fact that we are homemakers more than we are businesswomen, so we need to change that attitude,” she said.

For Jones, eliminating a household-level problem—the time needed to fetch water and the health risks associated with its quality—would allow women to take advantage of the opportunities that are now increasingly provided for them.

“We take the issue of water very seriously because we see it as a catalyst for change and development,” said Jones. “The more you can empower women and girls with access to water, the more we can give them the opportunity to improve their lives and those of their communities.”

More from GlobalPost: Most African leaders not making promised investments in agriculture

Olga Khvan is a Boston University senior with a Kazakh passport and a northern New Jersey upbringing, set to graduate in May with a dual degree in journalism and art history. She’s a contributing digital editor for Boston magazine, where she started out as a digital intern last summer, and has previously worked as a collegiate correspondent for USA TODAY, making national news more accessible and easily understandable for a college audience. You can follow her at @olgakhvan.