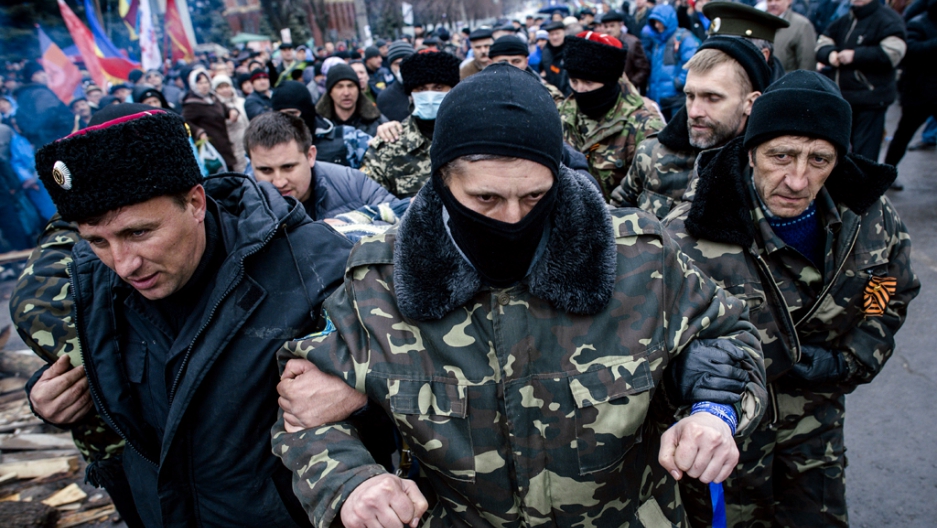 Pro-Russian activists escort a man (unseen) who they say is a provocateur outside the secret service building in the eastern Ukrainian city of Luhansk on April 13, 2014.
Credit: DIMITAR DILKOFF
Share

Reuters — Ukraine's president on Monday threatened military action after pro-Russian separatists occupying government buildings in the east ignored an ultimatum to leave and another group of rebels attacked police headquarters in the troubled region.

As the 9 a.m. deadline issued by authorities in Kyiv expired, a Reuters reporter in the flashpoint city of Slaviansk, where armed men had seized two government buildings, saw nothing to show the rebels were obeying the ultimatum.