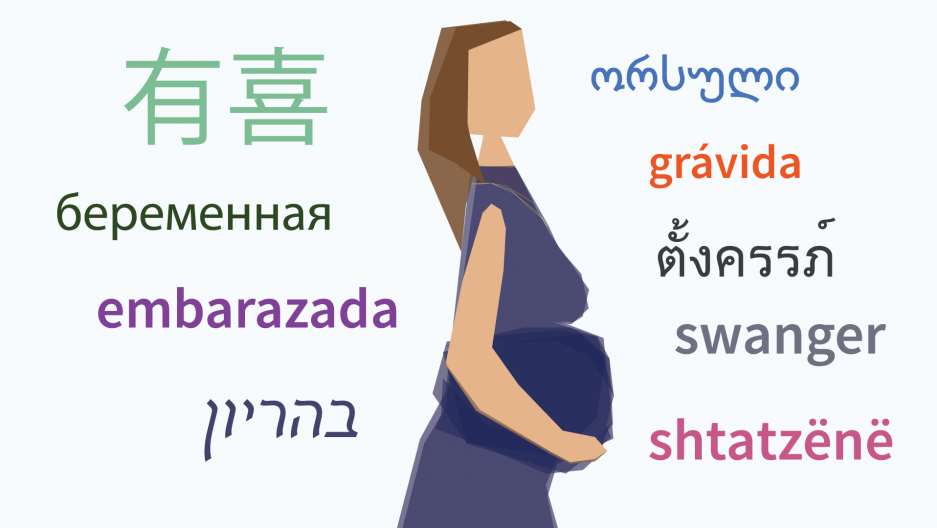 When a woman in Russia is carrying a child in her womb, several words could be used to describe her condition. 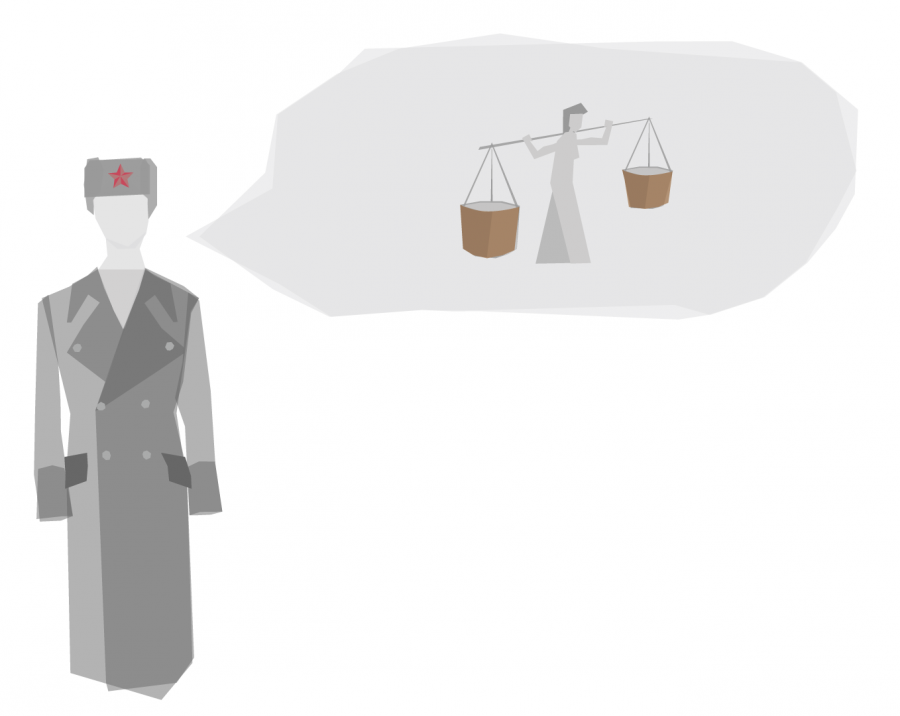 The most common is beremenaya (Беременная). Figuratively, it means pregnant. But the literal meaning is quite different.

“It has this kind of almost quasi-religious meaning of burden, or punishment,” says Svetlana Boym, professor of Slavic and comparative literature at Harvard.

“You are carrying your burden.”

In other Slavic languages, some words for pregnant have the same root meaning of burden. Makes you wonder — how exactly do people in the Slavic world view pregnancy?

And what are we to make of the words that describe pregnancy in the African nation of Malawi? Malawian journalist Yvonnie Sundu lists three words for pregnant in the Chichewa language — and all of them mean ill. There’s matenda, wodwala and, most dramatically, pakati, which means “between life and death.” 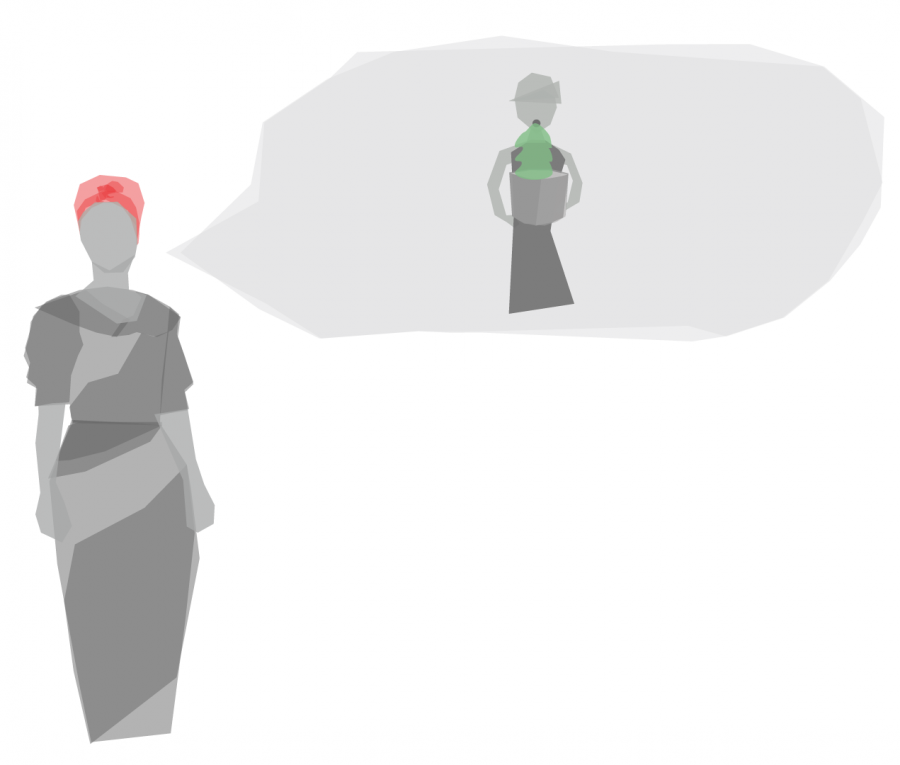 Linguistically, pregnancy seems to be seen in a more positive light in China. Among the many words in Chinese for pregnant is youxi (有喜), which Boston-based Chinese teacher Wenjing Li says is made up of two common characters. You (有)means “to have” and xi (喜) means “happy” or “happiness.” Put them together and they mean pregnant.

Russian, Chichewa and Chinese aren’t outliers. Translate pregnant into many other languages and you’ll get words that break down into all kinds of meanings.

The Spanish word for pregnant — embarazada — is often confused with the English word embarrassed. They may have different meanings today, but these two words come from the same root.

The word for pregnant in the Amazonian tribal language of Pirahã is koohiaaga, which means “stomach.” That may sound like a vague term for pregnant, but when the Pirahã say, “her stomach is big,” it means only one thing. 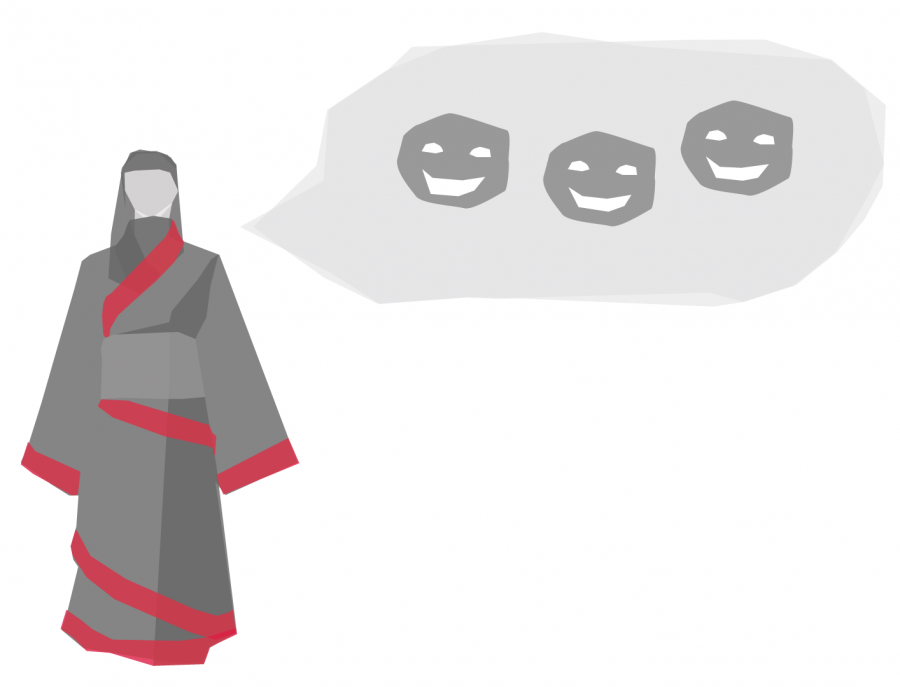 All these words and all these meanings seem rich with cultural information. When you think about it, it makes sense that the Chinese, with their Confucian values, would view pregnancy as a happy circumstance.Likewise, it’s not surprising that Russians, with all the suffering in their society, would view pregnancy as a burden. And in a poor country like Malawi, where women may not get adequate prenatal care, you can see how pregnancy might be viewed as sickness.

It stands to reason that we should mine these words for clues about the behavior and views of the people who use them. Right?

“It’s really tempting to think that the different words that we often use have something to do with the culture that a language corresponds to,” says McWhorter. “But, actually, there’s a lot less to ideas like that than we’d like to think.”

Why? Consider again the word in question: pregnant.

Look up pregnant in an English dictionary and you’ll see that it comes from a Latin word that means something like “before birth.”

Over time, the word has picked up other meanings. It can refer, for example, to something that’s filled with significance or emotion — for instance, a pregnant pause.

It’s not clear where these other meanings came from. One theory is that a French word that sounded a bit like pregnant became confused with the English word, and so, over time, pregnant expanded its meaning. It’s a pretty common way for a word to evolve — not in a planned fashion, just randomly.

When we say pregnant, or any other word, says McWhorter, we can’t possibly think of all of its nuances, let alone its original root meaning.

It’s dangerous, he says, because we might draw completely false conclusions about a group of people. Are the Chinese, for example, really happier about pregnancy than others? Not in recent decades; China’s one-child policy must have resulted in millions of unhappy pregnancies.

How Language Relates to Thought

So, what is the connection between how you speak and how you think?

“Language and thought don’t correspond the way we might think they do when we look at it laid out all neatly on the page,” says McWhorter.

Over the years, linguists have gone back and forth on how much the language you speak affects how you think. Today, most linguists don’t believe that language affects thought all that much. But recently, a few studies on how we perceive the likes of cardinal directions and color have concluded that speech does sometimes shape thought.

McWhorter, though, is skeptical — so skeptical that he’s written a book called "The Language Hoax: Why the World Looks the Same in Any Language."

So what, if anything, runs through the minds of Chinese, Chichewa and Russian speakers when they use their words for pregnant?

Wenjing Li — again referring to the two Chinese characters, “you” meaning have and “xi” meaning happiness — says, “When we say youxi together, we always think … pregnant. We don’t think about what you means and what xi means separately.”

A Glimpse of History

So does that mean that we should always ignore the root or literal meanings of words? Words had to evolve out of some sort of meaning.

What about those Chichewa words for pregnant, all meaning sick? Chichewa speaker Yvonne Sundu guesses that the word pakati, meaning, literally, “between life and death,” once made a lot of sense.

“Most of the women who were pregnant ended up perhaps dying,” says Sundu. “So that’s the reason why our forefathers coined this word, pakati.”

Of course, given the random way that words often evolve, they’re not exactly the most reliable pieces of historical evidence. But, sometimes, they may offer a clue about cultural attitudes in the past.

Harvard’s Svetlana Boym thinks so. There’s the Russian word for pregnancy, beremenaya, with its literal meaning of “burden.”

She says that Russians, until quite recently, did think of pregnancy as a burden.

“Women in old Soviet times were not given painkillers,” says Boym. “There was an idea that you were supposed to suffer your burden as a woman, which I think is quite a horrifying idea.”

But medical practices evolve. So do cultural attitudes. In Russia today, the government is upgrading maternity hospitals and paying couples a cash bonus if they have more than one child. So, is pregnancy still a “burden?"

The word and its root meaning appear to be growing ever farther apart.

*Update: A previous version of this story included an illustration that incorrectly displayed the Hebrew. Thanks to Guy Sharett and Daniel Estrin for letting us know.