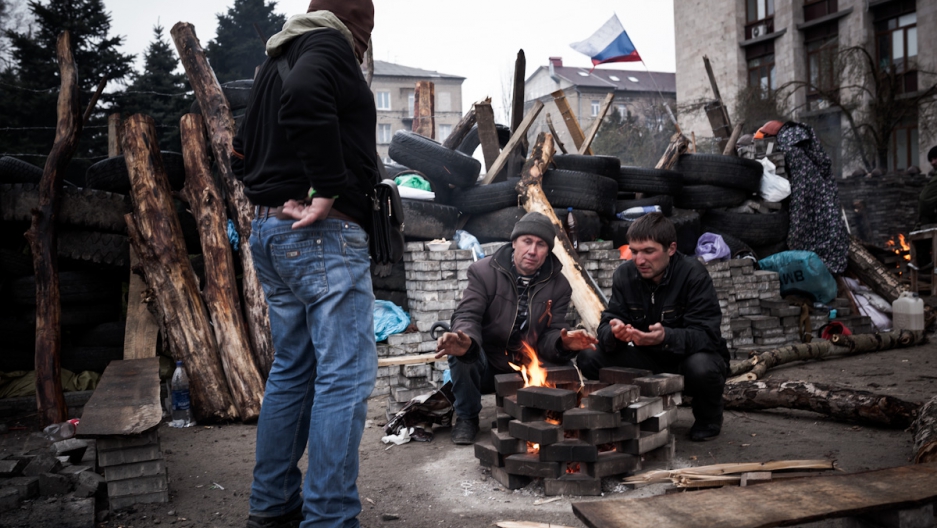 Pro-Russian separatists near the government building they occupied in the eastern Ukrainian city of Donetsk, on April 11, 2014.
Credit: Ronny Roman Rozenberg
Share

Ukraine's interim Prime Minister Arseniy Yatsenyuk paid a visit on Friday to the eastern city of Donetsk, where separatists seized a government building last Sunday and have occupied it since.

He held talks with regional leaders, as the separatists demanded a referendum to join Russia, similar to the one Crimea held before it seceded from Ukraine and joined Russia last month.

"In the framework of the changed constitution, we will be able to satisfy specific requests of every single region," Yatsenyuk told regional leaders, according to the BBC.

More from GlobalPost: US threatens new sanctions on Russia

He also called for regional leaders to be elected locally rather than being appointed by the government in Kyiv. Yatsenyuk said the new constitution should allow for more local governance, and called for legilation that would allow local referenendums.

"In four months, the program will change the attitude of residents," Taruta said.

Yatsenyuk called on the armed separatists still occupying buildings in Donetsk and Luhansk to leave them and surrender their weapons. On Thursday, Ukraine's acting president, Oleksander Turchynov, offered the pro-Russian protesters amnesty if they turned their weapons in.

Earlier in the week, Ukraine's interior minister gave the separatists a 48 hour ultimatum, and said the situation would be resolved either by political negotiation or by force. As of Thursday, the separatists had fortified their barricades around the government building with razor wire, tires and sand bags.

More from GlobalPost: These are the faces of pro-Russian protesters in the Ukrainian city of Donetsk

The central government in Ukraine is struggling to hold its splintered territory together after the region of Crimea was annexed by Russia in March.