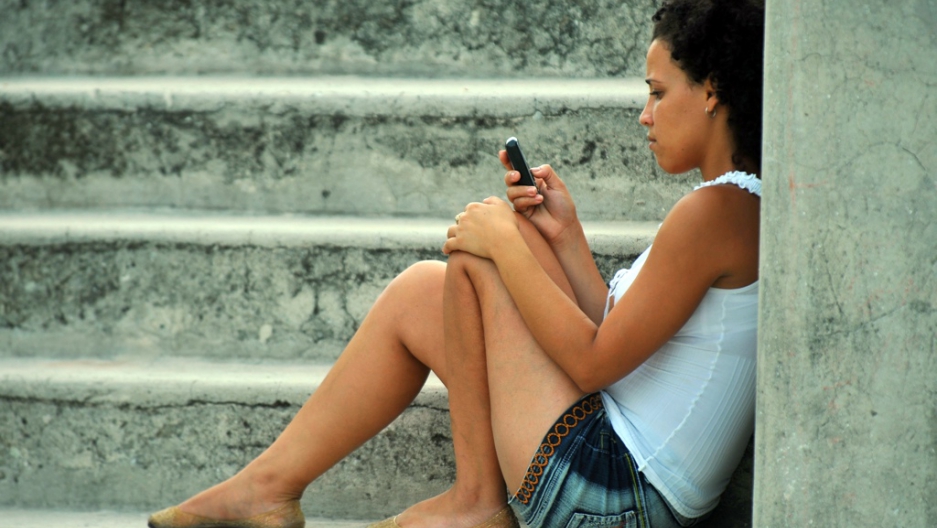 There's going to be a 'smart mob' where?
Credit: Stringer
Share

If Washington wants to help Cubans break through the “information blockade” on their island — and thus potentially subvert the Castro regime — why not finally allow companies to freely export internet technology to Cuba instead of engaging in controversial cloak-and-dagger tactics?

It emerged last week that the US Agency for International Development (USAID) had been behind ZunZuneo, a cellphone-based microblogging platform that suddenly appeared in Cuba in 2009 and then disappeared, just as mysteriously, in 2012.

Mobile technology was used because internet use is tightly controlled in Cuba, and possibly also because internet penetration is so low. That’s thanks to the policies of the unelected Castro regime — and to the US embargo, which largely prevents laptops, cellphones and other basic technology from ever reaching the Caribbean island.

Initially, ZunZuneo’s content, including sports, trivia and weather, was innocuous. But, according to the Associated Press report that broke the news, the real purpose was to eventually introduce political messages and trigger “smart mobs” of anti-government protesters.

In other words, the AP said, USAID was surreptitiously trying to recreate the kind of social media networks in Cuba that have played such a key role in mass demonstrations from Caracas to Bangkok.

USAID denies that. Spokesman Matt Herrick insisted ZunZuneo had been above board but could not publicize the fact that it was US-backed as Cuba would have instantly shut it down.

“USAID does not do covert work,” Herrick told GlobalPost. “Those claims are false. Discrete does not equal covert.”

By discrete, he added, USAID meant that it did submit a broad description of the program to the US Congress — without actually naming ZunZuneo — plus the fact that the platform’s existence was public knowledge inside and outside Cuba, even if US involvement wasn’t.

But that difference may be lost on ordinary Cubans who signed up for ZunZuneo without any inkling that it was a US initiative allegedly aimed at subverting the Castro regime, and potentially leaving users open to blowback from their authoritarian government.

It also angered US senators. Patrick Leahy (D-Vt.) called ZunZuneo “cockamamie” Tuesday as he led the sometimes brutal questioning of USAID Administrator Rajiv Shah when he appeared before the Senate sub-committee that oversees the agency’s funding.

But that may be the least of it.

“There is a very simple way to promote internet access in Cuba and that is to provide Cubans with the technology,” said Arturo Lopez-Levy, a Cuban who teaches international relations at the University of Denver.

“It is very hypocritical to claim that this [ZunZuneo] was to promote internet access and information sharing when the purpose of this program was to overthrow the Cuban administration. We don’t want something like Libya or Syria for Cuba, where there is a violent rebellion and no one knows what comes next.”

The row is just the latest blow to hit USAID in Latin America, where anti-American feeling often runs high thanks to past heavy-handed US interventions, including support for brutal military dictatorships in the name of halting communism.

The populist elected left-wing governments in Ecuador and Bolivia have both recently kicked the agency out of their countries, claiming its democracy-promotion initiatives were meddling in their internal affairs.

Meanwhile in Cuba, former USAID sub-contractor Alan Gross remains behind bars for attempting to provide illicit internet technology to the island’s Jewish community. He has now begun a hunger strike to protest his treatment by the US and Cuban governments.

It's beyond dispute that Cubans are some of the world’s least wired people.

According to US-based rights group Freedom House, there were 2.6 million internet users in Cuba in 2011, just over 23 percent of the population.

But they have to battle with creaking 1990s-style phone connections, widespread official blocking of content, and tight government controls that mean that many only ever get online by secretly paying the small number of government-approved internet users.

Streaming is all but unheard of.

By being text message-based, ZunZuneo — the name is Cuban slang for the tweeting of a hummingbird — was intended to sidestep those barriers. According to USAID, ZunZuneo had 68,000 users at its peak.

Yet for critics such as Lopez-Levy, ZunZuneo has hurt the United States’ image on the island, while also failing to address the fact that one of the biggest reasons Cubans can’t get online is the US embargo.

More from GlobalPost: How the US keeps Cuba offline

The Cuban government has permitted its citizens to own cellphones and computers since 2008. Yet for most of the island’s population of 11 million, browsing the worldwide web remains a distant dream.

Even though there are wired hotels and a handful of internet cafes, the cost of $4 or $5 an hour is more than most Cubans earn in a day.

And while individual visitors to the island may bring in one, and sometimes even two computers, US trade sanctions effectively bar American tech companies from marketing their wares in Cuba.

There are exceptions when the end user is not connected to the Cuban government. But given that Cuba is a communist nation with few private businesses, that rules out most Cuban citizens or organizations, including all schools and colleges.

It even means that any device produced outside the United States, but that has more than 10 percent US components, cannot be exported to the island without the company risking a fine in the United States.

For example, Intel, the top Silicon Valley-based microchip maker, supplies hardware for computers manufactured by Japanese giants Toshiba and Sony. In a brief statement to GlobalPost, Intel said: “We are prohibited from exporting our products to Cuba consistent with US export administration rules.”

In other words, the embargo.

Responding to the furor around ZunZuneo, USAID’s Herrick said: “The story that has been overlooked here is the Cuban government’s denial of basic rights to its citizens.”

That may well be true. But for Lopez-Levy, USAID only has itself to blame for ZunZuneo’s distracting from it.

“This just reinforces the idea that the US is using human rights rhetoric to support regime change,” he said. “It is disrespectful to Cuban civil society and to ordinary Cubans.”