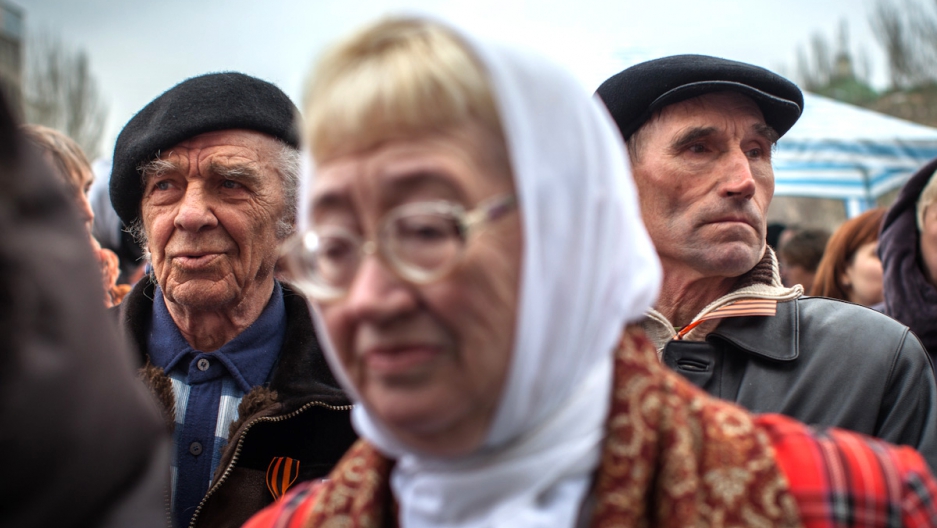 Activists and locals steel themselves as the Ukraine government's evacuation deadline approaches in the eastern city of Donetsk on April 10, 2014.
Credit: Ronny Roman Rozenberg
Share

The armed pro-Russian protesters who stormed regional government buildings over the weekend in eastern Ukraine were given an ultimatum on Wednesday.

The country's interior minister said the situation would be brought under control, either through political negotiation or force, within 48 hours.

As the deadline approached, negotiations were underway in Donetsk — one of the two cities with occupied buildings — with the governor expressing hope in reaching an agreement.

More from GlobalPost: Pro-Russian groups are dug-in around Donetsk with barbed wire and molotov cocktails

The Washington Post described the militants: "The separatists are part of a ragged, murky and disjointed movement, without identifiable leaders, and the politicians on the other side, from various parties, are sure to be looking for personal advantage."

GlobalPost's Ronny Roman Rozenberg was on the scene and captured these pictures of both the building occupiers and locals who supported them.

Ukraine's acting President Oleksander Turchynov offered amnesty to the separatists if they surrendered their weapons and left the buildings. "We need to resolve this situation with the minimum number of victims," he told parliament.