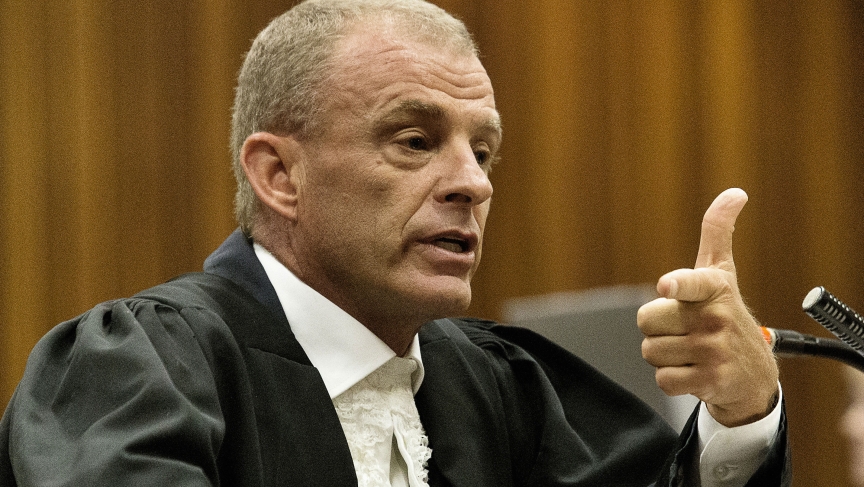 Journalist Nastasya Tay says Nel is living up to his nickname "the bull terrier." She argues that the proceedings in recent days have led many South Africans to question the details of Pistorius' account of the death of his girlfriend, Reeva Steenkamp.

"I don't think people have fully made up their minds yet, but I think there are more people on the fence now," Tay says.

She suggests that behind the daily courtroom theatrics, the trial offers a deeper examination of a topic not not very many South Africans are speaking about openly: the fear of intruders, and crime in general.

"Oscar Pistorius speaks constantly in his accounts of being incredibly terrrified of what might be behind the toilet door. He carries a gun on him all the time," Tay says. "There is this very pervasive fear in certain parts of South Africa society of crime, particularly violent crime and home invasions."

Tay notes that as the trial continues, class distinctions play a prominent role.

"If you look at the statistics, there's a huge disconnect between the reality of what might happen in terms of crime and the perception of crime — primarily in rich communities where people are a little bit more disconnected from the broader community," Tay says. "So for people like Oscar Pistorius, who live in these security estates they have a heightened fear of crime but they're less likely to fall victim to it."

Pistorius faces charges of premeditated murder, a crime which carries a minimum jail term of 25 years. He says he shot Reeva Steenkamp by mistake.