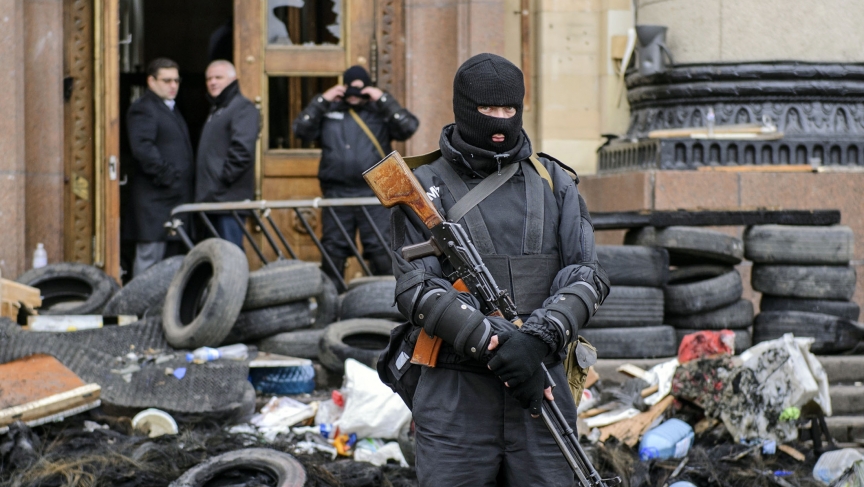 On Monday, Ukraine retook control of government buildings in Kharkiv without any blood being shed.

"Ukrainian authorities said it was done without a shot being fired," says the BBC's David Stern. "They said they are going to restore order in eastern Ukraine peacefully, or without any violence. But of course, given the tensions, given the emotions, these may prove to be very difficult."

Protesters are still occupying the administrative buildings in Luhansk and Donetsk. Donetsk is where ousted Ukrainian president Viktor Yanukovych was born. Pro-Russian demonstrators on Monday declared the city, a "people's republic."

The eastern part of Ukraine is economically important to the country. It's where the mining and metallurgy industries are based, says Stern. "Donesk is sort of the heart of that."

Stern says that if tensions escalate, it's going to be protracted and, potentially, "it could be very, very bloody."