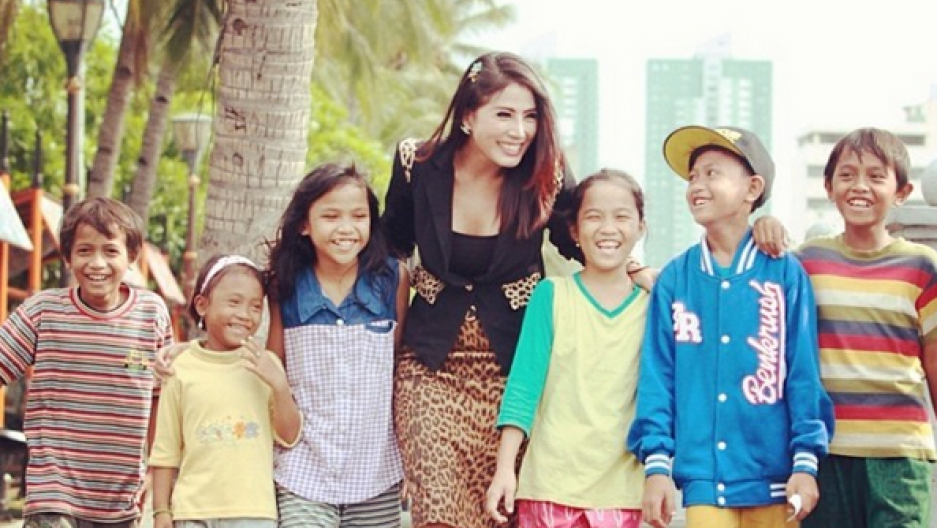 It takes more than just a winning smile to get elected in Indonesia.

Make that a winning smile, perfectly coiffed hair, some eyelashes you can flutter, an enviable set of curves and a wardrobe that shows them off.

At least, those are the qualifications that cynics say will earn you a shot at a seat in Indonesia's parliament. When voters go to the polls for legislative elections on April 9, they'll notice that several of the female candidates pictured on their ballot papers have something in common: they're all, well, babes.

It's no coincidence. Indonesia has a name for such balloted beauties: caleg cantik, or "gorgeous candidates." Critics accuse political parties of including them on their lists despite their glaring lack of chops in the cynical hope that Indonesians will vote not with their heads but their... er... eyes.

There's also another factor at play in the prevalence of female candidates, namely a gender quota that requires parties to ensure that women make up at least 30 percent of their list. Since it was introduced 10 years ago, women's rights activists told the Financial Times, the mandate has sometimes resulted in male party bosses filling the slots with either hot young celebrities or their own wives and daughters, even — or perhaps especially — if they don't stand any real chance of rising to power.

Take Destiya Purna Panca, for example, known to her fans as Destiara Talita, who's a candidate in West Java for the small Indonesian Justice and Unity Party (PKPI). She made her name modeling for men's magazines and though she now describes herself on Twitter as a law student, old habits evidently die hard. Just look at her Instagram feed:

Elsewhere on the PKPI ticket you'll find Camellia Panduwinata Lubis, who under the stage name Camel Petir sings and dances her way breathily through pop hits like this one:

Nor is it only the smallest parties fielding caleg cantik. Among the candidates for the United Development Party (PPP), Indonesia's oldest Islamist party, you'll find model-slash-actress Angel Lelga:

She can rock a pantsuit with the best of 'em, but unfortunately her qualifications don't seem to extend much further. Interviewed on a political talk show in January, according to The Jakarta Post Lelga struggled to explain her platform, eventually admitting: "Regarding some of the issues, I haven't asked my party chairman, so I don't have my own opinion. I don't want to meddle in party affairs."

The PPP's campaign manager, Fernita Darwis, even seemed to confirm the worst suspicions about why her party selected Lelga as a candidate. "We realized that this [the controversy] is something we need to make the PPP a media darling once again," Darwis bluntly told the Post.

But the biggest proponent of celebrity candidates — female and male — is the National Mandate Party (PAN), whose fondness for the famous has earned it the nickname "National Celebrities Party," according to the Post. Its list includes Jeremy Thomas, a former soap opera star, actress Desy Ratnasari and comedian Eko Patrio, as well as TV actor Gading Marten and his girlfriend, 'Indonesian Idol' finalist Giselle Anastasia:

Rest assured, though: "They are not just random celebrities," PAN official Bima Arya Sugiarto told the Post, "they are celebrities with a plus. Our legislative candidates are not only popular, they have the capacity."

Cynicism aside, of course, there's no reason that can't be true. Several actors-turned-legislators have already demonstrated that it's possible to be an attractive woman and a credible politician (who'da thunk?). Rieke Diah Pitaloka, former soap star and indisputable looker, has been an MP for the Indonesian Democratic Party of Struggle since 2009. Meanwhile former movie actress Nurul Arifin is deputy secretary-general of Golkar, a partner in the ruling coalition, and was awarded the World Economics Forum's Young Global Leader Award in 2005.

Here's hoping that this year's crop of caleg cantik — if Indonesian voters decide to put any of them in parliament — can prove that they, too, are more than just "gorgeous candidates."