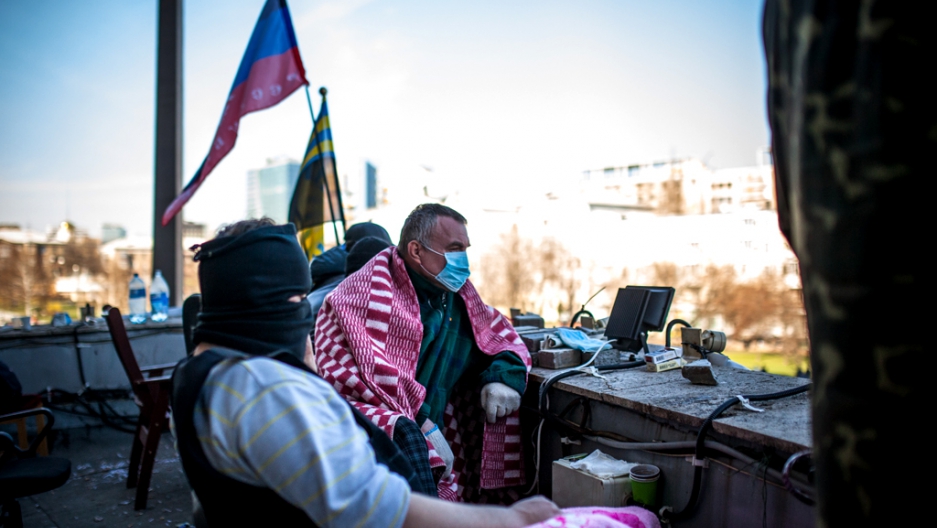 Pro-Russian activists in front of the Donetsk regional administration building on April 8 after taking it over on April 6. On April 7, they declared the creation of a ‘People’s Republic' of Donetsk, and demanded an independence referendum to be held no later than May 11.
Credit: Ronny Roman Rozenberg
Share

Pro-Russian protesters were engaged in a standoff with Ukrainian forces in Donetsk on Tuesday, after occupying an administrative building over the weekend and declaring the eastern Ukrainian city a separatist republic.

Their main demand was a referendum on joining Russia — as the Ukrainian region of Crimea did in March.

Ukraine's security agency accused pro-Russian activists in the eastern city of Luhansk of acting like terrorists, saying its investigators had found explosives in the main state security building that the protesters had stormed on Sunday.

While the United States and NATO warned Russia of consequences if it intervened further, Ukraine had more pressing concerns about Russian producer Gazprom cutting off gas supplies as it did in the winters of 2005-6 and 2008-9.