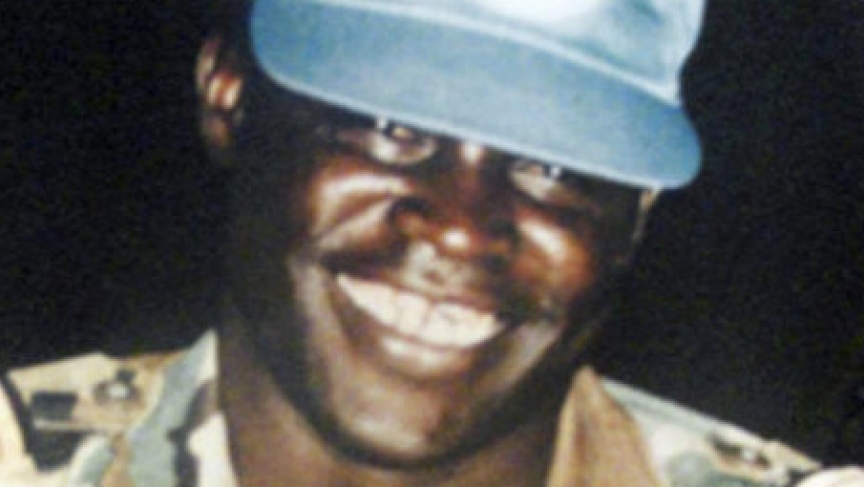 Mbaye Diagne, a Senegalese captain with the UN's peacekeeping mission in Kigali saved an estimated 600 Rwandans during the genocide.

UN peacekeepers take a lot of flack for failing to act in the face of conflict.

Twenty years ago in Rwanda, the UN force there was unable to save the some 800,000 Rwandans who perished.

A small UN force was in Rwanda before the massacres began.

But after the slaughter started, most Western peacekeepers were evacuated.

Those that remained - many from African nations - were poorly armed, and lacked a clear mandate.

The BBC's Mark Doyle says in a new report one of them, a Senegalese captain named Mbaye Diagne, stood out for his actions.

"He was a devout Muslim -  as most Senegalese are - but he would carry alcohol in his car, he'd carry cases of beer, he'd carry cigarettes, wads of cash, and he would literally buy the lives of people he was trying to get through the road blocks," Doyle says.

Dr. Odette Nyiramilimo was in one of the many convoys piled full of people trying to escape when the vehicles came under attack by Hutu militiamen.

"Capt. Mbaye arrived and he looked at all those people who were trying to pull us out and pushed them away and told us to lay down," Nyiramilimo says. "He stood on that truck saying, 'You are not killing these people. If you want to kill them, you kill me first, but you are not killing them while I am here.'"

Ultimately Rwanda did not pay Capt. Mbaye Diagne back for his kindness. He was killed by what is thought to have been a stray mortar round that exploded near his car in late May of 1994.

He was just 12 days shy of ending his mission.