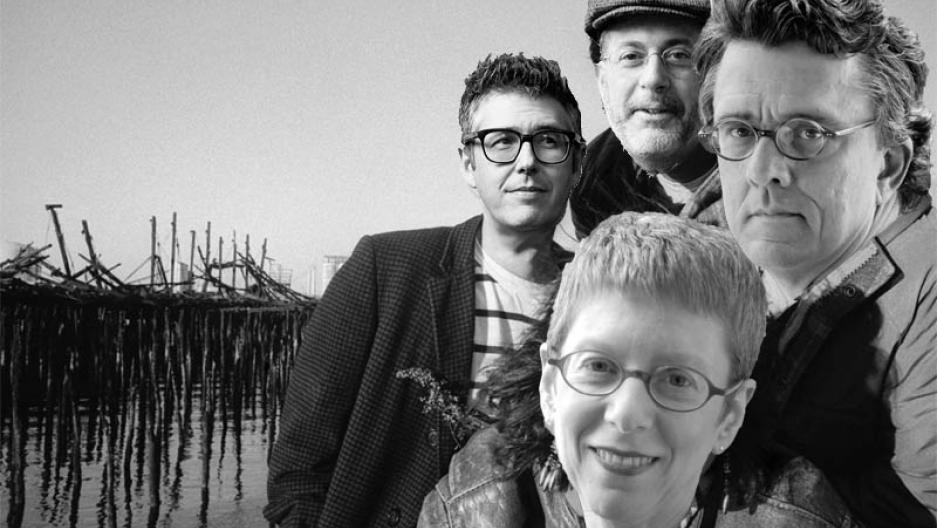 When I was 13 I knew about schools of fish and gaggles of geese. Then I read a little book of my mom's called An Exultation of Larks. Ever since I've loved obscure collective nouns for creatures, all these actual words that seem like fictional artifacts: a parliament of owls, an ostentation of peacocks, a smack of jellyfish, a murder of crows, and so many more.

Example: if Terry Gross and Ira Glass and Robert Siegel and I got together, would we be a pomposity of hosts?

Your challenge: come up with collective nouns for any of the following:

We'll reveal our favorites on the show.

UPDATE 5/2: James Lipton has chosen his winners. Thanks to all who participated!