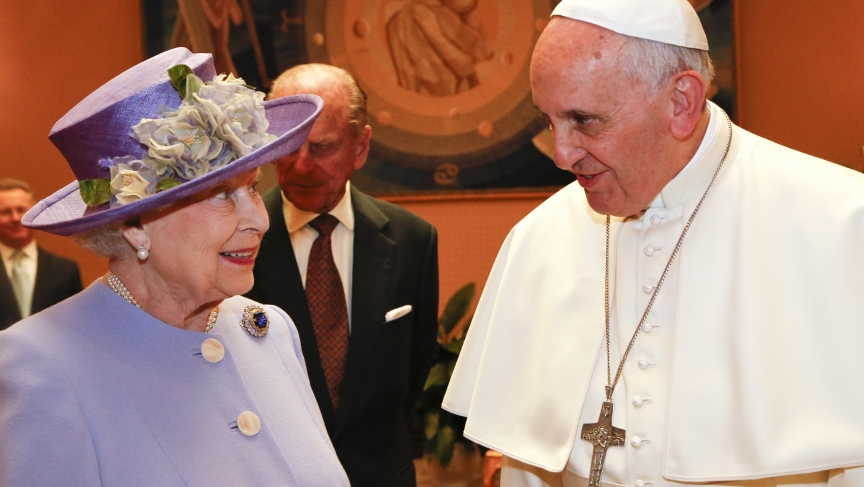 Britain's Queen Elizabeth talks with Pope Francis during a meeting at the Vatican April 3, 2014.

Francis is the fifth pope the long-serving monarch has met. The queen brought along a basket full of British items for the pope, including a bottle of whiskey. In exchange, the pope gave her a royal orb made of lapis lazuli with a silver cross on top — for her great-grandson, the new Prince George.

The queen serves as the head of the Church of England, which has a thorny relationship with the Vatican right now — though the visit was described as perfectly pleasant. The BBC has more.

This is one interview you really want to listen to

On Wednesday, PRI's The World interviewed Afghan War veteran Matt Farwell about his thoughts on Afghanistan's upcoming elections. Farwell had cogent thoughts about the interview, of course, but what quickly became clear was how deeply he was affected by his time there. What followed was an interview that was equal parts wrenching and insightful — a true look at how America's veterans are coping with their experience. The interview was so powerful we heard from many of you who professed to being moved. We have to admit, we were moved to. The World's host, Marco Werman, was listening to the interview again in his kitchen and said he nearly broke down. You can read some of those reactions, and Marco's, as well.

Most of the people responsible for the US banking collapse during the most recent recession have moved on with their lives — onto new pursuits, often still in banking. In Vietnam, though, thinks aren't so easy. According to a report from Global Post, Vietnam is sentencing corrupt bank officials to death in a round of trials over recent months. Human rights watchdogs, though, say it's not even fair to call these proceedings trials. It's all just political theatre with pre-ordained outcomes — something meant to satisfy a public weary of official corruption.

Sometimes if you're hungry, you have to say so

Cheng Imm Tan came to the US from Malaysia as a student in the 1970s. She thought she was ready — she'd done her research, spoke English and was accepted to an American college. But what she quickly discovered was there are things you can't research. PRI's The World tells the story of quite literally her first night in America — a night she went to bed hungry, and not because she wasn't offered food. In her native Malaysia, guests always refuse to eat, while hosts insist. But at the home where she stayed that night, when her host heard her refuse twice, she assumed she really wasn't hungry. And that wasn't her last experience with cultural collision.

Was that text message worth it?

A British teen has learned that sometimes, you just have to let the cell phone go — quite literally. Fire officials were called to rescue the 16-year-old after she got stuck in a storm drain while trying to rescue a cell phone that had fallen. Adding insult to injury, turns out the phone was so badly broken in the fall as to be unusable. ITV has the story.

The major cities of western Europe are unseasonably warm right now, according to a report from AccuWeather. From London to Paris to Berlin, temperatures are ten to 15 degrees above normal. Temperatures right now are in the high 60s and low 70s. 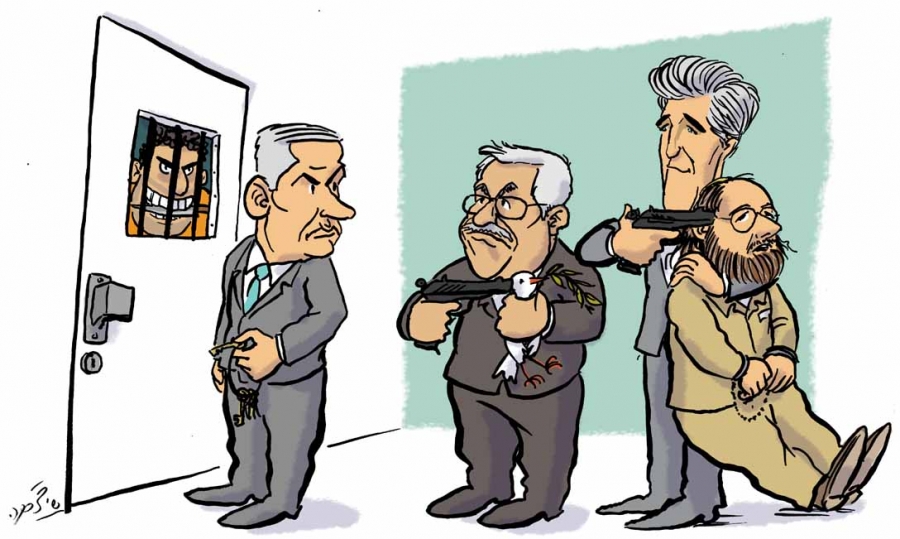 "Do it or else" is the message of this cartoon about the nearly kaput Arab-Israeli peace talks brokered by Secretary of State John Kerry. Palestinian President Mahmoud Abbas is holding a gun to the head of a peace dove and John Kerry is doing the same to convicted Israeli spy Jonathan Pollard, whose possible release was floated by Kerry to keep Israel interested. Now Kerry says both sides are being "unhelpful" in keeping the talks going.