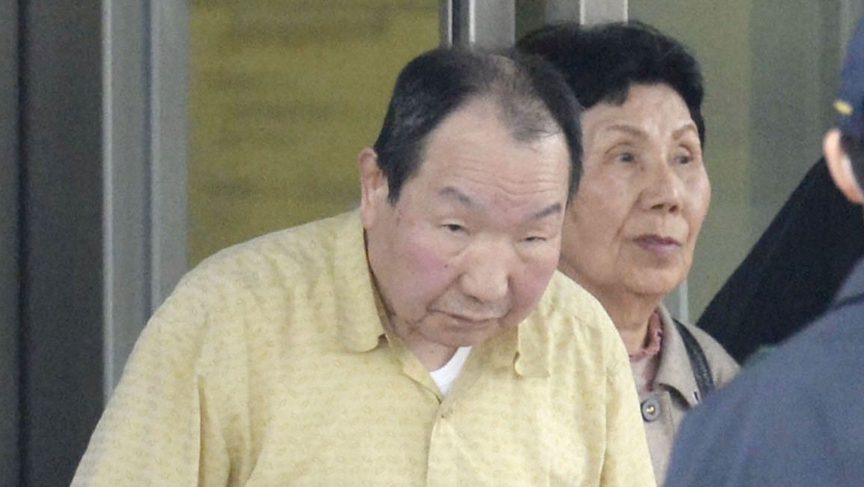 Death row inmate Iwao Hakamada (L), flanked by his sister Hideko, is released from Tokyo Detention House in Tokyo, in this photo taken by Kyodo March 27, 2014.

For the last 48 years, Iwao Hakamada woke up every morning not knowing if he would be executed.

That's how it is under Japan's capital punishment system.

Death row inmates are hanged and only discover their fate the morning of the day they will be executed. In the meantime, they live in solitary confinement kept from other prisoners and any contact with the outside world.

The excuse the Ministry gives is, "they want to not disturb the peace of mind of the inmates," said David McNeill, author of "Dead Men Walking: Japan's Death Penalty for the Asia-Pacific Journal: Japan Focus."

McNeill said there's also a belief, "that the people in prison punished of crimes should reflect on what they've done.”

The Japanese government points to different opinion polls that find between 80-to-90 percent support among the general public.

But the questions are sometimes misleading said McNeill, who is also the Japan correspondent for The Independent. And the polls, he said, don't seem to "acknowledge that mistakes are made."

"Most stunning (are) statistics (that) show a great number of cases in Japan are still determined by confessions."

Hakamada was found guilty in 1968 of the brutal murder of his boss and family. He confessed after 20 days of interrogation by police but later retracted his confession, saying he was beaten and threatened.

His defense counsel had argued for years that some of the evidence used to convict him, like blood-stained clothes, did not belong to him, said McNeill.

"And science caught up."  DNA (testing) has since proved that the blood found on the clothes did not match.

"Finally, a judge recognize(d) that it was a flawed case."

Prosecutors have said they intend to appeal Hakamada's release. But McNeill feels this won't go far.

"The Justice Ministry of Japan, which is not known for its sensitivity, may find that this is a very charged case to put an elderly man who's been cooking away in (a) solitary cell for all these years, back on trial, would not be a good move."