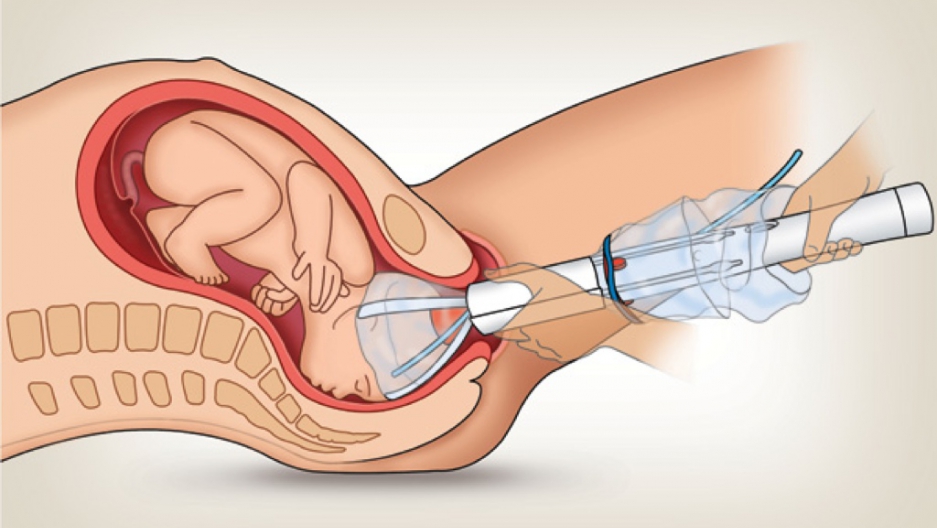 BUENOS AIRES, Argentina — Jorge Odon is sitting behind a desk in his Buenos Aires home. Wearing a striped shirt and metal-rimmed reading glasses, he gives off a schoolmasterly air as he arranges the papers in front of him.

It’s hard to believe that Odon, age 60, is a car mechanic by trade, used to getting his hands greasy at an auto shop down the road since he was 15. Now he's also the most unlikely inventor of a device with the potential to revolutionize childbirth around the world.

A few months ago he gave up his original job, handing over the reins to his son, to spend more time in the white-collar world of his air-conditioned office.

"All this has surprised me," Odon says with a serious look. "I pray to God that this doesn't change me. I just want everything to stay the same."

But things have undeniably changed. It’s been 7 1/2 years since that August night when he had his friend Carlos Modena and his wife over for dinner. He showed his old companion a trick that a couple of employees had demonstrated earlier that day in the workshop — a way to pull a cork from a wine bottle by slipping a plastic bag inside the bottle, inflating it slightly and then pulling it back out, bringing the cork with it.

He challenged Modena to remove the cork using only the implements on the table, from the metal cutlery to a small plastic shopping bag. Modena failed miserably and Odon thought nothing more of it until a brain wave in the middle of the night.

"At 3 a.m. I woke up with the idea [for the device]," he says. "I have several inventions registered, all related to mechanics. And I'm used to waking up in the middle of the night with the solutions to problems I've had at the workshop."

Odon's thought was to apply the same cork-in-a-bottle science to creating a childbirth device that might be able to replace the cruder forceps, a metal-hinged instrument, or ventouse, a suction mechanism that’s placed on the baby's head. The idea involved incorporating a similar plastic bag inside the womb to ease pressure on a birth with complications.

The original device was crude, assembled with a glass uterus at home and using one of his children's dolls, subsequently refined with the help of medical experts. Odon got several key people on board, from an initially skeptical Carlos Modena, who ended up becoming his business partner, to gynecologists to help with the fine-tuning.

"Initially I was completely surprised by the [bottle] trick that Jorge showed me," recalls Dr. Javier Schvartzman, an associate professor of obstetrics and gynecology at CEMIC teaching hospital in the Argentine capital who is leading testing.

"I thought it was a joke," he adds, explaining that he suspected he was being set up for a hidden-camera TV show.

The inventor, too, recalls the initial meeting with a wry grin, saying that the doctor was originally baffled by a mechanic explaining a new invention to him.

"I think an idea like this can only come from a mechanic like Jorge because he thinks differently from doctors," Dr. Schvartzman explains, speaking to GlobalPost from the same consultancy room where he met Odon. "He isn't tied to the rules like us — we have to follow protocols and procedures."

His view is shared by Professor Andrew Weeks, a specialist in women's health at the University of Liverpool in the UK. "Training is fantastic but it leads you down a certain way of thinking," he says via telephone. "There's great benefit from getting some thinking from completely outside the box."

That thinking has been endorsed by the World Health Organization (WHO), which has also received funding from the Bill & Melinda Gates Foundation and the US Agency for International Development, among others.

The WHO backed the initial phase of prototype testing, which has been successfully tried on 30 Argentine mothers, with another 100 due to take part in trials in Buenos Aires and the surrounding province during the course of 2014. A second phase will take the device to developing countries such as China, South Africa and India.

The organization approached US company Becton, Dickinson and Company (BD) to develop the product and make it market ready. But there’s still a long way before it’s finished and BD can start to apply to the US Food and Drug Administration (FDA), alongside other international regulatory bodies, for approval.

Yet BD’s executive vice president, Gary Cohen, says he’s “excited” by the prospect of the device and the impact it might have. “Mothers and newborns are dying needlessly from preventable causes related to obstructed labor during childbirth,” he adds.

Indeed, other procedures have their risks, particularly when applied incorrectly. The FDA issued a warning in 1998 about the potential dangers of ventouse after several reported infant deaths from subsequent hemorrhages.

The new device promises to be easier to use and administer, according to Schvartzman. That could help bring down maternal deaths in the developing world, 4 to 12 percent of which are the result of prolonged or obstructed labor, according to the WHO.

It could also have a key role to play in Africa and Asia where HIV is rampant. "Another theory is that the device can protect against the virus in vertical transmission between mother and babies," Schvartzman explains. "This is because the device fits completely around the fetal head and protects the baby against vaginal fluids, the moment when the baby is in contact with the HIV virus."

With the US National Center for Health Statistics saying that cesareans had risen to almost a quarter of all births in the US, Schvartzman suggests the device might be able to lower this figure, freeing up money and resources that could be better spent in other areas.

Major gynecology inventions are few and far between and rarely make it out of their conception phase, experts say.

"But the Odon Device keeps passing all these tests — and the closer it gets the more excited we all get that it will prove to be what we've been hoping for," Professor Weeks says.

Back in Banfield, a suburb just outside the city limits, Odon remains determined to keep his feet on the ground, despite the potential financial rewards. He continues to attend a rotary club he's been a member of for the last two decades and has no intention of leaving his neighborhood anytime soon.

"I have a big family of five children and two grandchildren," he says. "What better way than to be able to help them all?"