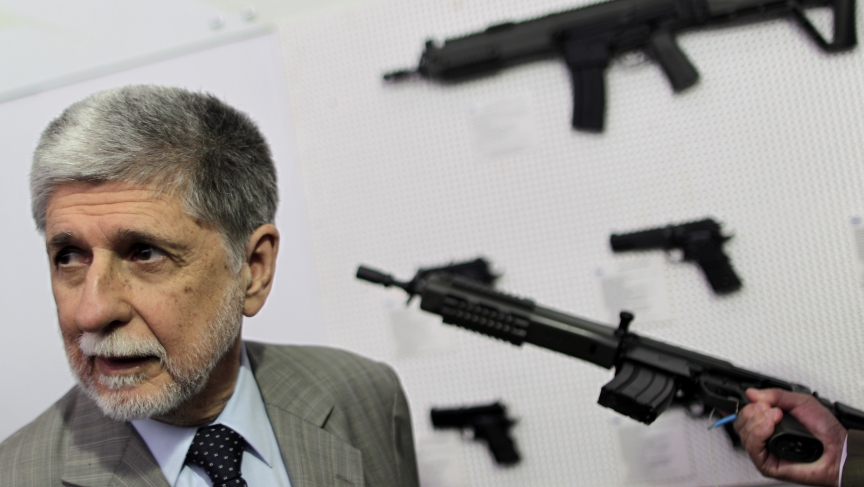 Brazil's Defense Minister Celso Amorim has agreed to investigate military facilities thought to have been the sites of torture during the country's dictatorship.

But Tuesday, its armed forces turned a corner.

The generals agreed to participate in a truth commission looking at the military's role in murders and disappearances committed after a coup in 1964.

"Brazil is the last of the modern Latin American countries to confront its dark repressive past," says Peter Kornbluh who has just returned from São Paulo, Brazil.

He says the military's turnaround is in part due to the perseverance of Brazil's leader Dilma Rousseff who this week reached out to the victims of repression.

"The president of Brazil who herself was a torture victim has stepped forward and apologized for the crimes of the military, and stated that it is important for the process of accountability and memory to have a successful truth commission," Kornbluh says. "She has validated the victims who for many years have been left in isolation in Brazil."

It was 50 years ago on Wednesday that the country's democratically elected president, Joao Goulart, fled the country and Brazil's military took control.

The US role in that coup and its support of the dictatorship that followed are still fresh in the minds of many Brazilians.

Kornbluh says Brazilians are now calling on the US to release records detailing Washington's role in those dark days.

"It would be almost a poetic, historic atonement for the United States now to turn over to the Brazilian truth commission documents that it compiled over the years on the repressive apparatus in Brazil," Kornbluh argues. "These are signficant things for the Brazilian public, they are filling the media at the moment, and hopefully will lead to a vetting of Brazil's dark past."

Because of a 1979 amnesty law, no one has ever been tried for the human rights abuses committed during Brazil's dictatorship.

The truth commission's final report is due out at the end of the year.