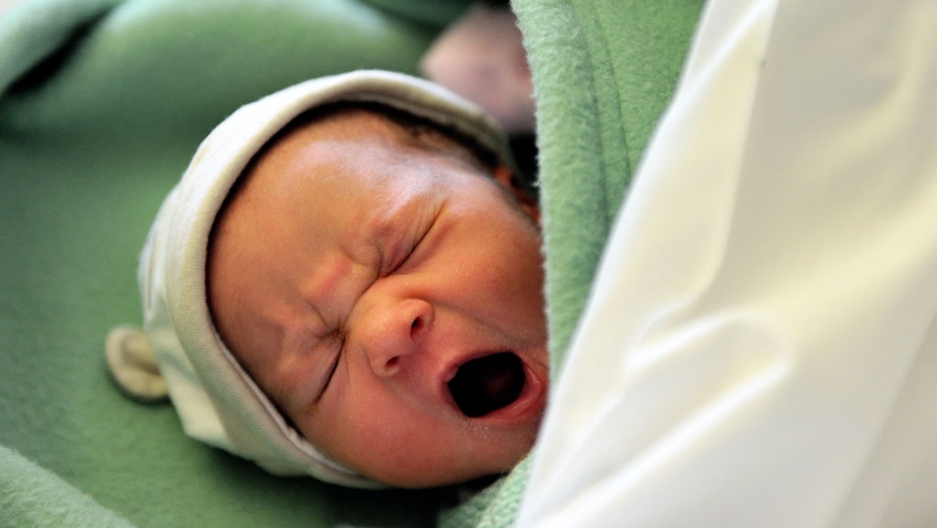 Well you can no longer name your kid "Linda" in Saudi Arabia. So there's that.

"Linda" is one of 50 names now banned in the country as of this month, according to Gulf News.

Other banned names include: Alice, Lauren, Malika (queen) and Jibreel (Gabriel). What do these names have in common?

The interior ministry finds them offensive in one of three ways:

So long, Sandy of Saudi Arabia. It's been nice knowing you. Here's the full list of Saudi Arabia's banned names. And here are 10 more countries that find it necessary to call the shots when it comes to that fateful day:

In Germany, you must be able to tell the gender of the child by the first name. "Matti," for instance, was rejected. The name also must not be considered to have a negative impact on the child's well being. An office of vital statistics, called the Standesamt, decides whether or not a name is OK. They have nixed "Stompie," and "Woodstock" as well as last names like "Kohl." "Osama bin Laden"? Not so much.

Portugal has an 80-page document outlining which names are acceptable and which aren't. For a long time, only biblical or Christian names were allowed. "Nirvana," "Olaf" and "Kennedy" didn't make the cut.

Norway's strict naming law dates from the 1800s, and is intended to protect children from names that sound or look strange, according to the AP. Acceptable names include "Dits," "Fridvall," "Glisur," "Glasius," "Wrold," "Anond," "Raabi" and "Skagj." "Gesher," not so much. A woman actually wound up in jail for two days because she refused to change her child's name from "Gesher" to something else. "Gesher," which is Hebrew for "bridge," came to her in a dream, she said.

Sweden has thwarted attempts by its citizens to name their kids "Superman," "Metallica," and the roll-off-your-tongue "Brfxxccxxmnpcccclllmmnprxvclmnckssqlbb11116."

In Morocco, there is a list of approved names that appropriately reflect “Moroccan identity.” You can name a baby “Sara” (Arabic version) but not “Sarah,” (Hebrew version).

In Japan, only official kanji may be used in babies' given names. The purpose is to make sure all names can be easily read and written by the Japanese. The Japanese also restrict names that might be deemed inappropriate. So there is no more "Akuma," meaning "devil," in case you were wondering.

Malaysia tightened up its naming law in 2006 in order to prevent such atrocities as "Hitler," "smelly dog" and "007." Malays can't name their kids "Woti," which means "sexual intercourse," nor can they name their kids after animals, insects, fruits, vegetables or colors.

In Iceland, baby names are supposed to fit Icelandic grammar and pronunciation rules — choices like Carolina and Christa are not allowed because the letter "c" is not part of Iceland's alphabet. In January 2013, a 15-year-old girl named "Blaer" won the right to keep her name, which she had been told by authorities wasn't feminine enough.