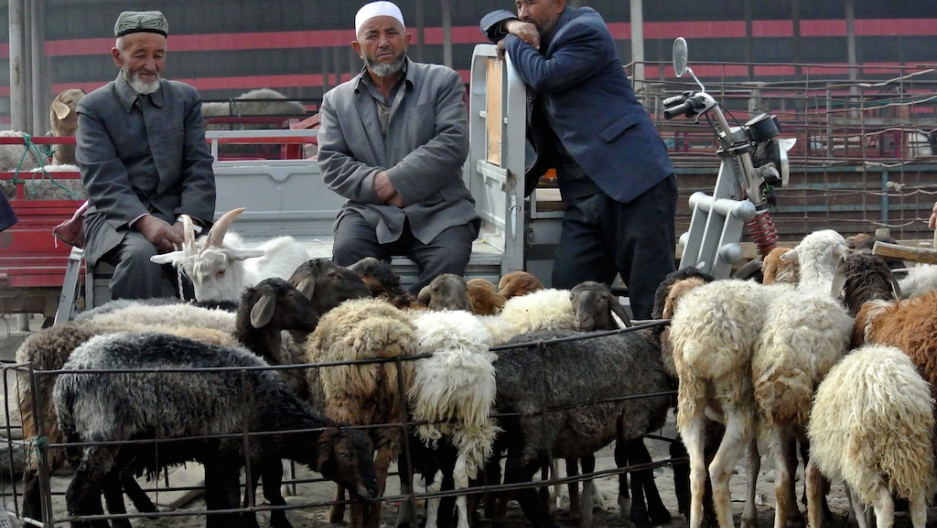 Earlier this month, a group of black-clad, machete-wielding assailants entered a busy train station in the southwestern Chinese city of Kunming and killed 29 people, leaving 143 injured.

It didn’t take long for Beijing to place the blame on Uyghurs, a mostly Muslim ethnic minority that remains concentrated in the remote northwestern region of Xinjiang bordering Central Asia, India and Pakistan.

The train station attack was perhaps the most brutal, but it wasn't the first time tensions between Uyghurs and Han Chinese have boiled over into violence.

It's not uncommon for confrontations between Uyghurs and the majority Han Chinese in the restive Xinjiang region to turn deadly.

But in the past few months Uyghurs have allegedly carried out attacks in other parts of China – including an apparent suicide attack near Tiananmen Square in October. This development that has stability-obsessed leaders in Beijing extremely worried.

As it has done numerous times before, Beijing accused the Uyghur separatist group East Turkestan Islamic Movement, which is designated as a terrorist group by the United States and United Nations, of perpetrating the Tiananmen attack. It should be noted that security analysts have played down the capabilities of ETIM and say Beijing exaggerates links to international terrorism groups.

Rights groups say Uyghurs' anger is fueled by cultural and religious oppression, police abuses, corruption and immigration by ethnic Han, which have led to discrimination and economic inequality.

Beijing blames the violence on the three "evil forces" of extremism, separatism and terrorism, and says heavy investment in the resource-rich region has improved living standards.

GlobalPost spoke to Philip Potter, assistant professor for public policy and political science at the University of Michigan, and Sean Roberts, director of the International Development Studies program at George Washington University's Elliott School of International Affairs, about the attacks and the underlying issues.

Why have members of the Uyghur community been rising up against Chinese rule in the Xinjiang region? What do they want? And why doesn’t China agree to their demands?

Philip Potter: The Uyghurs are a group of people who see themselves as independent and separate from the people who politically administer them.

Why doesn’t China agree to their demands? I think it’s because they are asking for either political autonomy or territorial concessions and that’s not something China’s traditionally been in the business of giving out.

The most important reason is that (Xinjiang) is traditionally, in their view, part of China. So if you bend on Xinjiang, you bend on Tibet and you end up eroding the idea of the Chinese nation.

If you ask a Han Chinese historian how long Xinjiang has been part of China, they will trot out maps demonstrating millennias of control and Uyghurs will do something very similar.

Sean Roberts: I think that in many ways it’s related to China’s development of the Xinjiang region over the last 20 years, but particularly in the last 10 years.

In the last couple of decades there’s been a concerted effort to develop Xinjiang, integrate it more into the Chinese state and also create a platform for expanding Chinese economic interests westward and southward.

This has put a lot of pressure on the Uyghur community in various ways. It’s brought a lot more Chinese migrants and at times displaced Uyghur populations.

It has also been coupled with various policies that while aimed at integrating Uyghurs more into the state have focused very much on assimilation tactics, including the promotion of Mandarin language, strict restrictions on Islamic religious observation and also attempts to bring Uyghurs to the interior of China for study and work.

While some Uyghurs have probably taken advantage of some of these opportunities, particularly in urban areas, a lot of the Uyghurs in rural areas are much more resistant to that.

It’s my impression that what most Uyghurs want is some sort of say about how their region is being governed and developed and some ability to maintain their culture, language and way of life.

What is the East Turkestan Islamic Movement and does it have much support among ordinary Uyghurs?

Philip Potter: At this point it’s a contested notion as to the extent to which the East Turkestan Islamic Movement exists.

I think the best you can say is there’s a loose amalgamation of people who adhere to this cause. I haven’t personally seen a lot of evidence that there’s anything like an operational command and control in that organization.

There are good reasons why it’s in the Chinese interests to make the threat seem more organized, more internationalized and more coherent than it is because the more it sounds like an indigenous, diffuse set of grievances among downtrodden people the harder it is to garner international sympathy to link it to the war on terror.

Sean Roberts: It’s difficult to say for sure. My impression is that there’s no highly organized external terrorist group that has both the resources and capacities to reach into Xinjiang.

I think the Kunming attack was likely a premeditated terrorist attack. But given the rudimentary methods used it doesn’t seem to be associated with an international jihadist group. It doesn’t have any of the markings of sophisticated bombings and suicide attacks.

Do you believe Beijing’s claim that the East Turkestan Islamic Movement was behind the attack in Tiananmen Square last year and that Uyghurs were also responsible for this latest deadly incident in Kunming?

Philip Potter: I’m pretty confident that the Tiananmen attack (was carried out by) Uyghurs. I think there’s fairly strong evidence that the Kunming attack was perpetrated by Uyghurs as well.

Sean Roberts: It seems like it (they were involved). I don’t think Beijing blames Uyghurs for things that were not perpetrated by Uyghurs.

The example is the bus bombing in Kunming before the Beijing Olympics. They explicitly said it was not Uyghurs.

I think in all likelihood these (latest attacks) were carried out by Uyghurs and most likely they were premeditated acts of terror to get out a message, but that doesn’t necessarily mean it’s associated with some larger jihadist network.

Assuming it was Uyghurs behind both attacks, does this signal a dramatic escalation in violence? Does it suggest the Uyghurs are becoming more desperate or more radicalized?

Philip Potter: It’s a big escalation in part because it signals capability. Coordinating individuals the way that the railway attack appears to have been done is a lot harder than building bombs.

(From the Uyghurs perspective) the only strategically sensible thing to do is to strike outside Xinjiang. Except for people who are specialists in this area, nobody has paid any attention when people are knifed at a police station in Xinjiang, but they do pay a ton of attention when they crash a car in Tiananmen or they knife some people at a railway station in Kunming.

So I think you have to prepare for more attacks like this.

Sean Roberts: I’m not so sure it tells us much about radicalization. I think it does suggest that a portion of Uyghurs within China are starting to resort to violence to get their message across and … it’s also notable that we are seeing this happening outside of Xinjiang.

We’ve seen lots of reports over the last several years of local groups going to police stations and then violence erupting and all those things didn’t seem to be any sort of premeditated attack.

Whereas this one (in Kunming)… on the surface it does seem to be more of an organized, premeditated attack. But I don’t think that necessarily tells us much about whether there’s a significant militant Uyghur resistance within China or not.

I think it’s frankly difficult to know if these are the acts of small groups or a deeper organization. There’s no organization immediately taking credit for them, but that doesn’t necessarily mean that there isn’t some sort of underground organization. If it is, it seems to be fairly small and very secretive.

What do you make of China’s response to the attack in Kunming and how do you think this incident will impact Chinese policies in the Xinjiang region?

Philip Potter: In a lot of ways China has a huge advantage. If you can clamp down on the discussion or control the discussion you can very much limit the utility of doing this sort of thing.

A lot of the point (of these attacks) is to spark panic and to lead to the acceptance of political demands. The public puts pressure on the government because they are scared…and that makes the government do things it might not otherwise do. Democracies are really subject to this. Autocracies are able to control the information environment a little bit more.

I think China will try to clamp down more (in Xinjiang), but that isn’t going to solve the problem — it potentially just makes it worse.

The more you clamp down, the more you increase the grievances, the more you incentivize lashing out. I don’t think there’s any part of Chinese politics that’s going to enable them right now … to try to address some of those underlying grievances, but I think that’s the only long-term way out of this.

Sean Roberts: I’m not too surprised at the initial response of the Chinese government because it's similar to its response to other acts of violence that have happened in the past.

I think it’s understandable ... that they don’t want to necessarily create hysteria. There’s obviously a lot of Han Chinese who are extremely worried about this situation and that can spiral into all kinds of retribution like we saw in 2009 in Urumqi where those tensions exploded into inter-ethnic riots.

I imagine in Xinjiang this will lead to another rounding up of suspected separatists, extremists, terrorists, whatever they want to call them, but that’s been going on non-stop for the last 10 or 20 years.

What is maybe more troubling about this particular incident is that it will probably affect Uyghurs who are living outside of Xinjiang a lot more. I could see a lot more surveillance of Uyghurs, potentially as we saw in the aftermath of the 2009 violence, preventing them from access to the internet and things of that kind.

And it probably will lead, I imagine, to more ethnic tension. In terms of policies within Xinjiang, I’m not positive that they could control things much more tightly than they do now.

Editor's note: The interviews have been edited for clarity and length.