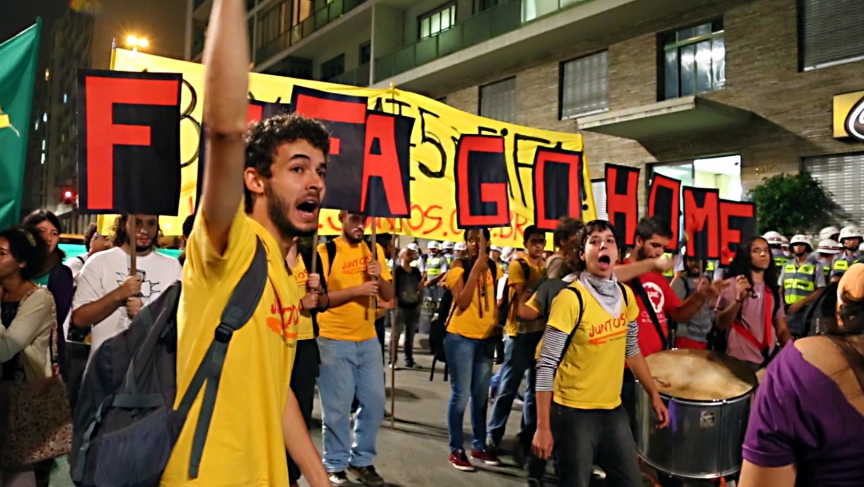 More than a thousand youth, most in their 20s, were arriving via unreliable and overcrowded trains and buses — a failing public transportation system that was, in fact, the focus of this anti-World Cup demonstration. It was the latest in a series of protests that continues to grow as the international tournament nears.

The protesters are intent on highlighting the disparity between the funding going toward the marquee global events of the World Cup and the 2016 Olympics, to be hosted in Brazil, and what they feel is the inadequate funding for Brazil’s failing infrastructure for education, healthcare and transportation.

Most of the young organizers of the movement were born right around 1988, the year Brazil’s current constitution was adopted. So most of them have never before seen their people take to the streets in protest. That’s why Tomaz Amorim, a literature student and 1988 baby, was so excited to help organize the peaceful movement for this year’s anti-World Cup protests. 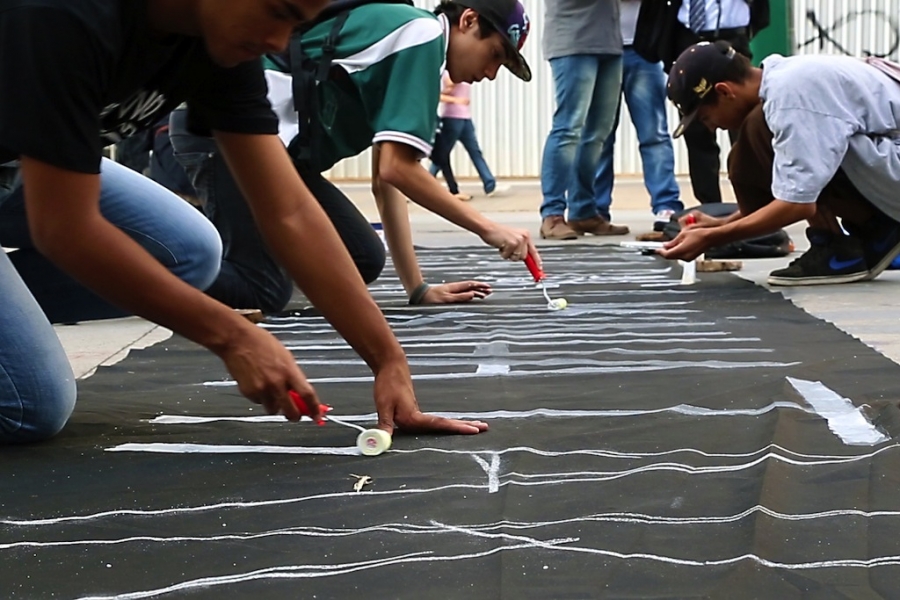 He said he feels his generation finally has a voice with which to express its frustration and disenfranchisement — many protesters told us they do not feel represented by current political structures, parties or unions — especially with his country in the global spotlight for the World Cup and 2016’s Olympic Games.

Notwithstanding President Dilma Rousseff’s assurances that the World Cup is not using public money, Tomaz feels these mega-events take funding away from services like healthcare, education and transportation. Tomaz marched at the front of the pack of protesters.

Transportation has been a hot-button issue in past protests in São Paulo, including during the June 2013 protests against bus and metro fare hikes. Critics accused the military police of indiscriminately using rubber bullets and tear gas against protesters and journalists.

The harsh response was condemned by Amnesty International, but the aggressive tactics by police have been repeated in a few of the 2014 protests, including a February rally where police surrounded and arrested about 225 demonstrators and five journalists.

At this fourth protest, there appeared to be just as many police officers present as protesters — about a thousand of each. Shopkeepers locked their doors as the parade marched by, fearing the worst from clashes between police and the small group of Black Bloc anarchists, who believe violent acts are the best way to draw attention to a cause — vandalizing banks, throwing rocks and setting off improvised explosive devices. 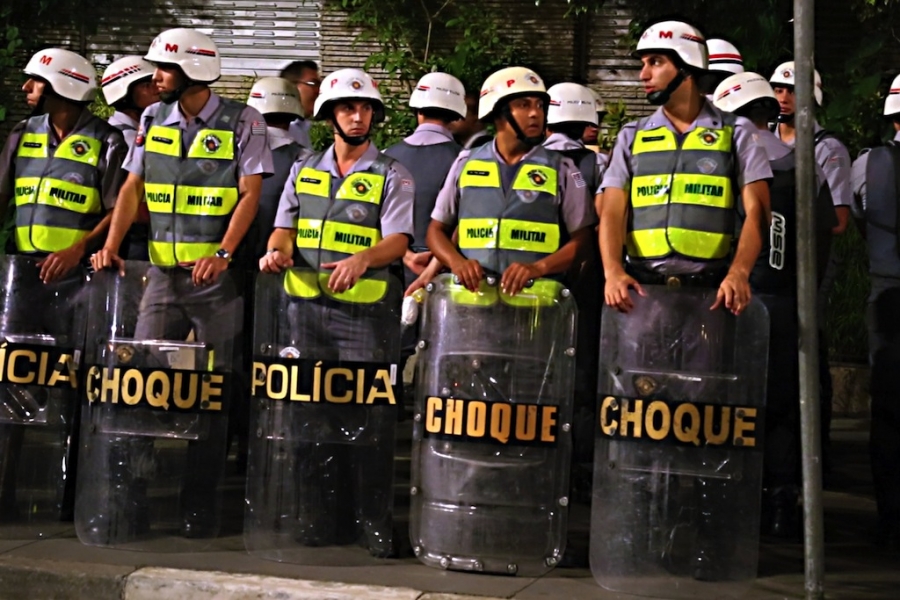 The manager of a Starbucks barricaded his customers inside the café, even as they rushed out with iPhones in hand to take photos of the passing spectacle and post them via Instagram. An adventurous tourist family, with two small children in tow, asked us if the protest was going to get violent.

“It’ll be fine, right?” said the father, camera in hand, walking away.

My colleague Fabiano and I exchanged dubious glances. But the father of this young family turned out to be right this time, as the protest ended after three hours without any reports of violence or arrests.

However, tension and hostility were ubiquitous, even if the Black Blocs apparently took a day off from raising chaos. Tomaz and his colleagues claimed a victory, and the next (non-violent) protest has already been scheduled via Facebook for April 15.

Corinne Chin is reporting in Brazil on a fellowship for The GroundTruth Project in which teams of young journalists in 10 different countries are working together on a special report titled, “Generation TBD: How millennials are facing an uncertain global economy.” Their work will be published over the next six months on GlobalPost and PRI’s The World. The project is funded by the Ford Foundation.