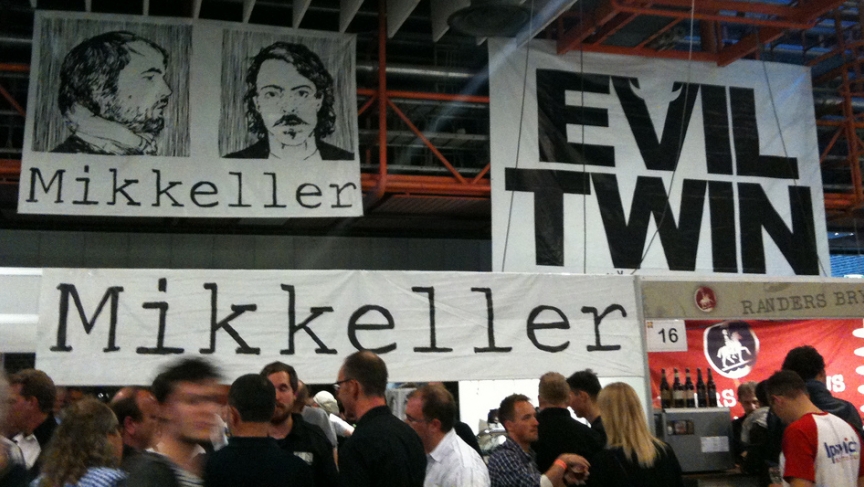 Cain and Abel, Venus and Serena, Liam and Noel Gallagher of Oasis— sibling rivalry is an age-old story. And if you're a beer lover, you may have actually imbibed the product of a sibling rivalry.

In Denmark, a rivalry has been, well, brewing between two of the country's most innovative craft brewers: Jeppe Jarnit-Bjergso and Mikkel Borg-Bjergso.

“I’m not a super, over-the-top beer geek, but if you dip a toe into the world of craft beer, you’ll hear about these two breweries that these two Danish twins run. One is called Mikkeller and one is called Evil Twin,” said Jonah Weiner, who wrote about this family feud for the New York Times Magazine.

Both Mikkeller and Evil Twin are “gypsy brewers” or “phantom brewers,” which means that they don’t have a fixed brewery. And without the expense of a fixed location, the brothers have more freedom to produce a lot of different brews each year. Mikkeller made 127 beers this past year alone.

“There is no such thing as a typical beer,” said Weiner.

Avocado leaves, five different kinds of chili peppers, black beans — those are just a few of the strange ingredients that Mikkel has used in his beer recipes, according to Weiner.

The identical twins grew up in a small town outside of Copenhagen. They both ran competitively in high school and college, they both became teachers, and they both developed an interest in craft beer.

Jeppe opened a beer store called Olbutikken. Mikkel began brewing beer to supply the store. That was the deal: Jeppe sold what Mikkel brewed. Then, Mikkel opened his own bar. This was the beginning of the rivalry that has separated the brothers.

“It was hard for Mikkel to talk about the rivalry,” said Weiner. “He describes it as a fact of being twins. They used to compete to see who could empty the dishwasher more quickly when they were little kids; they both became middle-distance runners; they were separated by one-one-hundredth of a second on the biggest race they ever ran.”

Jeppe, the youngest by minutes, even claims the rivalry started in utero.

“If it weren’t for a c-section,” said Weiner, “he would be first, but, in fact, Mikkel cut the line.”

Throughout the course of his reporting, Weiner tasted many, many beers from each and, while he won’t choose between the brothers, he does have favorite beers from each Mikkeller and Evil Twin.

“And Mikkeller does a series of beers produced by spontaneous fermentation — an old Belgian tradition of throwing open the widows of the brewery while you’re brewing, allowing for wild yeast to do what they will with the beer — where he’ll infuse things like beet root, rose hips and more traditional things, like wild cherries.”