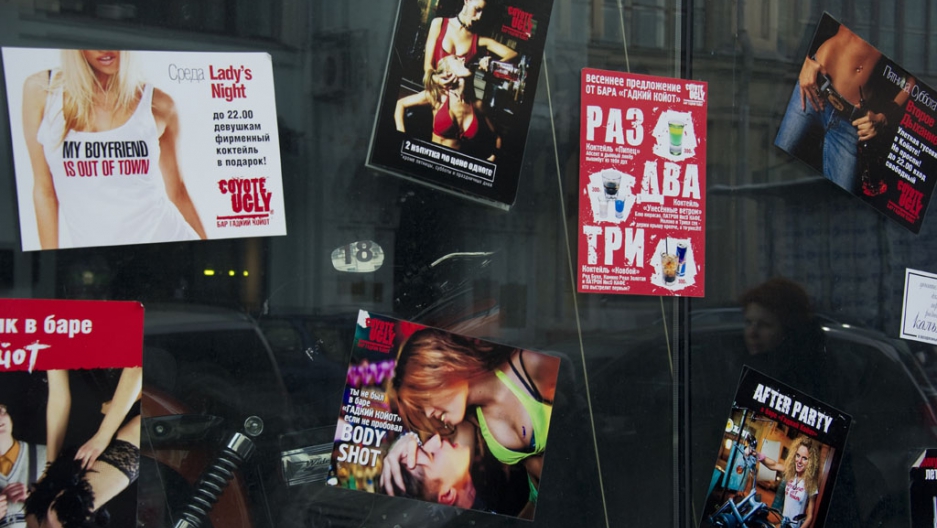 A Russian woman is reflected in a window as she walks past nightclub posters in Moscow on March 3, 2012.
Credit: JOHN MACDOUGALL
Share

Moscow’s largest gay nightclub is shutting its doors after violent attacks, ABC News reported on Friday, although the landlord told a Russian gay-rights website a local court ordered the closure.

Whatever the cause, Central Station in the Russian capital has reportedly been the target of gunfire, noxious gas, vandalism and robberies.

“All was [taken] by our enemies,” a former dancer, Alexander Moskalets, told ABC. “It’s all gone.”

Co-owner Ilja Abaturov confirmed the closure to local media March 14, with The Village reporting an arbitration court sided with the building’s owner in a lease dispute.

Central Station’s website and social media have not mentioned the closure.

After vandals attacked the club last December and stole much of its audio-visual equipment, the club’s former manager Andrei Lishchinsky wrote an open letter to President Vladimir Putin asking for protection.

He also said someone opened fire outside the club in November around the same time as a gas attack. The club has been attacked 20 times since October, The Moscow Times reported.

“These actions were obviously motivated by hatred toward representatives of the LGBT community and had a clear extremist tone,” Lishchinsky’s letter, also posted on Facebook, said.

Moscow’s LGBT community has been the subject of repeated attacks, especially since the passage of Russia’s "gay propaganda" laws.

Last year, Lishchinsky accused the club’s landlords of trying to force them from the building despite a lease that extended to 2017, Queer Russia said.

He wrote on Russian social media in January that he was quitting as manager.

“Tired of fighting with the ‘windmills,’” he said then. “It has been three years of unforgettable work in the biggest gay club in the country; a lot has been passed through: the attack of the local prosecutor’s office, and burning my car down, and the fight against the raiders… It was one of the most interesting experiences of my work in the best club in its [market] segment.”

More from GlobalPost: Did the EU just sell out Ukraine’s gay community?