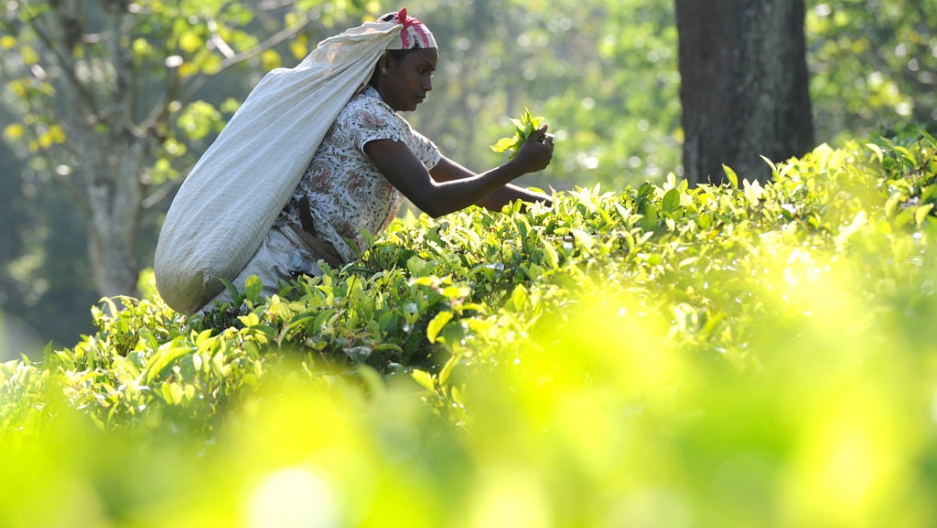 A Sri Lankan tea picker works on a plantation in the central town of Kandy on November 21, 2013. The International Monetary Fund (IMF) expects growth for the current calendar year to be about 6.5 percent, a full percentage point lower than the Sri Lankan central bank's forecast of 7.5 percent.
Credit: LAKRUWAN WANNIARACHCHI
Share

According to French credit body Coface, the world’s emerging economies are to be found in nations like Peru, Philippines, Indonesia, Colombia and Sri Lanka.

“After 10 years of frenetic growth” the emerging economies of Brazil, Russia, India, China and South Africa “are slowing down sharply,” said a report released by Coface on Tuesday.

The report said average economic growth in BRICS nations this year would be 3.2 percentage points less than the average in the last 10 years.

“At the same time, other emerging countries are accelerating their development,” Coface said.

The 10 nations to watch were chosen because they have good production prospects and the financing to support expansion.

While the PPICS are showing encouraging signs, the other nations cited in the report — Bangladesh, Ethiopia, Kenya, Tanzania, Zambia — have “very difficult or extremely difficult business environments which could hamper their growth prospects.”

That’s why they’ve been divided into two groups (and the second doesn’t seem to have a catchy nickname yet).

Here’s a closer look at the Coface 10 (with data figures from the World Bank and International Monetary Fund):

Colombia is not without its challenges. According to the World Bank, economic growth slowed to four percent in 2012 from 5.9 just a year earlier. Lower commodity prices and domestic farm protests have hampered expectations, but the government “remains committed to fiscal stability.” Unemployment dropped slightly last year to 9.9 percent.

“Colombia has maintained sound macroeconomic performance, weathering well the bouts of global economic and financial stress of recent years,” the IMF observed in a report released earlier in March.

Despite all the laurels from Coface, others suggest Southeast Asia’s largest economy faces significant challenges in 2014. Controversial mineral export bans, tighter central bank policies, tapering in the United States and a weaker Chinese economy have all affected Indonesia.

While many in Indonesia enjoying new standards of living, millions more are mired in poverty. The World Bank said almost half of all households in Indonesia live dangerously close to the poverty line of $22 per month. With that come health concerns such as infant and maternal mortality and access to sanitation.

Still, gross national income per capita climbed to $3,563 in 2012 from $2,200 a decade earlier. “Over the past decade, Indonesia has established a track record of strong economic performance and resiliency, underpinned by sound macroeconomic management and corporate and banking sector reforms,” the IMF said.

The World Bank deems Peru one of the best performing economies in Latin America, and a partnership between Peru and the World Bank focused on improving equity through social services, infrastructure and competitiveness bodes well for the South American nation. While demand for Peru’s metals in China has lessened, economists still forecasted six percent growth this year.

Rosy projections for the Philippines are a mixed blessing. Recovery from last year’s devastating Typhoon Haiyan is expected to generate 6.5 percent economic growth this year, a slight increase from earlier estimates, the IMF said.

Growth in the Philippines has averaged about five percent in the last decade, according to the World Bank, a vast improvement over the previous decades. In 2010, the Philippines grew by 7.6 percent, the highest in 30 years.

If there was ever an economic argument for peace, one might look to Sri Lanka. The island nation has gone through drastic change since the end of the brutal civil war in 2009, the World Bank noted. The economy grew about eight percent in 2011, and the resettlement of Sri Lankans who were displaced by the war is mostly complete.

Sri Lanka is now a middle-income country at peace. Its burgeoning tourism industry earned $1.4 billion in 2013, according to the the country's central bank.

Bangladesh’s “impressive track record for growth and development,” the World Bank said, has led to it “aspiring to be a middle-income country by its 50th birthday.” The World Bank has provided more than $15 billion to Bangladesh since it separation from Pakistan in 1972.

Known for being one of the world’s few Muslim democracies and the eighth most populous nation on earth, Bangladesh has been wracked by political violence of late that threatens its tremendous economic and social gains.

It’s all in hopes of Ethiopia reaching middle income status by 2025, a big job since nearly 25 percent of Ethiopia’s 91 million people are unemployed, according to Agence France-Presse.

By 2030, the Kenyan government “aims to accelerate sustainable growth, reduce inequality, and manage resource scarcity,” according to the World Bank. However, ambitious targets of 10 percent growth appear unlikely.

Recent turbulent events such as the prolonged terrorist attack inside a Kenyan mall, and national elections, had less impact on the economy than feared. The World Bank sees investment in infrastructure and domestic energy production as vital to helping pull more Kenyans out of poverty.

A growing communications industry, steady population growth and strong domestic demand have all combined to fuel Tanzania over the last decade. Slightly lower food prices and better monetary policies are also a welcome development, although food is still more expensive in Tanzania than its neighbors, the World Bank said.

Zimbabwe's President Robert Mugabe during a visit to Zambia. (AFP)

Agriculture, construction, manufacturing, transport and finance combined to drive Zambia’s GDP to 7.3 percent in 2012 from 6.8 percent a year earlier, African Development Bank figures show. At the same time, inflation declined to 6.5 percent from 8.7. Still, the poverty rate remained around 60 percent.