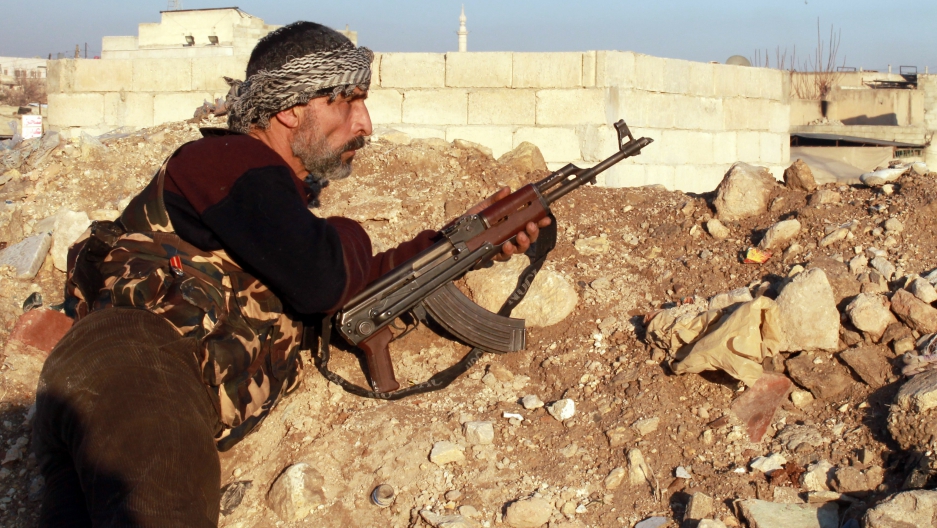 The deaths of Albanians fighting in Syria for groups such as ISIS have put the security services on alert.
Credit: Mohammed Wesam
Share

TIRANA, Albania — Police detained most of the suspects during dawn raids on two mosques in the Albanian capital earlier this month.

Observers say radical Islamic groups have operated here for decades, living mainly on the fringes of society, using websites and social networks such as YouTube and Facebook to spread radical propaganda.

Although the majority of Albanians are Muslims — at least nominally — Albanian society is largely secular.

“Jabhat al-Nusra and the Islamic State [of Iraq and al-Sham] are the only groups that are fighting to create an Islamic state where Sharia law will rule,” he said in a sermon posted on YouTube. “The Syrian Free Army ... don’t want Islam to rise up.”

The arrests follow an investigation by the general prosecutor’s office and police, who seized a Kalashnikov automatic rifle, a hand grenade and hundreds of rounds of ammunition during the raid.

It came amid growing concerns about the number of ethnic Albanians from Albania, Macedonia and Kosovo reported to have joined militant groups fighting in Syria.

Some 300 Albanian fighters have joined the militant groups Jabhat al-Nusra and the Islamic State of Iraq and Sham, or ISIS, according to the International Center for the Study of Radicalization, a think tank based in London’s King's College.

However, prosecuting them will be difficult, he says. “It’s difficult to collect evidence that will stand up in court.”

More from GlobalPost: As the Kremlin celebrates, Russia’s liberals wallow

The government boosted its counterterrorism operations after passing a number of amendments to its criminal code earlier this year. They included sentences of up to 10 years in prison for citizens who join conflicts abroad for political, ideological or religious reasons.

Kosovo has also passed a similar law, imposing sentences of up to 15 years in prison for those caught fighting abroad.

Although he supports the changes, Zoto says more must be done.

“Radicalization occurs among individuals who are sidelined from society or belong to small groups,” he says. “Having an open public debate about the phenomenon is a real deterrent.”