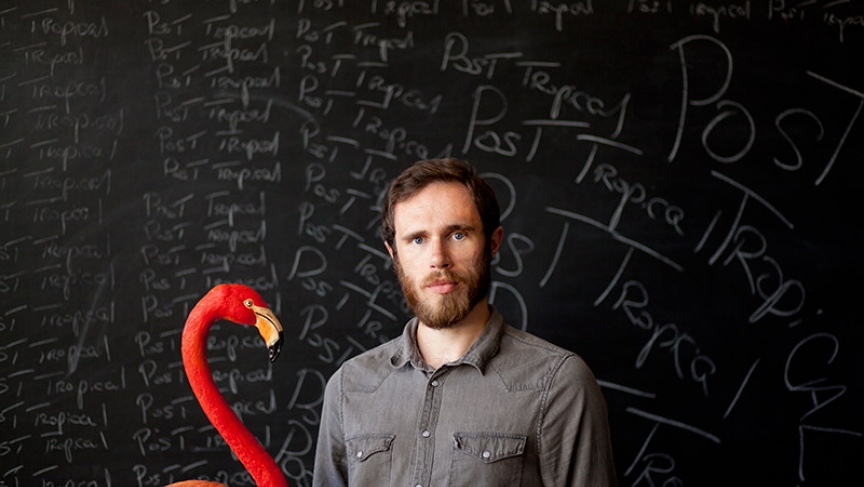 I remembered loving Winwoood's original, as well as watching the video on MTV as a kid. But McMorrow's new version, distilled to just his haunting voice and a piano, reveal the song's simple beauty, buried under layers of glossy pop production.

McMorrow said that in recording Higher Love, he wanted his approach to stand in stark contrast to Winwood's.

"If you're going to do a cover, why would you do anything other than as far away from the original as possible," he said. "I love that song, I love Steve Winwood. It's a beautiful melody, the chord structure of that song is really complex. When I used to play it on the guitar just to myself I was always struck by how interesting it was. You don't really hear it in the record because its so poppy."

McMorrow recorded the song as part of a benefit album for the Irish mental health advocacy group Headstrong.

He chose Higher Love on a whim, and after the album's release few people payed attention. But several moths later, the song was used in a European Amazon ad. Soon, the buzz around Higher Love followed McMorrow wherever he went.

"I just thought it was this pretty song that I'd sung. But then at shows people started calling it out and I'd play it and everyone would sing it and it's just one of those things," he said. "And maybe I'm exposing people to Steve Winwood, so that's good too."

In the two years since McMorrow scored his surprise hit, he's been working on his own material.

And now he's back on tour to promote his second full-length album, Post Tropical. The CD features his striking falsetto. Once shy about taking chances as a singer, McMorrow credits an unexpected source — the king of pop, Michael Jackson, for inspiring his approach.

"I read Quincy Jones's autobiography and there was a bit where he was talking about making the Thriller record, and he was saying that Michael Jackson had to sit with a vocal coach because of the keys that some of the songs were written in," McMorrow sais. "He needed to get three or four notes that he didn't have, he needed to get like an F# above middle C or something like that. And I remember thinking, 'Man, if Michael Jackson can add notes to his register, then why not?'"