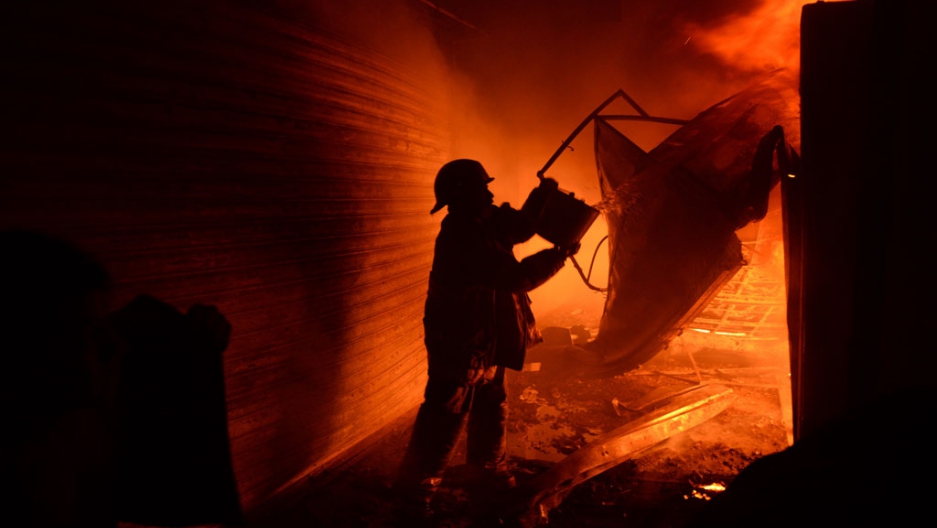 A firefighter tries to douse a fire in La Terminal market on March 25, 2014 in Guatemala City. The massive left four injured and as many as 500 small businesses destroyed.
Credit: JOHAN ORDONEZ
Share

Guatemala City — No one was hurt, but more than 500 local shops were destroyed Tuesday when a fire swept through the main market in the Guatemalan capital, La Terminal, authorities said.

The blaze, which firefighters were still fighting at 6:40 a.m., broke out for unknown reasons around 2:30 a.m. at a spot known as "La Tomatera."

The fact that many of the shops in La Terminal were constructed of wood and plastic made it extremely difficult for firefighters to put out the blaze and allowed it to spread rapidly, the spokesman for the Volunteer Firefighters, Mario Cruz, told reporters.

Columns of smoke from the fire could be seen from all over the Guatemalan capital.

La Terminal is the city's main market where hundreds of vendors from all over the country come to sell their wares.