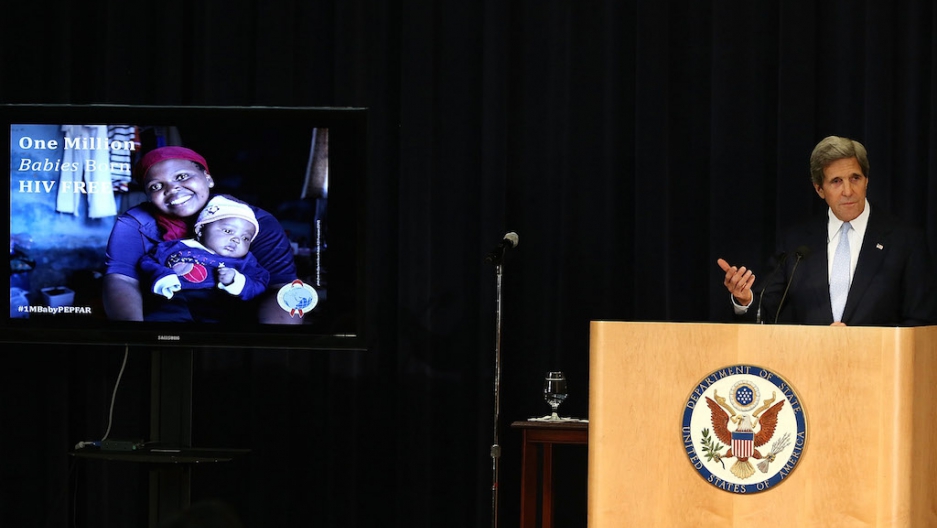 As Congress debates the global health budget in coming months, some will argue that the funding improves security. Many will call it a moral imperative. And others will say that it boosts the nation’s image abroad.

Until now, there hasn’t been much solid data to back up the last claim. But a new study provides strong evidence that at least some forms of global health aid improve public opinion about the United States in the countries that receive it.

The study, published earlier this month in the Quarterly Journal of Political Science, found that the government’s main program for addressing HIV and AIDS has significantly improved public perceptions of the US across many developing countries.

The program, known as the President’s Emergency Plan for AIDS Relief (PEPFAR), was launched under the Bush Administration in 2003. Since then, it has channeled more than $52 billion to more than 80 countries to address the HIV/AIDS epidemic. It’s the single largest expenditure in the US government’s global health budget.

The study’s authors - Australian political scientists Benjamin Goldsmith and Terence Wood and Dartmouth College’s Yusaku Horiuchi - used statistical analysis to determine the initiative’s impact. They controlled for other variables that could affect public perceptions, such as the switch in administrations after the election of President Obama. They gauged public opinion through a Gallup World Polls question about the approval of the “job performance of the leadership of the United States.”

The political scientists found that the program’s effect on opinions was substantial between 2007 and 2010. The reason: The aid was “targeted, sustained, effective, and visible.”

Since 2010, funding for PEPFAR has dropped off slightly each year. The president’s 2015 budget request includes just under $6.4 billion for the program, compared to more than $6.5 billion approved for 2013.

The authors think their findings could lead to a “virtuous circle” if global powers compete for popularity by ramping up aid.

“As great powers, especially the U.S. and China, are increasingly constrained by the costs that militarized conflicts would impose on their trade and investment interests, they may increasingly seek to pursue their international interests through currying favor among foreign elites and publics,” they write in the study. “This may compel great powers to actually do good, and to be seen to be doing so, in order to do well.”

Previous studies on the effects of aid on public opinion are sparse and have shown mixed results. Most have focused on post-conflict or disaster relief and opinions in just one country.

In President Obama’s most recent budget request, introduced earlier this month, global health funding is slightly down from last year. Although funding has increased dramatically over the past decade, it still represents less than 1 percent of the federal budget.

The study urges lawmakers to look at the bigger picture when allocating funds for global health: “Our findings suggest that policy debates about PEPFAR and similar programs should consider not only their efficacy in achieving direct goals such as fighting HIV and AIDS, but also their value in improving the donor country’s global or regional standing.”