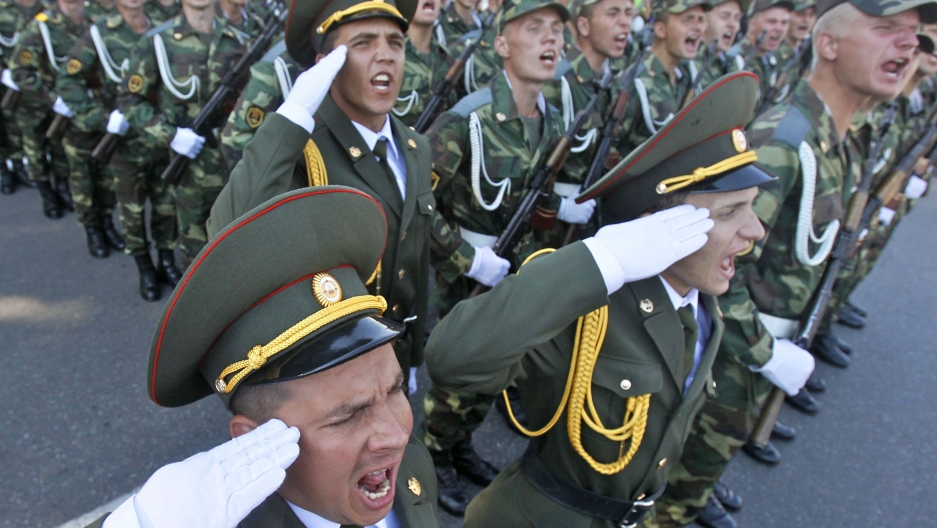 It borders Ukraine. The country it belongs to, Moldova, lost control of it two decades ago. Many of its people want it to become part of Russia. NATO’s top commander thinks the Russians want to annex it.

What’s its name? Depends on where you’re from or whose side you are on.

The region is a nightmare for the international news media, which don’t like to get caught up in linguistic disagreements that often lead to charges of bias.

Part of the confusion derives from the river that gives the region its name. In English, we call it by something close to its Russian name, the Dniester.  In Moldovan/Romanian, the river is called the Nistru. Transnistria means: “Beyond the river Nistru.”

I have to choose, and I’m calling it Transnistria. I first learned about the place while living in Moldova in 1998. My Moldovan friends — all Moldovan/Romanian speakers — called it Transnistria.

Visting Transnistria from the rest of Moldova wasn’t straightforward. The place was full of people who — then, as now — didn’t want to be Moldovan. You had to get yourself invited. Then, at a military road block that served as a border, you had to give up your passport and state your business in Transnistria. I went twice. Each time, the Moldovans who accompanied me were visibly nervous.

This is a “frozen conflict.” Six years earlier in 1992, during the breakup of the Soviet Union, Moldovan/Romanian speakers and Russian speakers fought a brief civil war. A stalemate ensued. The Russians of Transnistria had failed to stop Moldova from becoming a post-Soviet sovereign nation. The Moldovans had failed to assert control over Transnistria. Russian “peacekeepers” moved in — and have been there ever since.

Today, Moldova is a poor country struggling to become fully democratic while trying to rein in corruption. Transnistria is an ultra-poor region within it that is largely undemocratic and whose only thriving businesses rely on corruption.

On my visits, I spoke with a Russian Cossack commander who boasted of how his men struck fear in Moldovan hearts. He also showed me one of the convenience stores he said he owned. He was proud of his new-found wealth. I visited the Transnistrian Supreme Soviet with its then-new statue of Lenin. I bought a loaf of bread for tens of thousands of Transnistrian rubles.

I visited two organizations whose staff were subjected to constant harassment from authorities. There was a cable TV station — the only independent TV station in the region. It spent as much time negotiating with authorities to allow it back on the air as it did actually broadcasting. And I visited the only school left in Transnistria where the language of instruction was Moldovan/Romanian. It was so over-subscribed that teachers taught in three shifts, tripling the school’s enrollment.

People who have visited more recently say that little in Transnistria has changed, except that more ethnic Moldovans have left. And after Russia’s annexation of Crimea, the clamor to join Russia is reaching a fever pitch.