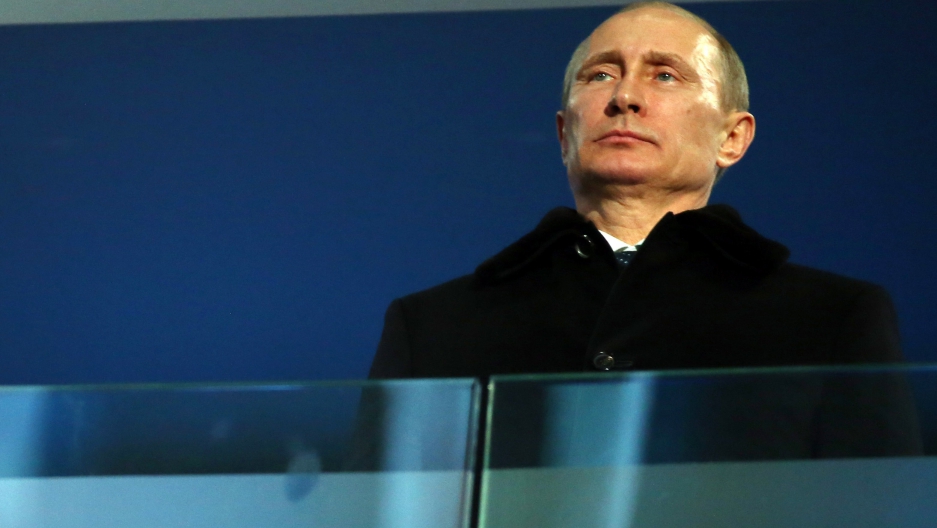 Russia's President Vladimir Putin is a man who knows what he wants.
Credit: Ronald Martinez
Share

BOSTON — Before George W. Bush got a sense of Vladimir Putin’s soul by looking into eyes, there was Tony Blair.

He traveled to St. Petersburg to meet the Russian president in March 2000 even before Putin’s first election — Boris Yeltsin had appointed him acting president during his surprise resignation from the post on New Year’s Eve 1999.

Blair expressed his confidence in the new Russian leader by inviting him to London for his first foreign visit in that role.

Putin may have been largely unknown back then, but not entirely.

His arrival in Britain was greeted by protests against the first war he launched, a brutal campaign in breakaway Chechnya, which he had vowed to conquer by wiping out separatists “in the outhouse” if necessary.

Unlike Crimea, which showed very little sign of separating from Ukraine before Russian troops snuck in last month, Chechens had already fought a war for independence from a country whose troops committed unspeakable atrocities against the civilian population.

However, if Putin hadn’t shown his true feelings toward the West by then, he did so soon after, when he repaid Blair’s early confidence in him by inviting the prime minister to Moscow. There, he proceeded to shock his British counterpart during a joint news conference by laying into the false pretexts for the looming American-led invasion of Iraq.

As the British leader stood by mutely, Putin laid into a CIA report — its notorious “dossier” — about Saddam Hussein’s military threat. "Fears are one thing,” Putin said, “hard facts are another.”

Hear, hear. A dozen years later, western observers are proclaiming that the Russian president’s own invasion on false pretexts signals the end of the post-Cold War era.

Despite recurring troubles between Russia and the West, the US and European countries believed Moscow was interested in integrating with international community until Putin surprised everyone by upending European security with his land-grab in Crimea.

More from GlobalPost: G7 ready to intensify sanctions as Russian forces seize another base

But however encouraging it is that the West appears to be finally understanding today’s Putin, continuing to see the past that way can only further cloud the formulation of how to respond. Reversing his latest challenge before it does more serious damage to Ukraine or leads to a dangerous standoff with the West requires taking a sober look at the real motives behind his previous actions.

If the Cold War era didn’t end with Putin’s election in 2000 or his snubbing of Blair in 2002, or with the arrest of Mikhail Khodorkovsky in 2003 or even after his abolition of regional elections in favor of Kremlin appointments in 2005, it certainly did in 2008.

That’s when Putin launched his first invasion of an independent country by provoking Georgia into firing the first shots of a five-day war that ended in Moscow’s recognition of two Georgian breakaway regions.

Reporting on the war from Moscow and Georgia’s pro-Russian South Ossetia region back then, I sensed the Kremlin’s rhetoric indicated that it had decided to break off relations with the West if necessary.

Putin blamed Washington for starting the war by pressuring the Georgian leader while arguments between the American and Russian ambassadors in the United Nations drew comparisons to the Cold War.

Moscow didn’t escalate its confrontation then like it appears to be doing now mostly because it felt it had won a great victory over the West and was eager to seal it by getting back to business as usual in other spheres. But the Western failure to enact a single meaningful measure despite Russia’s refusal to remove its troops from the breakaway regions surely encouraged Putin to take Crimea.

Although the US and EU have shown a far stronger response this time by targeting sanctions against some of Putin’s inner circle, the failure to take significantly more serious action against the Kremlin — as looks set to happen — will encourage it to see its latest conflict as another great victory.

As President Barack Obama meets EU leaders in Brussels to discuss the crisis this week, they must understand that only unified action would have any effect. That will prove highly difficult, not least because Moscow has been very successful at dividing European policy toward Russia by making lucrative energy and other business deals in individual countries.

They must now overcome greed and overlook short-term interests for the sake of long-term stability and prosperity by standing up for their shared values of democracy and openness. They must shore up Ukraine’s new Western-looking leaders with military and economic aid that would enable the country to withstand Moscow’s influence and aggression — while discouraging Russia from further confrontation by isolating it politically and economically with broader sanctions against Russian industry.

The fact is that Western countries are partly to blame for the current crisis.

Had they realized much sooner that the post-Cold War era was over instead of sustaining a Western-centric idea that Russia was inevitably changing its old ways, Putin might never have dared invade Ukraine. Now that he has, let’s not deceive ourselves any longer that he’s somehow changed.

He’s very much the same — it’s we who must change our ways by acting together regardless of the short-term effect on Western economies in order to avoid paying a greater price down the road.

Gregory Feifer is GlobalPost's Europe Editor and the author of Russians: The People Behind the Power.