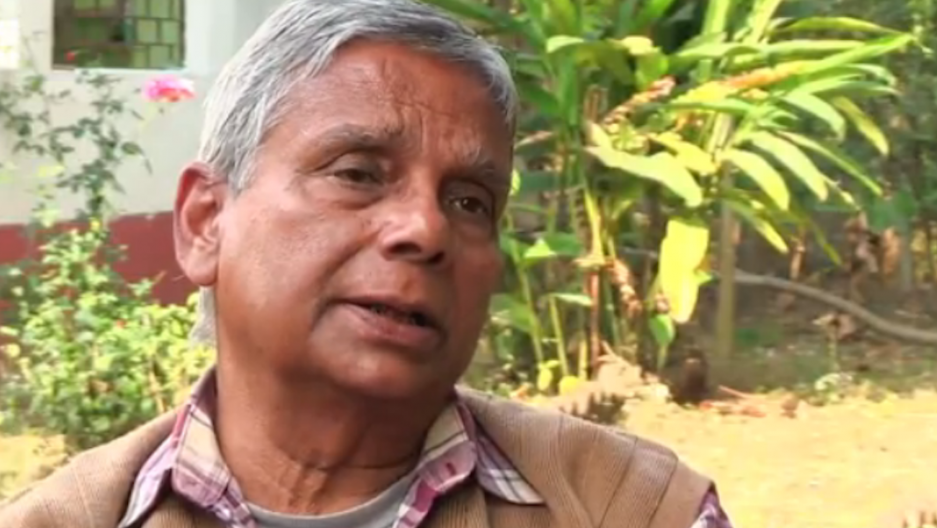 PHOOLBERIA, India — Squatting on their haunches among fruit trees and orange marigolds, barefoot villagers wait in the morning chill to see Dr. Pijus Sarkar, the only full-time physician in this remote part of West Bengal.

Many have traveled far, often by foot on pot-holed dirt roads that turn into mud rivers during the rainy season. They come because their local health provider — an alternative healer or one with no training at all — failed to help them, or even made them worse.

Their story illustrates perhaps the biggest health challenge facing the world’s largest democracy as it struggles to develop a modern identity: With most people still living in rural areas, and most doctors in cities, hundreds of millions of villagers end up gambling their health by seeing unqualified providers.

But Sarkar, who until ten years ago ran a prestigious medical school in Kolkata and headed the state’s medicines agency, hasn’t come here just to help a few thousand of his country’s needy masses. His vision is grander, and it has turned most of the medical establishment against him. He wants to train the “quack” doctors and inject them back into the nation’s ailing health care system with a newfound legitimacy.

According to recent estimates, there is just one physician per 8,333 villagers in India. Healthcare providers without a medical diploma are everywhere, though. Preliminary statistics from an all-India study suggest they outnumber qualified doctors by 23 to one in rural areas, with no sign of change on the horizon.

“You cannot wish them away, because there is a real social need,” says Sarkar, a small, folksy man of 71, who refuses to wear a white coat lest he intimidate his patients. “We thought, why not train them?”

Eight years ago he and his wife waved goodbye to their comfortable city life and poured their government pensions into Sarkar’s small NGO, Foundation for Health Action. On a scorched piece of land surrounded by tribal hamlets they built Amader Hospital, which now doubles as a school for unqualified providers.

Before Amader, the 25,000 or so small-scale farmers and manual workers in the area had to share a single doctor who commutes to the local government clinic and leaves again before lunch.

Or they could go to a self-styled medic such as Nityananda Pal, 72, who works out of a small, grimy room littered with medicine in boxes, bottles and blister packs.

Like many unqualified providers, Pal left school after ninth grade and later did a stint as a helping hand at a doctor’s office. That was 40 years ago. Since then, he has been diagnosing all kinds of ailments, treating patients and administering powerful drugs without supervision. On the floor behind him sits a dusty cardboard box full of vitamin syrups, “liver tonics” and digestive enzyme preparations. Next to it a crate is overflowing with used vials of injectable antibiotics.

“He is giving all sorts of irrational medications, cough syrups and irrational combinations of antibiotics,” says Dr. Subhasis Patra, who has been helping out at Amader Hospital for the past year. “It is all bogus, but I have a thorough appreciation for him because he is trying to help the villagers.”

By contrast, the two men from the area who went off to medical school never came back to the straw-thatched mud houses, the subpar schools and the poor patients.

India has tried to improve the situation by beefing up its rural health care facilities, but the free public clinics remain understaffed and ineffective. Many open just a few hours a day, if at all, leading even poor people to prefer private providers.

Because the quacks are already working in remote areas, Sarkar believes they could offer fast relief to the nation’s beleaguered health care system.

The project makes many of his colleagues cry foul. Training unqualified providers, they argue, is tantamount to legitimizing quackery, which is prohibited by local law.

“We are allowing quacks, by giving a short course, to experiment on the human body,” says Dr. Anil Bansal, who heads the anti-quackery cell at the Delhi Medical Council, a state body. “This is a very wrong thing.”

But the idea seems to be gaining momentum. Just a few hours from Amader Hospital, a similar program is being evaluated by US-based researchers.

Jishnu Das, a lead economist with the World Bank who is working on that evaluation, says there has been “an enormous amount of interest” in the training. If it turns out to boost students’ medical prowess, too, implementing something similar across India could be a worthwhile policy option.

“That’s where the World Bank comes in,” Das says.

So far, Sarkar and a few like-minded doctors have taught the ground rules of medical science to about 300 unqualified providers. Students say they have improved their diagnostic skills, purged the useless tonics and syrups and curbed the knee-jerk antibiotic prescriptions.

Dharanidhar Bera, a 21-year veteran provider from Rangtakhali village, says he used to give four or five different drugs and vitamins to his patients. Now he has slashed his use of medicine by half, meaning precious savings and a smaller risk of side effects for his customers.

For Sarkar, this is just the first step. “Of course we can set up a model, but we cannot multiply it,” he says. “It is up to others to come and see for themselves.”